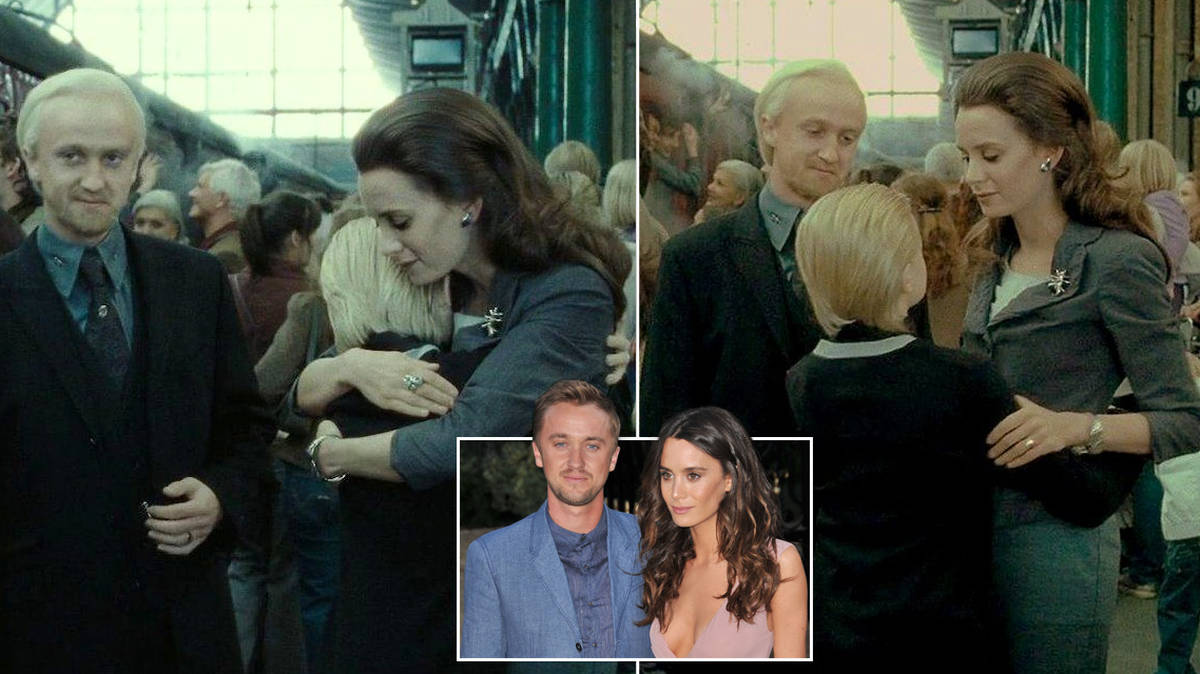 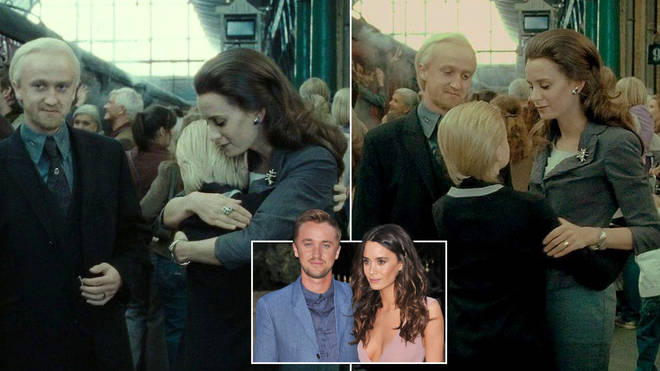 Tom Felton’s girlfriend is in Harry Potter too.

Tom Felton’s ex-girlfriend was cast as his wife in Harry Potter and The Deathly Hallows Part II.

If you’ve watched the Harry Potter franchise approximately 18 times over lockdown, you might think you know pretty much everything there is to know.

But some fans have only just discovered that Tom Felton’s ex-girlfriend actually starred in The Deathly Hallows Part II.

Cast your minds back to the final scene of the final film and you’ll remember the moment Harry Potter (Daniel Radcliffe), Ron Weasley (Rupert Grint), Hermione Granger (Emma Watson) and Draco Malfoy sent their kids off to Hogwarts.

Well, it turns out Draco’s wife, Astoria Greengrass, was played by his actual girlfriend at the time, Jade Olivia. After coming to the realisation, one person wrote on Reddit: “That’s such a cool thing for them to do.”

“That’s sweet,” said another, while a third added: “No way!”

Tom has previously spoken out about the decision to have his girlfriend alongside him in the scene, telling MTV: “She was at first reluctant, but I pulled her arm and twisted it.

“She was filming with me for three days at King’s Cross; we were very excited.”

The couple were together for seven years while Tom filmed for the franchise, but they split in January 2016. 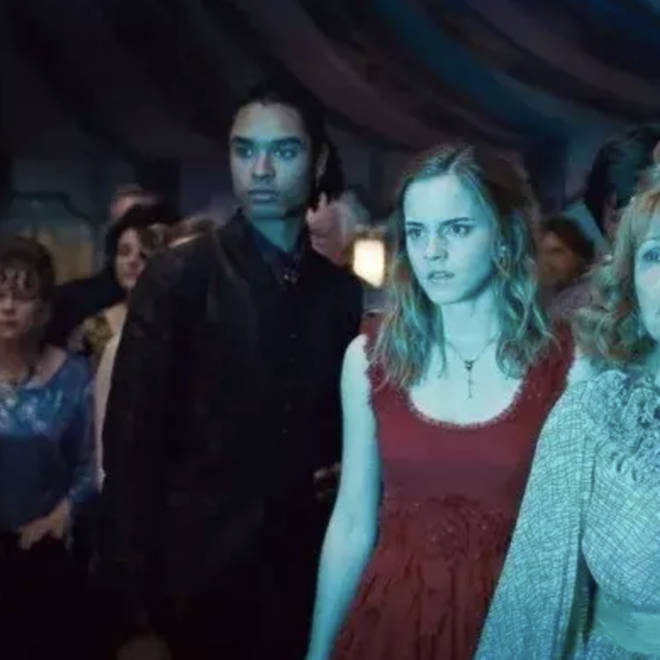 This comes after some people also recently noticed that Bridgerton’s Duke of Hastings had a small part in the same film.

31-year-old Regé-Jean Page appeared in the Deathly Hallows back in 2011 where he had a small ‘unnamed’ role.

One excited viewer shared the bombshell on Twitter, writing: “REGÉ-JEAN PAGE AKA THE DUKE OF HASTINGS AKA SIMON BASSET IS IN HARRY POTTER AND THE DEATHLY HALLOWS.”

He then added: “He can be seen at the wedding next to Hermione when Kingsley sends his Patronus.”

If you wanted more info about Regé-Jean, he has also starred in shows such as For The People, Casualty, Waterloo Road, Fresh Meat and Sylvie’s Love.