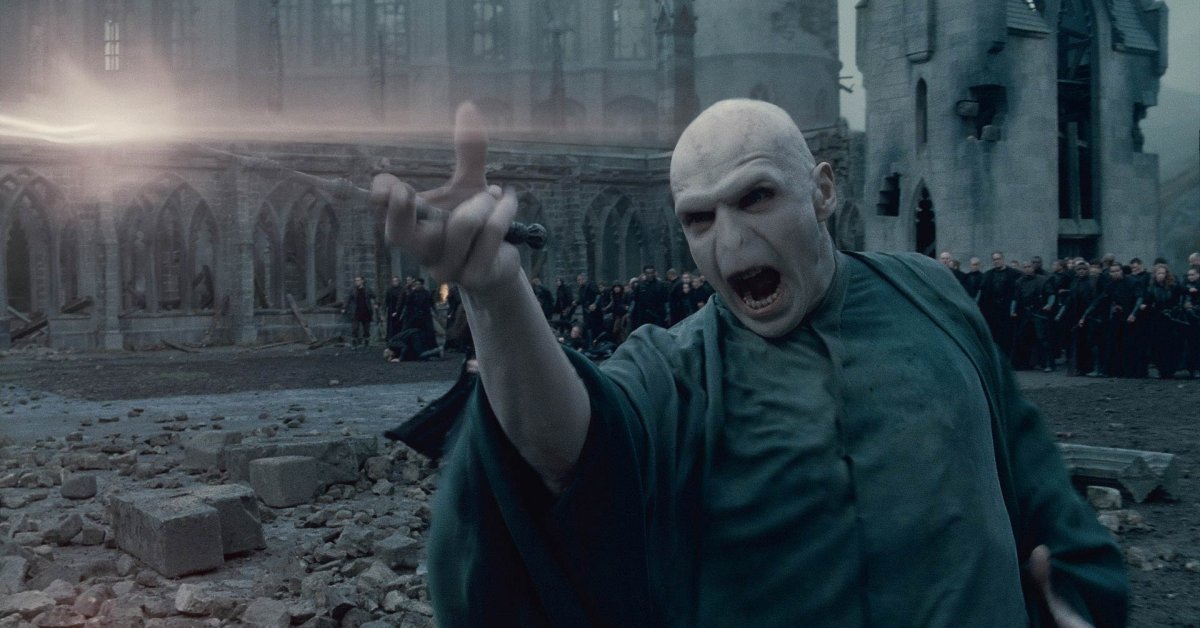 It’s officially been 19 years since Harry Potter defeated Voldemort to end the Second Wizarding War, which means this year’s Battle of Hogwarts anniversary is the last before the events of The Deathly Hallows epilogue — and subsequently, The Cursed Child play — take place.

On May 2, 1998, Harry famously cast the Expelliarmus charm that overpowered Voldemort’s Avada Kedavra curse, finishing off the Dark Lord once and for all. But the Potter train certainly didn’t stop there. In the time since her series’ epic 2007 conclusion, J.K. Rowling has kept fans enthralled with a stream of new information about the lives of her characters in the post-He Who Shall Not Be Named wizarding world.

Here are 10 major Rowling revelations about what Harry, Ron, Hermione and the rest of the magical gang have been up to over the past two decades.

Love was in the air:

Not only did Harry and Ron marry Ginny and Hermione, respectively, but Luna Lovegood and Rolf Scamander, Neville Longbottom and Hannah Abbott, Draco Malfoy and Astoria Greengrass, and George Weasley and Angelina Johnson also all tied the knot. Harry and Ginny went on to have three kids — James Sirius, Albus Severus, and Lily Luna — while Ron and Hermione popped out two of their own — Rose and Hugo.

The Golden Trio took over the Ministry:

Following Kingsley Shacklebolt’s appointment as permanent Minister for Magic, he chose Harry to be head of the Auror department. Ron became an Auror as well, while Hermione worked her way up in the Deptartment of Magical Law Enforcement.

“Harry and Ron utterly revolutionized the Auror Department at the Ministry of Magic. They are now the experts. It doesn’t matter how old they are or what else they’ve done,” Rowling told TODAY, adding that Hermione’s “brainpower and her knowledge of how the Dark Arts operate would really give her a sound grounding.”

Although Harry and Ron never returned to Hogwarts to finish their seventh year, Hermione put in the effort to get her N.E.W.T.s.

“She would definitely, definitely go back, and she would want to graduate,” Rowling explained during an interview with PotterCast. “She went with Ron and Harry because she has a really good heart. That’s not about brain. Ultimately, she had a bigger heart than she had a brain, and that’s saying something for Hermione. But was she naturally drawn to battle? No, she wasn’t…She would be glad to go back to school, be glad to get back to study, and then would join them at the Ministry.

After playing professionally with the Holyhead Harpies, Ginny became the Senior Quidditch correspondent at The Daily Prophet.

Inspired by his love of plants and fungi, Neville became the new herbology professor at his alma mater. However, he first served a short stint as an Auror alongside Harry and Ron, helping to clean up any remaining corruption in the aftermath of the war.

But his parents never recovered:

According to Rowling, Alice and Frank Longbottom were eventually moved to the incurable wing of St. Mungo’s Hospital for Magical Maladies and Injuries to continue treatment for their torture-induced insanity.

“I know people really wanted some hope for that, and I can quite see why because, in a way, what happens to Neville’s parents is even worse than what happened to Harry’s parents,” she said. “The damage that is done, in some cases with very dark magic, is done permanently.”

Harry and Dudley maintained a relationship:

The once-estranged cousins made amends after Dudley’s admission that Harry wasn’t a “waste of space” and remained on “Christmas-card terms” as they grew older. However, their relationship never blossomed into a true friendship. “They would visit more out of a sense of duty and sit in silence so that their children could see their cousins,” Rowling told fans during a 2007 Q&A.

Teddy Lupin was loved by all:

The orphaned Teddy was raised by his grandmother Andromeda, but had several surrogate parents, including his godfather Harry. He went on to date Victoire Weasley — the eldest daughter of Bill and Fleur — who he was caught snogging in The Deathly Hollows epilogue.

Snape was remembered as headmaster:

Despite the conspicuous absence of Snape’s portrait during Harry’s final visit to Hogwarts’ headmasters office in The Deathly Hallows, Rowling has explained that Harry would make sure his sacrifice was not forgotten.

“Snape had effectively abandoned his post before dying, so he had not merited inclusion in these august circles,” she said during a web chat. “However, I like to think that Harry would be instrumental in ensuring that Snape’s portrait would appear there in due course…Harry would ensure that Snape’s heroism was known.”

The trio went down in Chocolate Frog card history:

Harry, Ron and Hermione were all immortalized on Chocolate Frog cards — an accomplishment that Ron, of course, described as “his finest hour.”

Microsoft Vs Sony Revenue each Year

Daniel Radcliffe & 9 Other Actors Who Refused To Return To...