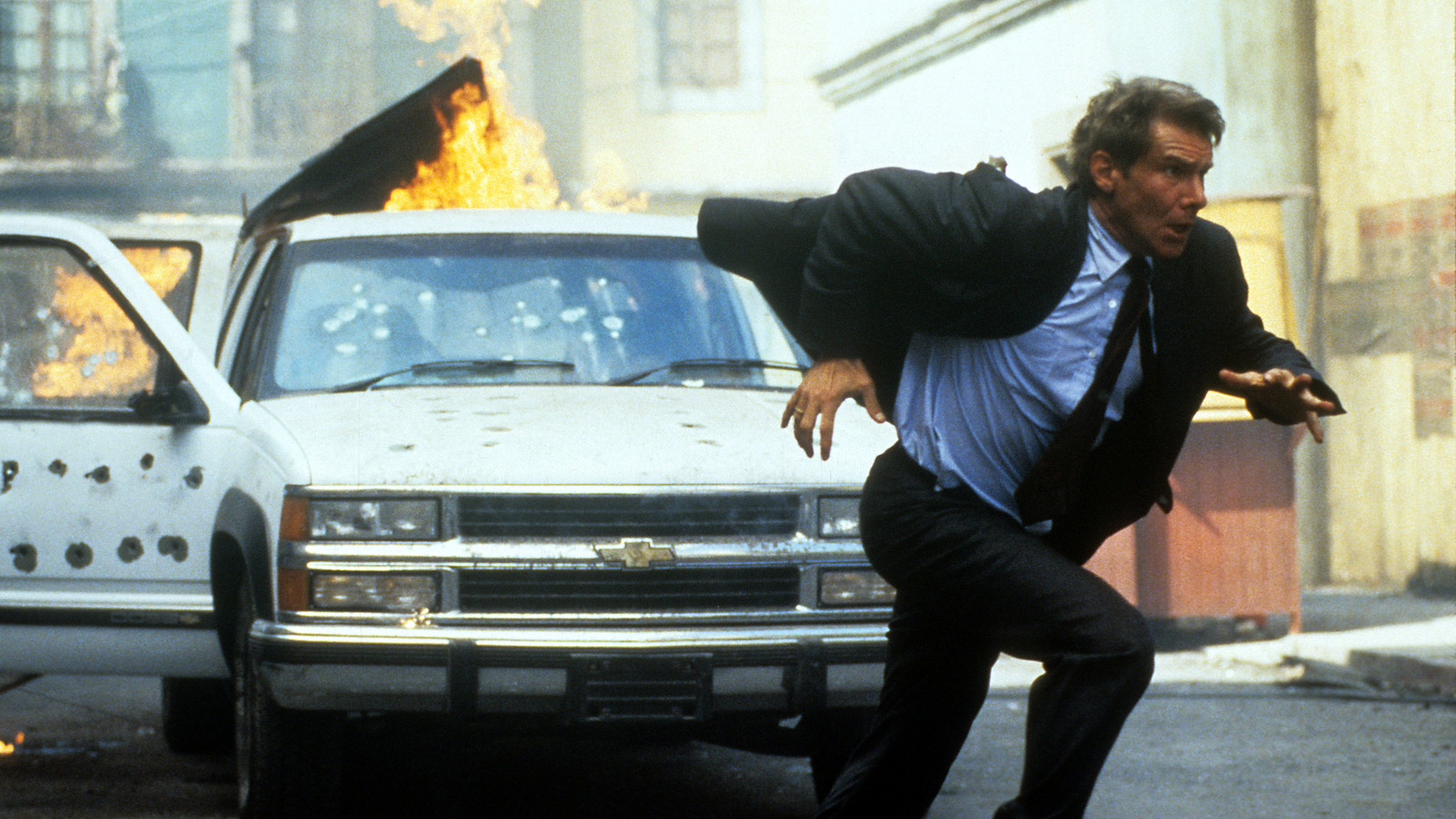 In an interview with Vanity Fair, the newly-minted octogenarian says, “I never considered myself to be an action film actor. There was action in the films that I was involved in, but they weren’t specifically, fairly described as ‘action films.'” I mean, you’re running away from the rear-projection of a derailed train in the poster of “The Fugitive,” but do go on, Mr. Ford:

“I did Jack Ryan movies, which had action in them. ‘Air Force One’ was an ‘action’ film… Rather than just being based and founded on a belief in kinetic activity being sufficient to build a movie around, they had a story. They had a plot, they had characters, they had conflict. So I didn’t consider them action films.”

Craig R. Baxley’s “Stone Cold” had a plot, characters and conflict. Does this mean the Brian Bosworth star vehicle in which heavily armed bikers storm the Mississippi State Capitol (eerily presaging the failed January 6 insurrection) isn’t an action movie? Does this make it a political thriller? Unfortunately, the Vanity Fair interviewer failed to get Ford’s thoughts on “Stone Cold,” so we’ll never know.

Ruben Randall - August 1, 2022 0
Actress
Rebecca Ferguson addresses work dynamic with Hugh Jackman: ‘I feel so protected’Rebecca Ferguson recently sat down for a chat and got candid about her...