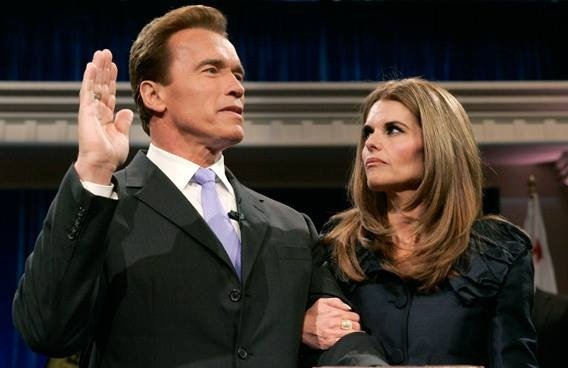 Arnold Schwarzenegger is one of the renowned faces in bodybuilding as well as acting. His talent and skill in these fields are not hidden from anyone and he is admired by his fans. Arnold and his ex-wife Maria Shriver went through a divorce, not too long ago, after spending 25 years of their lives as partners.

The two even tried couples therapy to stitch their torn relationship, but in the end, it didn’t work.

The action king experienced a downfall in his love life when his ex-wife Maria Shriver broke up with him in 2011. It happened after it was disclosed that he had a son with one of the housekeepers, Mildred Baena.

Arnold Schwarzenegger was invited to Howard Stern’s Sirius XM show in 2015. There, the legendary bodybuilder opened up about his divorce from Maria.

The icon also shared the fact that they went for couples therapy. Calling it his ‘biggest mistake,’ Arnold unveiled his disappointment.

“Because the guy was so full of sh*t. He said more crap and more nonsense,” said the actor and bodybuilder. “It was absolutely totally counterproductive to our future relationship, or to any hope to get together or anything like that. It was just nonsense talk.“

The 75-year-old also revealed that it was initially Maria’s idea to try couples therapy. Although his intuition didn’t support it, Arnold chose to follow his then-wife’s suggestion.

All in all, things turned out to be against his will and led to a setback. The former governor of California deeply regrets breaking Maria’s trust back then. Nonetheless, he finally spoke up and accepted his fault in front of the entire world.

What does Arnold think of his kids?

One name that can never go unnoticed in the history of bodybuilding is undoubtedly Arnold Schwarzenegger. The legend fathers five kids in total, four from his ex-wife Maria Shriver.

On the same show, Arnold said that he is on grand terms with his children and gave them a 10 on 10. Maria, Christina, Patrick, Christopher, and Joseph are the legend’s five offspring.

Alison Brie and Dave Franco’s Best Quotes About Their Relationship

Ruben Randall - July 10, 2022 0
Money
There have been a lot of huge celebrities that have their roots in the Garden State, but there can only be one most famous...