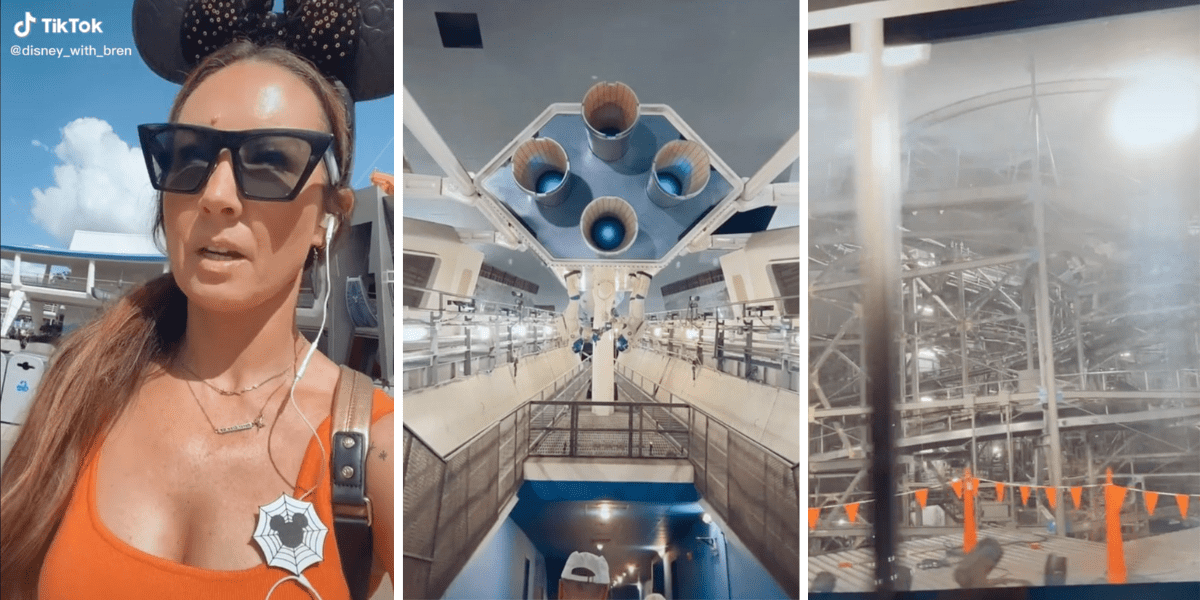 For many Disney Parks fans, it’s a dream to see Space Mountain with the lights on. The mysteriously dark coaster simulates zooming through space on a rocket, zipping around fast turns and over hills.

Seeing the Disney Park rollercoaster with the light on is mostly a matter of luck. But one TikToker offered a hack this week for the best opportunity:

The TikToker also provided jaw-dropping footage of the lit-up coaster, which looks much more cramped than it seems onboard.

Of course, the lights won’t be on just because Space Mountain is broken down. But it’s worth a try for any die-hard Disney Parks fans who want to live their galactic dreams!

Related: TRON Coaster Shows Age, Weathering Before It Even Opens

Blast off on a rip-roaring rocket into the furthest reaches of outer space on this roller-coaster ride in the dark.

Zoom Through the Galaxy

Dip and careen into the inky blackness as a futuristic soundtrack echoes all around you. Fly past shooting stars and celestial satellites. Roar past streaking orbs of light, wayward comets and migrant meteors. Feel the pull of gravity as you’re drawn into a swirling wormhole!

Have you ever seen Space Mountain with the lights on?

Despite His Outright Fame and $300M Net Worth, Phil Mickelson Once Failed to Succeed...