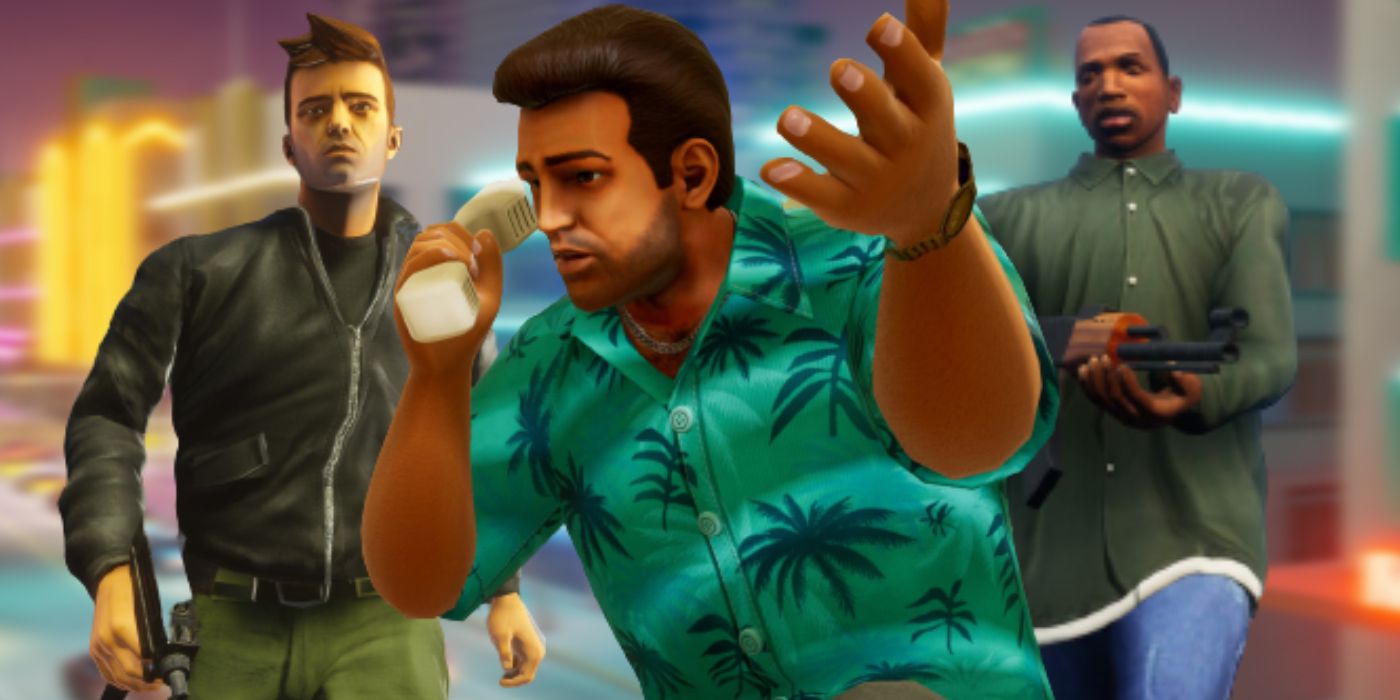 Following the trailer for Grand Theft Auto: The Trilogy – Definitive Edition, some fans have taken to social media to criticize its art style.

While no footage or screenshots were publicly revealed until today, numerous leaks suggested that the collection would amount reach the speculated major graphical overhauls’ standards. The upcoming title’s PC requirements appeared to be loftier than expected, seemingly confirming theories that the game would include improved visuals. Sizing up to around 45 GBs and requiring at least 2 GBs of video RAM, GTA trilogy remaster system specifications were higher than that of Grand Theft Auto 5 and were revealed to feature new high-resolution textures, increased draw distances, new lighting, and modern controls. Nonetheless, its graphics were stated to be largely the same as they appeared during the 2000s, seeing only slight enhancements – which some fans ultimately believe to be erroneous.

Related: GTA Trilogy – The Definitive Edition Leaks: Everything We Learned

Following the full trailer reveal of Grand Theft Auto: The Trilogy – The Definitive Edition, many fans took to social media to criticize its new art style and visual representation. The remaster was developed on Unreal Engine 4 instead of the previous RenderWare, and some compared it to other popular titles that either look similar or used the same technology. This includes titles like Fortnite, The Sims, and Roblox, which most comments show distaste for, due to the art style appearing more cartoonish and not reflecting realism. One popular YouTuber, Thafnine made fun of the remaster’s appearance by stating that Rockstar Games had “hired that man.” This is a reference to YouTubers who create Unity and Unreal Engine fan project remakes of popular titles and showcase them for fun.

The trailer was super overwhelming, but I hate how the characters look less intimidating and more like the Sims now. pic.twitter.com/eg2pIi5sRC

Although the new title is receiving significant improvements, this contempt is fully pointed at the GTA trilogy remaster’s characters and how Rockstar decided to take a more of a cartoon-style approach. That being said, the trailer appears to indicate that the upcoming GTA trilogy remaster improves the classic title’s visuals, with Rockstar potentially living up to its original vision for the Grand Theft Auto series. Rockstar has used comic-book-style artwork for its Grand Theft Auto video game covers since the release of Grand Theft Auto 3 and this art design choice could be the closest the company has come to bringing its trademark covers to life.


Sam is a narrative designer and writer from Florida. Having studied game design and comms, he loves to keep up with industry news, work on indie projects and talk about retro gaming. You can follow him on Twitter @scriptslash

Ruben Randall - January 24, 2022 0
Money
HATICE GOCMEN/iStock via Getty ImagesUnless you have slept under a rock in the past three months, you probably have noticed...