Gervonta Davis will become the most significant Pay Per View star in the United States over the next twelve months as Deontay Wilder considers his future.

Wilder is yet to make an official decision regarding his return to the sport following two losses against Tyson Fury.

The Fury trilogy proves to be the catalyst for Wilder becoming an exclusive PPV star in America. Every time he competes now will be on the paid platform.

Davis is second only to Wilder at the moment as Mayweather Promotions continues to push ‘Tank’ as their number one Pay Per View guy.

Should Wilder walk away now or in the next twelve months, Davis will be miles ahead of the next contender in line as the top name on PPV.

Errol Spence will aim to prove his worth against Yordenis Ugas on April 16. But with Floyd Mayweather pulling power, Davis will stay ahead of Spence unless ‘The Truth’ can secure an undisputed clash with Terence Crawford.

Even then, that overtaking would only be for one fight.

As he continues to rise through the weights taking on champions, Davis will only enhance his reputation. Mayweather certainly won’t be happy until his man regularly secures over half a million sales.

Wilder showed against Fury that the interest in Pay Per View remains high, if not as significant as when Mayweather was in his pomp.

In total, Wilder’s four PPV fights generated two million buys. A solid representation from the most well-known boxer in the US. 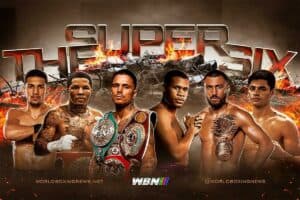 Davis has some way to go having sold just over 500,000 over his last three contests. But the signs are there that ‘Tank’ will only improve those numbers.

The way to do that is to put huge names alongside him on the poster. Any of the top five would do that for Davis.

George Kambosos, who holds three versions of the lightweight crown, will be ordered to fight Davis by the World Boxing Association later in 2022.

That situation happens, provided he comes through Devin Haney, another fighter on the top five list. The other three are Teofimo Lopez, Ryan Garcia, and Vasyl Lomachenko.

This scenario is where Mayweather should be aiming for Davis and no doubt where they’ll be looking soon.

Once he breaks the half a million barrier, there’ll be no looking back for Gervonta Davis.

Phil Jay – Editor of World Boxing News since 2010 with over one billion views. Follow WBN on Twitter @WorldBoxingNews.

Cheney and Kinzinger deserve our support to save the soul of the Republican Party...

Ruben Randall - April 20, 2022 0
Actor
NEWYou can now listen to Fox News articles! Joseph Baena is honoring his mom on her birthday.The 24-year-old took to Instagram on...