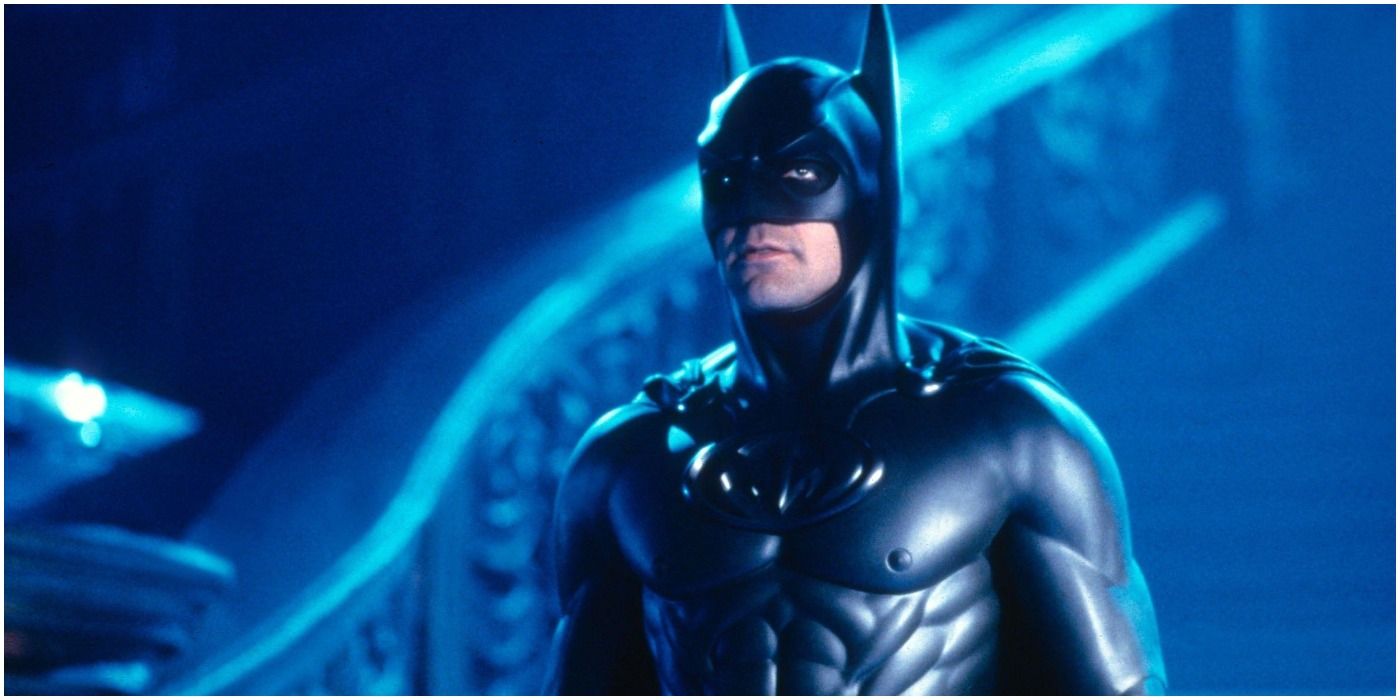 George Clooney’s infamous nipple suit from Batman & Robin is up for auction with an opening bid set at $40,000 for the piece of film history.

George Clooney’s infamous nipple suit from Batman & Robin is up for auction with an opening bid set at $40,000 for the piece of film history. Tim Burton pioneered Batman on the big screen with his 1989 film, Batman, and its 1992 sequel, Batman Returns, before he handed the reins off to Joel Schumacher for 1995’s Batman Forever. Though the gothic director remained on board as a producer, Schumacher’s take on the DC property differed greatly from Burton’s, the former taking inspiration from Dick Sprang’s comic books and the 1960s television series.

Released in 1997, Schumacher’s Batman & Robin was the first film in the series made without Burton’s involvement. The movie recast Clooney in the lead role, who donned a Batsuit with pronounced plastic nipples and teamed up with Chris O’Donnell’s Robin to prevent Arnold Schwarzenegger’s farcical Mr. Freeze and Uma Thurman’s Poison Ivy from taking over the world. Batman & Robin also marked the first live-action appearance from Batgirl, played by Clueless’ Alicia Silverstone, who assists the titular heroes in their fight against the two villains. The film disappointed at the box office, was lambasted by critics, and now frequently ranks among the worst films ever made. The nipples sculpted onto Clooney’s Batsuit is one of the most memorable and maligned choices from the film.

Related: Robert Pattinson Is Right, There Are NO Bad Batman Movies

Now, 25 years after the release of Batman & Robin, Clooney’s infamous nipple suit is up for auction with an opening bid set at $40,000. According to details provided by Variety, the auction will be part of Heritage’s Hollywood & Entertainment Signature Auction which is set to take place later this month from July 22-23. In a statement, Heritage Auction’s executive vice president Joe Maddalena proclaimed that Clooney’s nipple suit is “easily the most famous – and infamous – Batman costume ever designed,” hence the high asking price.

Clooney’s nipple suit isn’t the only famous Batman prop coming to auction later this month. Jack Nicholson’s iconic purple Joker suit from Burton’s original Batman will also be on sale with an opening bid set at a whopping $65,000, as well as The Riddler’s walking cane which Jim Carrey used on Batman Forever, starting at a slightly more modest $8,000. Even though it’s not the most expensive item up for auction, Clooney’s Batsuit is likely the most prized prop prospectors will try to get their hands on due to its infamous place in film history.

Batman & Robin released in theaters 25 years and has been followed by multiple successful iterations of Batman from Christopher Nolan and Matt Reeves, yet Clooney’s Batsuit is still often a topic of heated debate. Just last month, Burton slammed Warner Bros. for approving the nipple suit. But to Schumacher’s credit, the late director never apologized for or wavered on the controversial Batsuit before his death in 2020 and thus, maintained the integrity of his vision. Now, someone who appreciates the nipple suit as much as Schumacher will have the chance own the infamous piece of film history later this month.

Next: Batman & Robin Secretly Had A Batman Movie’s Most Profound Moment Ever

Adam Bentz is a news writer for Screen Rant with an interest in a wide range of movies and television, though it was revered auteurs like Quentin Tarantino, Paul Thomas Anderson, and Aaron Sorkin who ultimately sparked his interest in the craft. Motivated by his love for the screen, Adam studied creative writing with a concentration in screenwriting at Southern New Hampshire University.

After graduating, Adam proudly interned as a writer for The Borgen Project, a nonprofit organization working to end extreme poverty. Other than covering news for Screen Rant, Adam reviews films on his website adambentz.wordpress.com and can be found on Twitter @adam__bentz

Ruben Randall - April 2, 2022 0
Money
Miley Cyrus has tested positive for COVID-19 following her recent tour of South America. But the pop singer has no regrets: “Traveling around the...