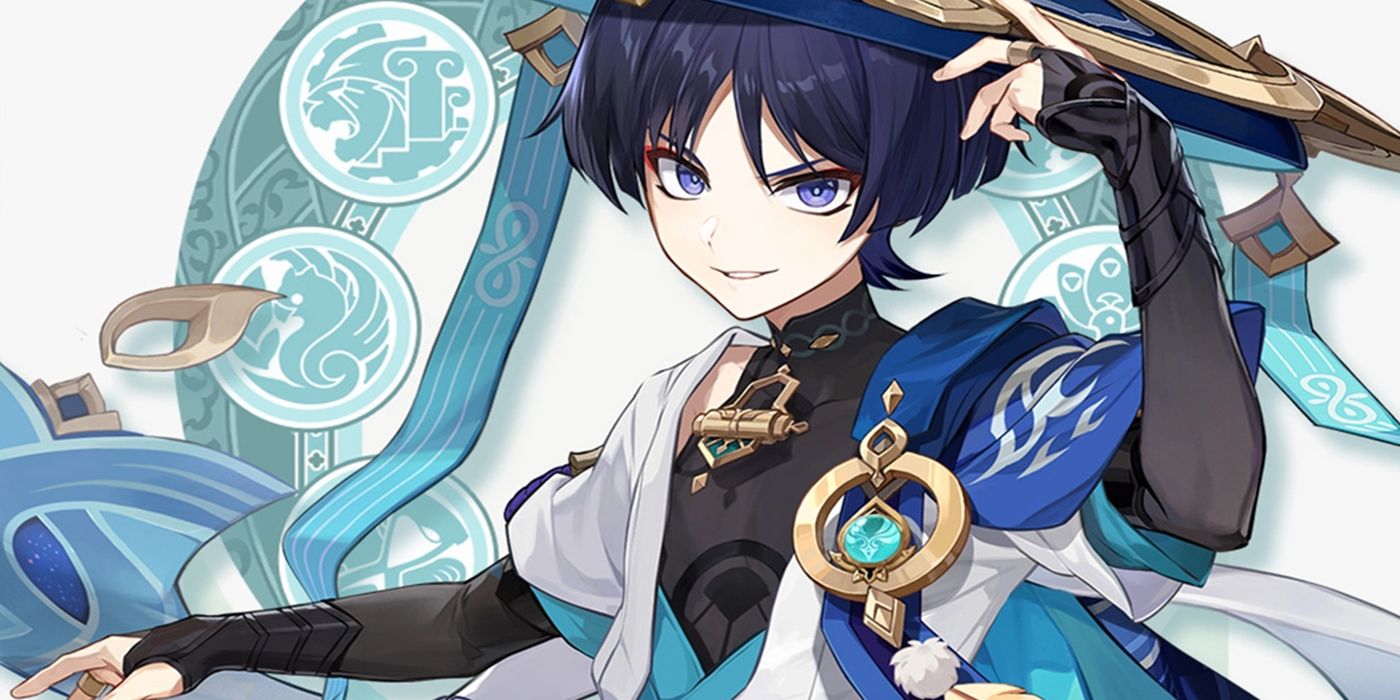 Genshin Impact’s official Twitter has finally announced the two newest characters coming to the game, The Wanderer, also known as Scaramouche or the Balladeer, and Faruzan, a new completely new character. The Wanderer is an interesting choice, though not unexpected, as he is currently the main villain of Genshin Impact Version 3.2, following a similar arc as Tartaglia, aka Childe, who has an upcoming rerun in patch 3.2. Despite his status as a villain in the series, many have sympathized with The Wanderer’s tragic past as a puppet created by Raiden Ei, relating to the feelings of loneliness and abandonment from his creator.

The Wanderer is one of the 11 Fatui Harbingers, and is set to release in Genshin Impact Update 3.3. Leakers and data miners have been hard at work trying to find as much information as they can on the character, including Wanderer’s Elemental Skill, Elemental Burst, Weapon, Vision, and Ascension Materials. All of this information is vital to any player thinking about rolling for The Wanderer in the near future, allowing free-to-play players to plan how they want to spend their Primogems accordingly.

Genshinmains, a Genshin leaker on Twitter, shares that Genshin Impact Version 3.3 will introduce The Wanderer as a 5-star Anemo Catalyst user, with a rather unique set of Elemental Abilities. For his Elemental Skill, The Wanderer, who is a popular cosplay choice in Genshin Impact, will begin hovering in the air, allowing players to attack freely from a more advantageous position in the sky. While characters have been able to get extra height before, no character has the ability to freely maneuver while floating around, setting The Wanderer apart. For his Elemental Burst, The Wanderer will compress the atmosphere into a vacuum in a single area, causing Anemo damage.

Another Genshin Impact leaker, DevilTakoyaki, has also shared a list of Ascension and Talent Materials that the character will require. For Ascension, The Wanderer will need some of the hard to gather Rukkhashava Mushrooms, alongside the usual Vayuda Turquoise Gemstones required for Anemo characters. On top of this, he will need Perpetual Calibers from the Aeonblight Drake, as well as Famed Handguards from various enemies in Inazuma. For Talent Materials, alongside the Crown and more Famed Handguards, The Wanderer will need Teachings of Praxis, and Daka’s Bells from his very own boss fight.

The Wanderer has been a hugely popular character since his first appearance, all the way back in an event in Genshin Impact Version 1.1. By the look of these early leaks and rumors, it seems that he will be worth the wait, boasting cool abilities and attributes that set him apart from the rest of the cast. Although these kinds of leaks are never set in stone, Genshin Impact Version 3.3 already looks to be extremely promising, though it’s worth waiting until much closer to release to fully commit to rolling for a 5-Star, since changes to his kit in beta testing could dramatically alter his use cases.

Next: Genshin Impact 3.2: Should You Pull For Nahida or Yoimiya

Joe Burrow for NFL MVP? Making a case for the Bengals’ QB

Always high-energy: Peach is ready to explore her own fully-realised vision...

Teen Mom Kailyn Lowry shows off the inside of her new...