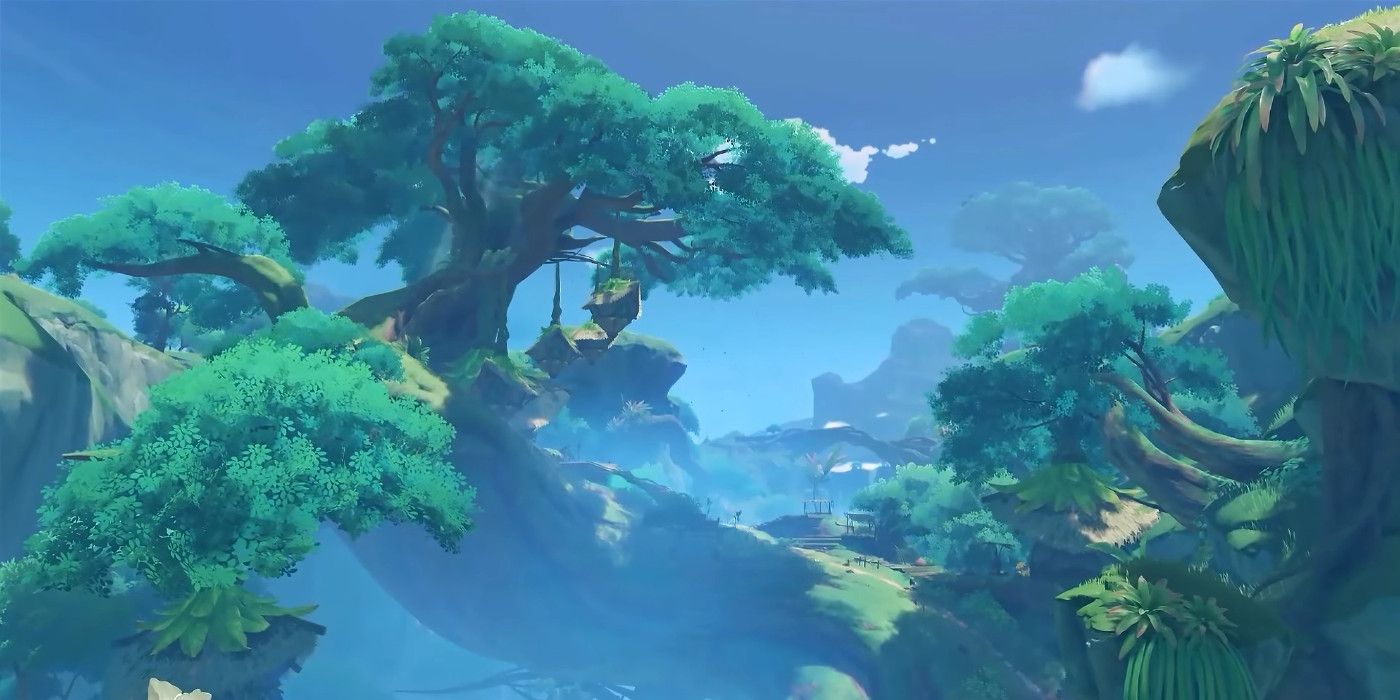 Genshin Impact 3.0 is on the horizon, bringing a new region, new characters, and new banners which have caused speculation as to their contents.

Genshin Impact 3.0’s release is on the horizon, and there have been some leaks and many rumors about what the new banners will feature. There has been some official material released, so players know that it will finally feature Sumeru, an entirely new region to explore that has been mentioned previously in Genshin Impact’s narrative.

Players also know that the new Genshin Impact 3.0 banners will contain characters from Sumeru, and will feature playable characters using the Dendro element. These include the Dendro Archon Nahida as well as a cast of other new characters. However, which characters will appear first in banners, as well as reruns of previously released Genshin Impact characters to complement them, is still a matter of speculation.

There is still no release date for Genshin Impact 3.0. However, there is speculation that it will come out around the end of August. Currently, the banner that features Yoimiya as the five-star character and will expire around this time, so this rumor seems plausible. This means that version 3.0 could be less than a month away.

Leaks and Rumors for Version 3.0 of Genshin Impact

At this stage, it is important to remember that the leaks players have gotten so far may not be completely reliable. Genshin Impact has been very successful, so there are numerous fake leaks circulating on social media to capitalize on the impressions these posts generate regardless of their validity. However, the leaks discussed here have been circulated by some more trustworthy sources with a history of generally getting these things right (minus, perhaps, the details of exact release dates or what precedes what when it comes to several banners).

One rumor states that there will be three banner cycles, rather than the usual two. This would make sense, due to the new characters being released when the new Sumeru content drops. For the first banner cycle, it is believed that it will feature the five-star Tighnari and four-star Collei, who are both new characters to Genshin Impact. After that banner cycle is finished, there will be some reruns of previously released characters. It’s speculated that these are Zhongli and Ganyu as the five-star featured characters, so players have the chance to get these characters for the first time or fill out their constellations. Zhongli and Ganyu are both crucial roleplayers in some popular team compositions, so it’s a worthwhile banner to help space out the new Dendro releases.

Next: Genshin Impact’s Best Weapons For The Traveler


Eric Savage is a writer, editor, and a strong supporter of the Oxford comma. He is fortunate enough to have traveled extensively during his life, providing him with unique experiences and viewpoints. His hobbies include tabletop gaming (especially when it comes to painting miniatures), PC gaming, sci-fi, and fantasy. He lives in the U.S.

Ruben Randall - September 24, 2022 0
Money
Kanye West has a net worth of $6.6 billion, according to Celebrity Net Worth and he is the richest musician...