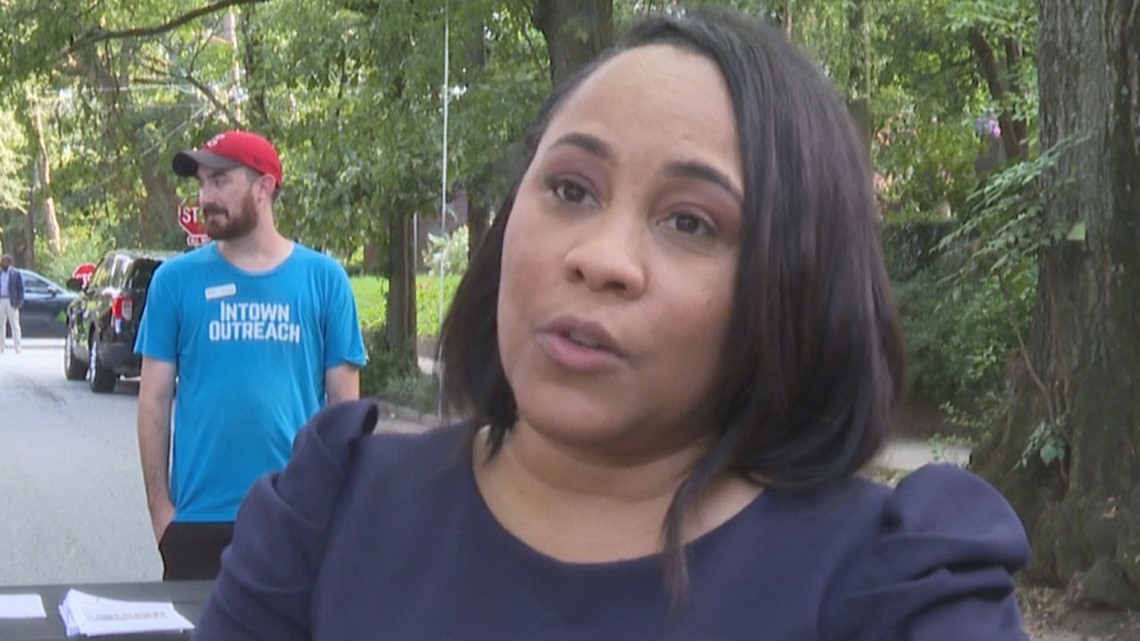 Fulton County D.A. Fani Willis said Tuesday that gangs continue to account for as much as 80% of the violent crime in Atlanta and the rest of Fulton County.

ATLANTA — Fulton County District Attorney Fani Willis told 11Alive Tuesday night that her war on gangs, as well as her investigation of former President Donald Trump’s efforts to overturn Georgia’s 2020 election results could intensify even more in the next few weeks.

It’s been months since she secured dozens of racketeering indictments against the alleged YSL gang and its accused founder Jeffery Williams, “Young Thug,” on violent crimes including murder going back to 2013.

“We are working on several huge indictments right now that do involve different gangs,” Willis said Tuesday. “And so I expect that you’re going to be seeing some of those indictments come down in the next 60 to 90 days.”

Gangs, she said, are responsible for as much as 80% of the violent crime in Atlanta and the rest of Fulton County.

As for whether she is going to subpoena former president Donald Trump to testify before her special grand jury investigating his attempts to overturn Georgia’s 2020 election results?

“I think that we are at least 60 days away before I even have to make that kind of decision,” Willis stated on Tuesday.

When asked how important it was that the grand jury hear from Trump directly, she responded, “I think that the special purpose grand jury needs to hear as much information from as many people that are willing to come and testify truthfully.”

However, many have not been so willing to testify.

Rudy Giuliani fought the grand jury’s subpoena and lost, meaning he may be at the Fulton County Courthouse in Atlanta next week to testify. Meanwhile, South Carolina Senator Lindsey Graham is still fighting his subpoena in the courts.

Willis said Tuesday that the grand jury continues to issue subpoenas for more witnesses, from Atlanta and D.C. and beyond.

She’s not rushing it, adding “we have until May of next year, we are very hopeful that we will wrap up work in that case by the end of this year, though.”