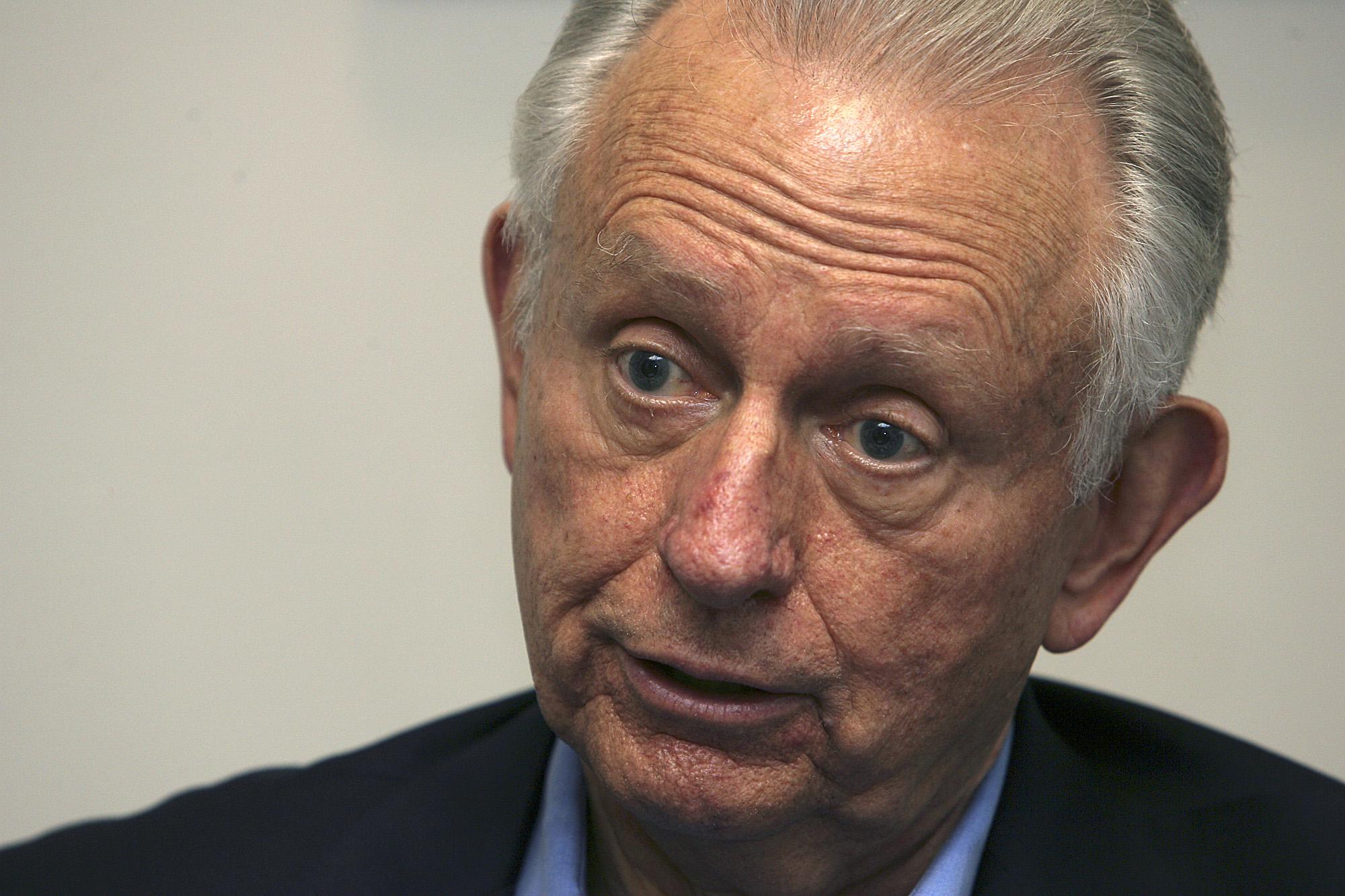 When he was 6, they met Ronald Reagan, then governor of California, for breakfast in Sacramento. A few years later they had the neighbors, Gerald and Betty Ford, over for TV football and cake at their Colorado summer home.

Robert “Bob” Marbut Sr., who died in New York City on Feb. 19 at 86 after a bout with cancer, charted a self-made life, starting in Athens, Georgia, where his parents couldn’t afford to put him through college.

But he got an engineering degree from Georgia Tech, oil refinery work, Air Force experience as a maintenance officer for strategic bombers and an MBA from Harvard.

And he got a big break in 1971, working for the then-owners of this San Antonio newspaper, which led to ever-higher corporate perches, a lengthy civic and philanthropic track record and friendships with world leaders.

Bob Marbut Sr., of Hearst-Argyle Television in his office in San Antonio in 1998, the year his TV station group merged with Hearst. Photo by Robert McLeroy/Staff.

A father of four and married four times – he remained close with three wives until his death — Marbut lived an intellectually vibrant and outsized life. Former mayor Henry Cisneros called him one of the city’s most important figures of the past 40 years.

As the CEO of Harte-Hanks Communications for 20 years – which owned the San Antonio Express and the San Antonio News, but sold them in 1973 to Australian media tycoon Rupert Murdoch – Marbut was asked by Cisneros in 1982 to chair an initiative called Target 90.

“That was our first attempt to create a goals-setting mechanism for the community,” Cisneros said this week. The effort involved more than 500 people on 12 task forces, taking on issues such as the expansion of the convention center, fire and police services, education, utilities, arts and technology.

“Bob kept the process grounded, organized and business-like,” Cisneros said. “He didn’t impose his will through some domineering personality. But when he spoke, all the business leaders listened. He had a way of seeing things that made you say, ‘Now, I understand.’”

When Cisneros first traveled to Japan in the 1980s to discuss business opportunities, he says Marbut smoothed the way with key introductions that 16 years later, in 2003, resulted in Toyota breaking ground on its 2.2 million-square-foot truck assembly plant on the far South Side. 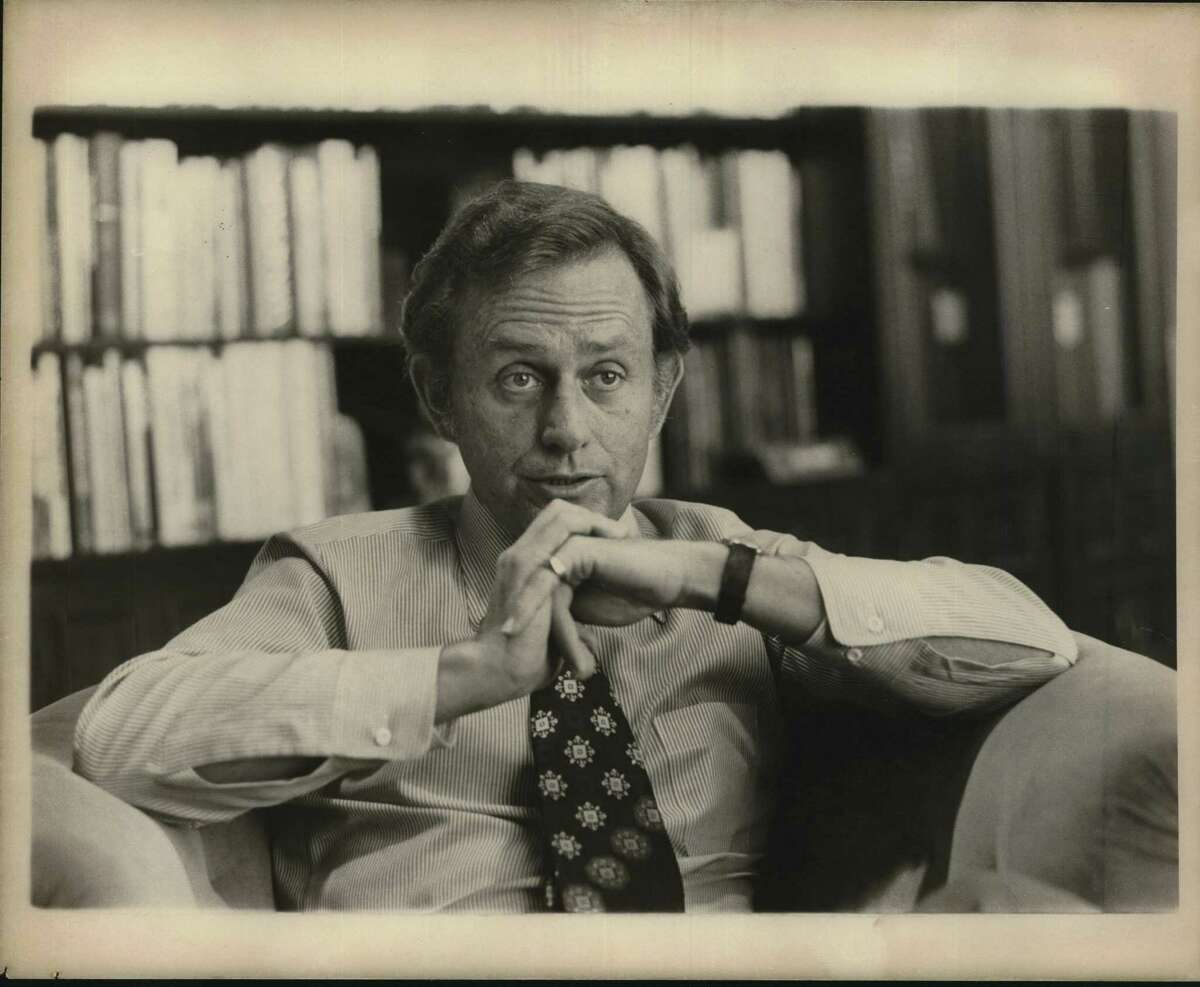 “When Henry first ran for mayor, Dad reached out to him to help him with the business community, because initially not that many people were answering Henry’s calls,” recalled the younger Marbut, 61, who after his City Council stint became founding president of the city’s homeless center, Haven for Hope, and an appointment as President Donald Trump’s “homelessness czar.”

Fresh out of Harvard Business School, Bob Marbut was recruited by Copley Press in the 1960s to “build” young newspapers in places like Torrance, California.

A decade in California media management brought him close to Reagan and Richard Nixon, and he later knew U.S. Sens. John Tower and John Cornyn of Texas, Barry Goldwater of Arizona and Sam Nunn of Georgia. He contributed money to a bipartisan crowd of high office seekers through the years.

Marbut grew tight with U.S. Rep. Tim Wirth of Colorado in the early 1980s when both of them worked to break up the AT&T-owned Bell System phone monopoly, which was eventually was ordered by courts in 1982.

But that came after Marbut moved to Terrell Hills in 1970, the new vice president of the San Antonio-based Harte-Hanks, a family-operated and Texas-centric partnership that dated to the 1920s. Marbut soon transformed it into a public company operating more than two dozen daily newspapers, 46 weekly or bi-weekly publications and three TV stations, scattered across 13 states.

Sitting in Marbut’s living room in 1973, Murdoch bought the morning Express and afternoon News, later to be merged. Murdoch decorated the News with sensational tabloid-style headlines on Page 1 and, inside, a “Girl in the News” who wasn’t over-dressed.

From 1971 to 1976, with cost-cutting at Harte-Hanks’ remaining properties that included the San Antonio CBS affiliate, KENS TV, Marbut tripled the company’s net annual income. By 1977, its newspapers had a combined daily circulation of more than 540,000.

That year an industry analyst told the Washington Post that Marbut was “a typical Harvard MBA – a systems man, deep into operations and contingency planning … who gives a lot of thoughtful, but often dull, talks.” Marbut reportedly laughed and agreed.

Marbut left Harte-Hanks in 1991, when the company was already well on its way to jettisoning its newspapers to concentrate on more lucrative direct marketing and mail “shoppers.” 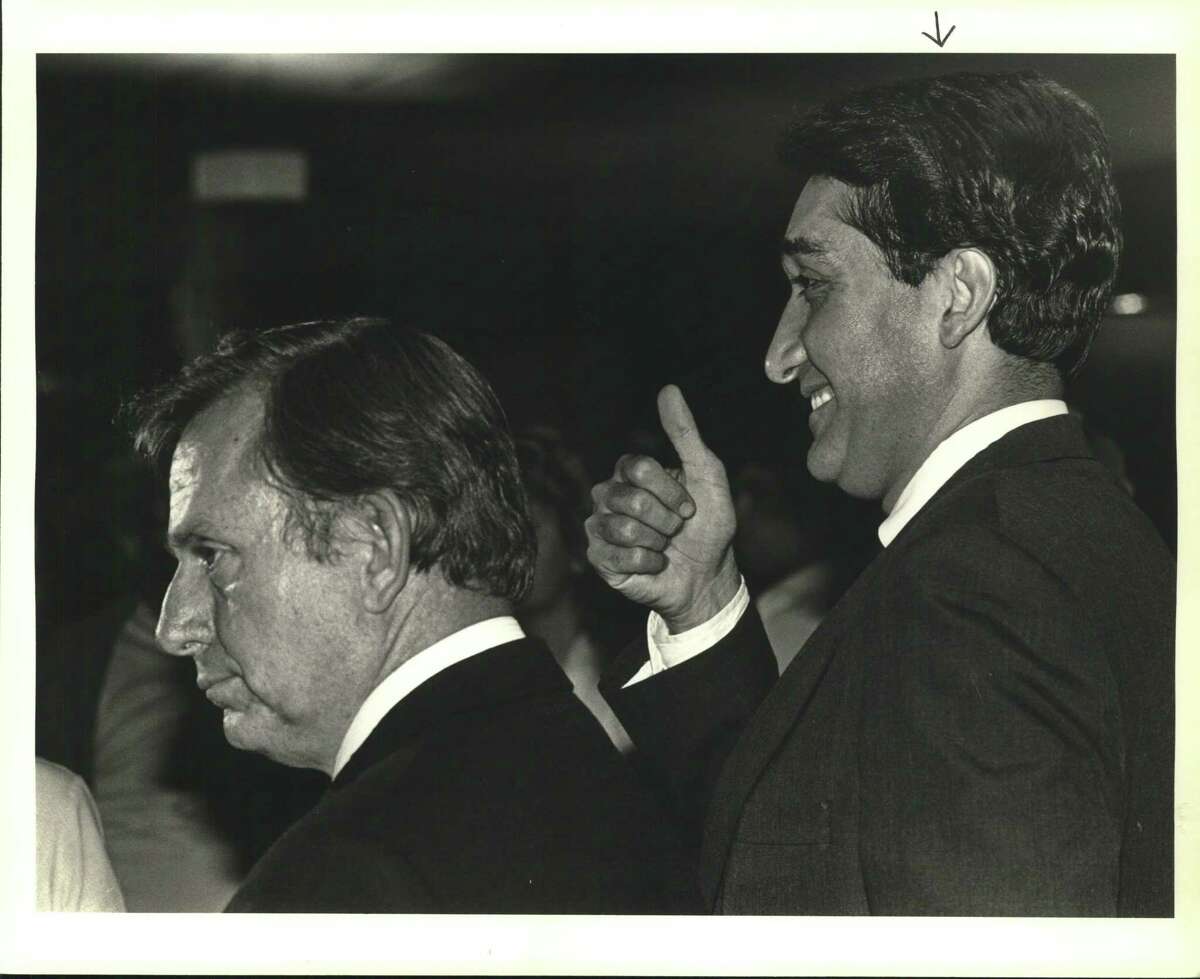 Bob Marbut and Mayor Henry Cisneros arrive at San Antonio International Airport after touring Japan and Korea drumming up business for the city in the 1980s.

In 1992, after Murdoch sold the Express-News to the Hearst Corporation, Marbut founded and became CEO of Argyle Television, naming it as a little shout-out to Argyle Avenue in Alamo Heights. In 1997 it merged with the Hearst television group to form Hearst-Argyle Television, from which Marbut stepped down as chairman in 2002.

“Bob was comfortable at a little Mexican restaurant or with the Pepper Bomb Steak at the Argyle,” said Harry Hawks, a former Argyle Television exec, referring to the private club on the company’s namesake street. “You could be talking about art, food, football or that museum you visited in Paris. If you drafted in the Bob Marbut jet stream, you ended up talking about fascinating things.”

Marbut “attempted retirement and flunked,” Hawks said, laughing. “Bob could have gone to the beach many times, but he was constantly thinking of something new. He never slowed down.”

After leaving Hearst, Marbut became involved with Israeli security firms, according to his son, Robert, and founded two of his own, SecTecGlobal and Fedora Security. He served on numerous boards, from Fortune 500 companies like Valero Energy and Tupperware, to the United Way, the Associated Press and the American Newspaper Publishers Association.

See also  First overall pick is great for Montreal, but it's a long, bumpy ride to the Stanley Cup

Still skiing at 84, Marbut loved exploring New Zealand and Antarctica with his wife, Janette Macdonald Marbut, who survives him He was a devout Spurs fan who got tongue-tied when he finally got to meet coach Gregg Popovich.

He insisted on subscribing to the print version of this paper, wanting to “feel it and smell the ink,” his son said.

“You could not make this up,” Robert Marbut said. “Dad played YMCA football back in Athens, Georgia, with Fran Tarkington (the eventual Minnesota Vikings quarterback and Hall of Famer). One day he brought Frank Borman (commander of the Apollo 8 mission around the moon) by our house. Bill Moyers (PBS TV host) ate at our house a dozen times…It was a weird life because he lived such a big life.”

Yet, the son says Bob Marbut may have been most at peace during a ritual Thanksgiving or Christmas feast (often at Paesanos on East Basse) Road where he would gather dozens of extended family members – “ex-wives, ex-husbands, nieces, cousins, step-children” and converse with each one.

He might pass on some small insight about hard work and education, perhaps recommend a good book or tell Robert about some recent news he read about his son’s new line of work, helping the homeless.

And if they leaned in they might have heard him humming his favorite song, Louis Armstrong’s biggest-selling, 1968 hit, “What A Wonderful World.”