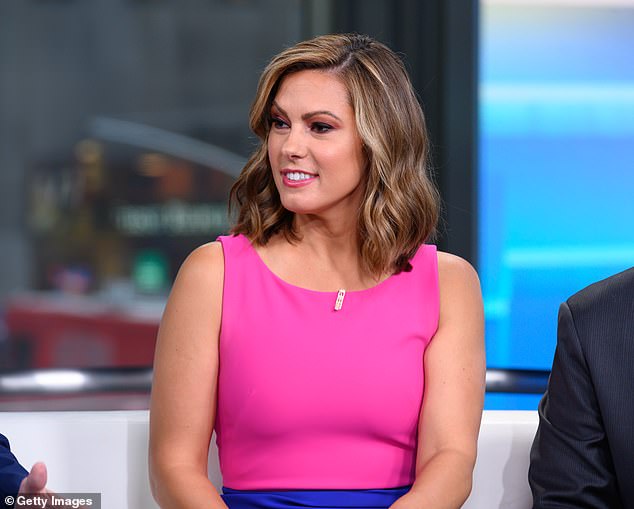 Fox News star Lisa Marie Boothe was in talks to replace Meghan McCain as the conservative pundit on The View but refused to get a Covid-19 vaccine.

Boothe, 36, was interviewed by ABC News executives earlier this year but the discussions fell apart after she made clear that she would not get the jabs required by the broadcaster.

ABC News’ parent company, Disney, requires all U.S. employees be vaccinated against Covid, and the New York studio where The View is filmed now also mandates jabs for all workers.

Fox only requires vaccines for employees at its Big Apple headquarters and Boothe is currently based in Miami.

Fox News star Lisa Marie Boothe, 36, (pictured on Fox & Friends at the NYC studios in September, 2019) was in talks to replace Meghan McCain as the conservative pundit on The View but refused to get a Covid-19 vaccine 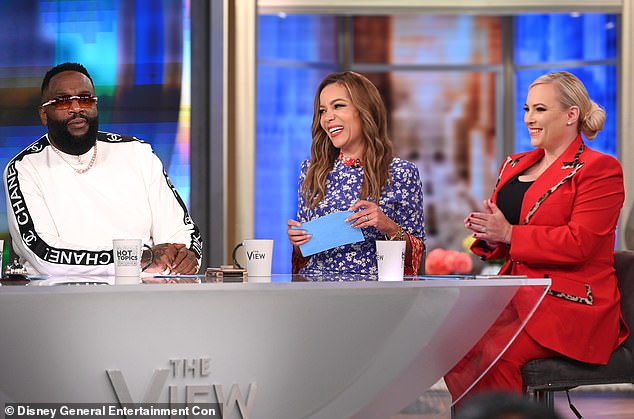 An ABC News source told The Daily Beast that the network interviewed Boothe along with ‘dozens and dozens’ of candidates.

The show never had a chance to offer her a guest-hosting spot and after her position on vaccinations was out in the open any further negotiations became a ‘moot point’ and a ‘non-starter,’ the source said.

It is not clear when ABC first opened discussions with Boothe and when they fell apart, however, she made public her position in the fall.

In an interview on Unfiltered With Dan Bongino, she proudly declared that she had not received any Covid shots ‘as a giant middle finger to Joe Biden’s tyranny.’

She later penned a column in Newsweek titled: ‘Why I’m not vaccinated.’

‘I am not vaccinated. In a sane society, a personal decision like this would not warrant a column, or even an explanation. But we do not live in a sane society. As a healthy 36-year-old woman, COVID-19 does not pose a statistically meaningful threat to my life. I have a 99.97 percent chance of survival. Why would I get a vaccine for a virus that I do not fear and that isn’t a threat to my life—particularly when there is an element of risk from the vaccines?’ Boothe wrote.

She continued: ‘Vaccine mandates do not make sense. But most importantly, they are immoral. The government does not own us. I reject mandates because I believe in freedom. I am praying the rest of the country wakes up from this psychosis that has taken over. Is it too much to ask for a little common sense and bodily autonomy?’

Boothe is not the only right-wing commentator to fall foul of The View’s strict vaccine requirements. 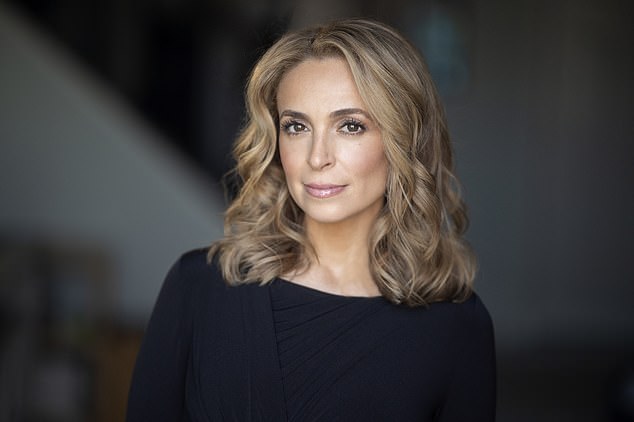 Jedediah Bila (pictured), an ex-Fox host who was formerly The View’s resident conservative panelist, was forced to tape an appearance last month from a remote location

Jedediah Bila, an ex-Fox host who was formerly The View’s resident conservative panelist, was forced to tape an appearance last month from a remote location.

Bila was confronted over her unvaccinated status by the other hosts, including a furious Sunny Hostin who accused her former colleague of peddling ‘misinformation.’

News of Boothe’s failure to land a slot on The View came after Politico reported this week that Kat Timpf, another Fox contributor, had turned down McCain’s former role ”because of the show’s reputation for treating conservatives poorly and her contract with Fox.’

McCain quit the show in July shortly after returning from maternity leave, claiming she was ‘bullied’ out of her job and that co-host Joy Behar ‘made her so upset she vomited.’

When she returned to the show, Joy told her: ‘I did not miss you. Zero.’

‘Joy seemed to smell that vulnerability like a shark smells blood in the water, and she took after it. When we broke for commercial I burst into tears — not just like tearing up — uncontrollable sobbing,’ McCain revealed in October in her upcoming audio memoir Bad Republican.

A stumbling block for ABC is they are looking for a conservative whose views are palatable to their regular audience – in other words, not someone who will go along with Donald Trump’s election denialism or flirt with other conspiracy theories.

‘They are really looking for a unicorn,’ a former View staffer told The Daily Beast. ‘They want someone who is going to fight—but not too hard, because they don’t want it to be ugly and bickering.’

Ruben Randall - May 28, 2022 0
TV/Movies
The Netflix Lobby Metric Over a three-hour dinner, Mr. Sarandos was charming and upbeat, dressed down in Levi’s and sneakers. You would never know...