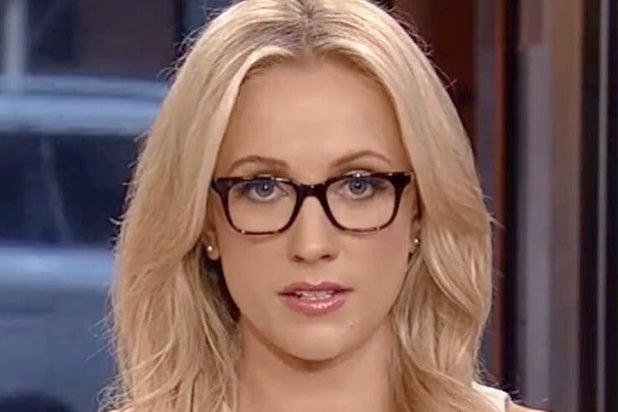 “The Fox News Specialists” co-host Kat Timpf has no idea why an “angry, pathetic man” drenched her with a large bottle of water on Monday night as she was about to speak at a campaign event in Brooklyn, New York, but the political commentator fears the encounter could have been much worse.

“I didn’t know if he was about to punch me in my face,” Timpf told TheWrap of the unknown attacker who splashed her with a 1.5-liter bottle of water. “He didn’t say anything to me, he just dumped it on my head and splashed it on my face and walked out. He was a huge, huge guy.”

Timpf continued: “The fact that anyone who doesn’t like me can seek me out and do that is scary.”

Timpf took to Twitter to recount the encounter, which occurred at the Williamsburg bar Union Pool where libertarian podcaster Ben Kissel was holding a rally for his campaign to be Brooklyn borough president.

However, she assumed that her association with Fox News was the motivation — and criticized local authorities as unhelpful when she first tried to get them to look at security video of the attack.

“Nobody really cares because it was not like acid, it was just water,” Timpf said, who filed a police report after the incident. She also noted, “My eyes were uncomfortable — they were burning.”

A spokesperson for the NYPD declined to comment on the investigation.

The Libertarian commentator said the political climate right now is so volatile that her haters would take great pleasure from seeing photos of the attack.

“People would be delighted by that,” she said. “Some people would love it. I don’t know what to do.”

Timpf said she has a few questions for her attacker if she should ever meet him again: “Do you have anyone to hang out with? Do you have any friends you could talk to that would tell you that’s not how adults behave? How sad and pathetic is your life that this is what you need to do with your time?”

Since Monday, Timpf said she is more attuned to how vulnerable she is — and relieved that the attack only involved water. “It’s not lost on me that it could have been worse,” she said.

By the time Timpf cleaned herself up and calmed down, she missed her opportunity to speak about criminal justice reform at the campaign event for Kissel, whom she has endorsed as a fellow libertarian.

“That’s really unfortunate and I hate that [the attacker] kind of won” by depriving her of a chance to speak, she said. “It was a mess. It was a lot of water. It was all over me.”

From Martha MacCallum to ”The Specialists,“ the network was forced to shake things up

Bill O’Reilly dominated the cable news industry for nearly two decades, finishing No. 1 in all of cable news for 16 straight years. But his sudden exit resulted in a programming shakeup at Fox News Channel.

Ruben Randall - December 17, 2022 0
Actress
The "eye for an eye" scene was a pivotal moment for Alicent. Cooke says that in the wake of that outburst, she, director Miguel...