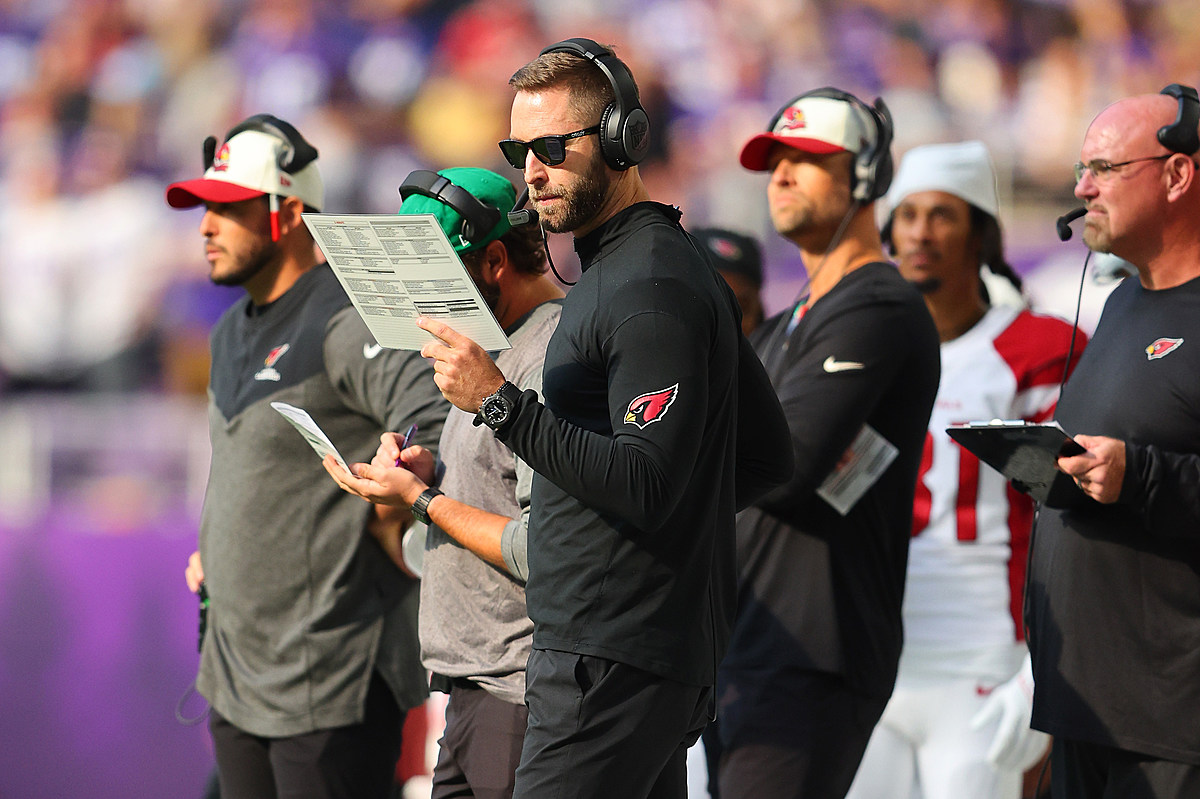 After being hired by Kliff Kingsbury in 2019, Sean Kugler’s time with the Arizona Cardinals has come to a sudden end. Bob McManaman, who covers the Cardinals for the Arizona Republic, broke the news this afternoon.

Kugler joined Kingsbury’s staff as an offensive line coach, but he was promoted to the team’s running game coordinator in June of last year. After losing last night to the 49ers in Mexico City, Arizona is currently third in the NFC West with a record of 4-7. They also rank 21st in the league in rushing, but Kugler’s dismissal apparently had nothing to do with football.

The former Miners offensive lineman and assistant coach spent four-plus seasons as UTEP’s head football coach. During 2013-17, he went 18-36, but he took the Miners to the New Mexico Bowl in 2014. Kugler suddenly resigned from the team following the 5th game of the 2017 season. Three months later, the Denver Broncos hired him to be their offensive line (guards/centers) coach. After one season with the Broncos, he joined the Cardinals coaching staff.

HBO Hard Knocks In-season is currently featuring the Cardinals and Kugler was a focal point in last week’s episode.

If the Cardinals stay in-house for their offensive line coach, Brian Natkin could be promoted this week. Like Kugler, Natkin played and coached at UTEP. He was on Kugler’s staff at UTEP and he joined him in Arizona as the team’s assistant offensive line coach. The Cardinals host the Chargers this Sunday and then have a bye week before returning home to host the Patriots on December 12th.

LOOK: These Are the Richest NFL players

To uncover the richest NFL players, Stacker consulted Celebrity Net Worth and ranked them by their 2022 net worth, calculated using a proprietary formula.