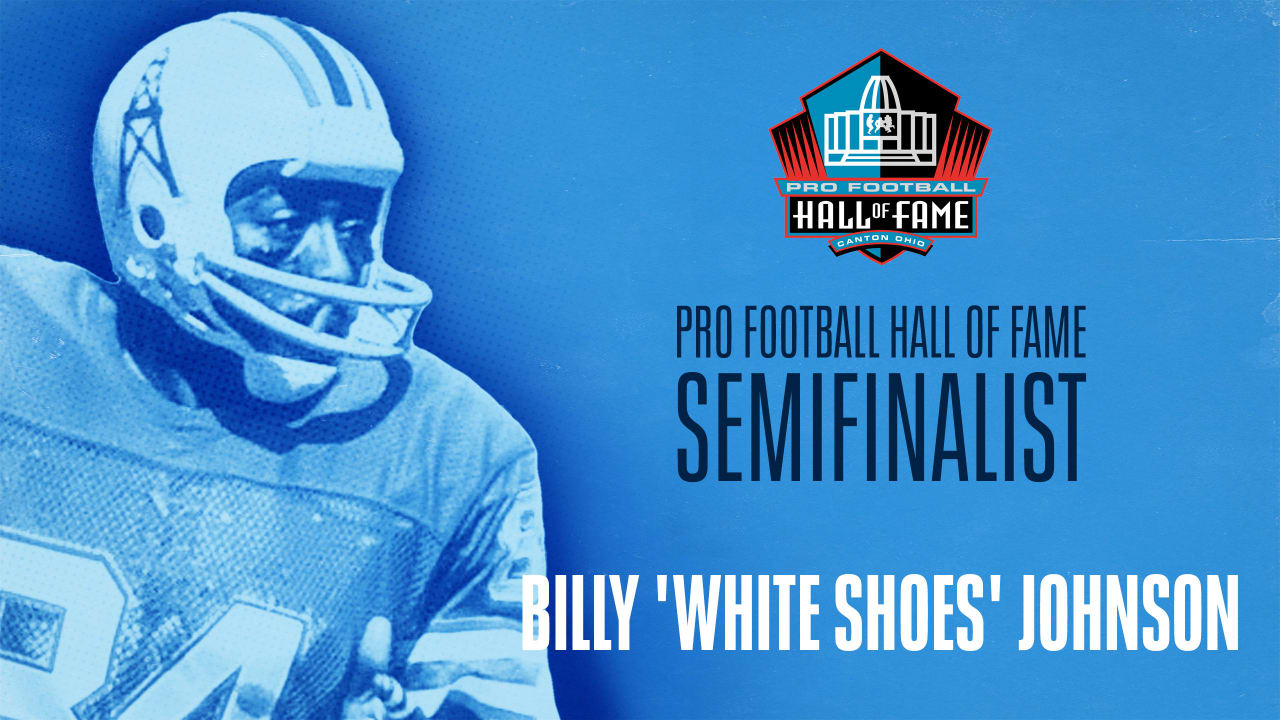 Fifty-four Seniors, Coaches and Contributors were named as potential candidates to be members of the Pro Football Hall of Fame’s Class of 2023.

The Hall’s 12-person Seniors Committee trimmed a list of eligible nominees to 25 Semifinalists who advance to the next round of consideration.

The respective selection committees now will consider the candidates and vote to send 12 Seniors and 12 Coach/Contributors through to the Finalists stage. The results of those reduction votes will be announced July 27. The Seniors Committee will meet Aug. 16 to select up to three Seniors for final consideration as members of the Class of 2023.

Long-time Houston Chronicle sports writer John McClain covered Johnson during his playing days with the Oilers, and said he’d love to see him get consideration.

“Billy is one of the greatest returners in NFL history, right up there with Devin Hester,” McClain said. “I would love to see him advance from semifinalist to finalist so we could talk about him at our annual meeting. I wish him the best of luck.”

It could be YOUR lucky week! Record £191m EuroMillions prize goes up for grabs...

Seo In Guk lets his jealousy take over in new stills from the forthcoming...

Ruben Randall - January 19, 2023 0
Actor
What came out as a blessing in disguise when the news concerning Arnold Schwarzenegger’s illicit affair went public was that the world met...