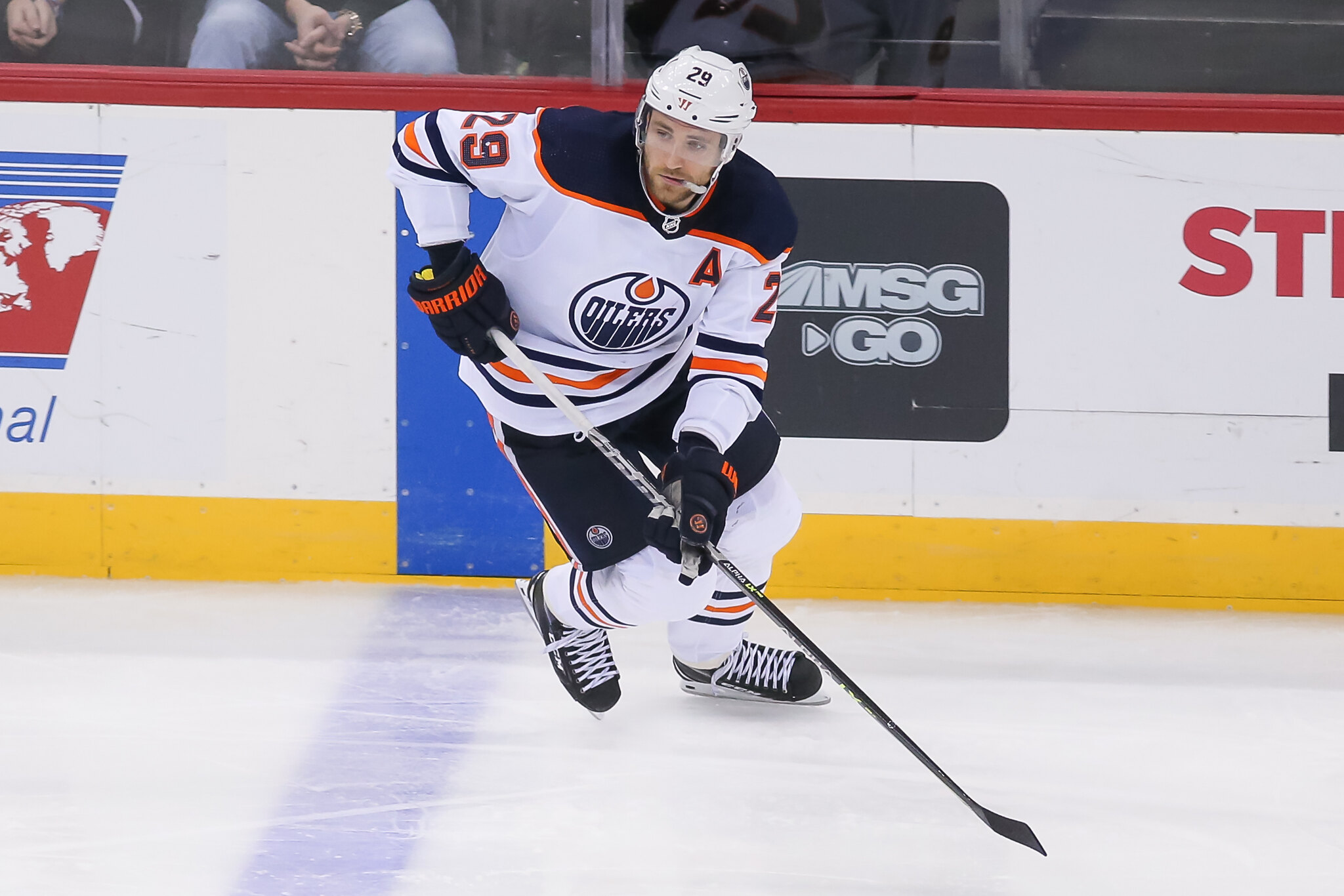 After a massive slide during the middle of the season that led to the firing of Dave Tippett, the Edmonton Oilers have been one of the league’s hottest teams. Through 36 games with Jay Woodcroft at the helm, they have gone 24-9-3 and were able to clinch a playoff berth last week. As you can imagine, the city and its fanbase are loving this team right now, and deservedly so. With that being said, there is plenty of pressure on this squad to make some noise in the postseason.

Despite some very solid regular seasons in 2019-20 and 2020-21, the Oilers haven’t advanced past the first round since the 2017 Playoffs. Both of their first-round exits came in extremely disappointing fashion, as they lost to a very underwhelming Chicago Blackhawks roster in 2020, and followed that up by being swept by the Winnipeg Jets in 2021. This year, they will once again be heavy favorites in the opening round, where they are set to take on the Los Angeles Kings. According to one former Oiler, another first-round exit could result in some serious changes for this team.

That former Oiler is Ryan Whitney, who as many know is a part of one of hockey’s biggest podcasts in Spittin’ Chiclets. In the podcast’s most recent episode, which featured Wayne Gretzky and was released on Tuesday, Whitney said a first-round exit should result in management blowing up the team.

“If the Oilers lose this series, blow it up. … trade Draisaitl,” Whitney said. “And it’s not even his fault, but you’re not trading McDavid, you gotta trade [Draisaitl].

“If Edmonton loses, it is pathetic, it is embarrassing, and they should blow it up.”

Whitney, who has been extremely vocal about his support for the Oilers this season, went on to say he believes the Kings are an ideal matchup, something the majority of this fanbase is in agreement with. He did, however, say that the one thing that worries him about the series is the fact that Jonathan Quick may be able to recapture some of his old magic and shock this Oilers team.

Whitney Correct to a Certain Extent

In one sense of this, Whitney is correct in his take. Given the fact that the Oilers have had little to no playoff success in the Connor McDavid era, some major changes should and likely will take place if they fail to advance out of the first round. One of the first could very well be the firing of general manager Ken Holland.

Regardless of whether or not Holland is the man in charge if a first-round exit does occur, there will be several major changes with this roster. Leon Draisaitl being moved, however, should not, and will not, be one of them. Not only is he their second-best player and one of the best players in the entire game, but he has one of the more team-friendly contracts throughout the league at just $8.5 million. Given his production since signing that contract (204 goals and 478 points in 366 games), he is not a player you move if you hope to win a Stanley Cup.

McDavid and Draisaitl Untouchable Regardless of Playoff Outcome

Regardless of what the Oilers do in the playoffs this year, neither McDavid nor Draisaitl will be moved. Instead, other big changes will need to take place in order to retool the rest of the roster, with adding another top defenceman along with a legitimate number one goaltender being the top priority.

With all that being said, there is plenty of reason to believe the Oilers can go on a run in this year’s postseason. In the Tippett era, they were far too reliant on McDavid and Draisaitl to carry the load offensively. That is no longer the case thanks to the additions of Evander Kane and Zach Hyman, as well as the improvement of both Kailer Yamamoto and Jesse Puljujarvi. There is also Ryan Nugent-Hopkins, who has continued to quietly produce solid numbers for this team for a number of seasons now.

While the forward group of this current team is as good as we have seen in some time, questions do remain on the blue line and in net. It is worth noting, however, that their defencemen have been playing far better as of late, as has Mike Smith who is currently riding a nine-game winning streak. This is a team that appears to be heating up at the right time. While there is no doubt that they need to get past the first round this year, there is also plenty of reason to expect that they will do just that. (from: ‘Kurt Leavins: The Edmonton Oilers clinch playoff home ice as McDavid flies high in convincing 5-1 win over Pittsburgh’, Edmonton Journal , 04/26/22).

Colton Pankiw is a former Jr. A hockey player who now provides his knowledge of the game through writing. He’s been a very active and reliable source for nearly two years at The Hockey Writers. He is a credentialed writer for the Calgary Flames but also does features on other teams throughout the league. Other writing contributions include: Yahoo Sports, Las Vegas Chronicle, Oil On Whyte, and Markerzone.com. Colton is also a co-host of both Oilers Overtime and Flames Faceoff podcasts. Any interview requests or content info can be made through him on Twitter. Take a look at his work here.