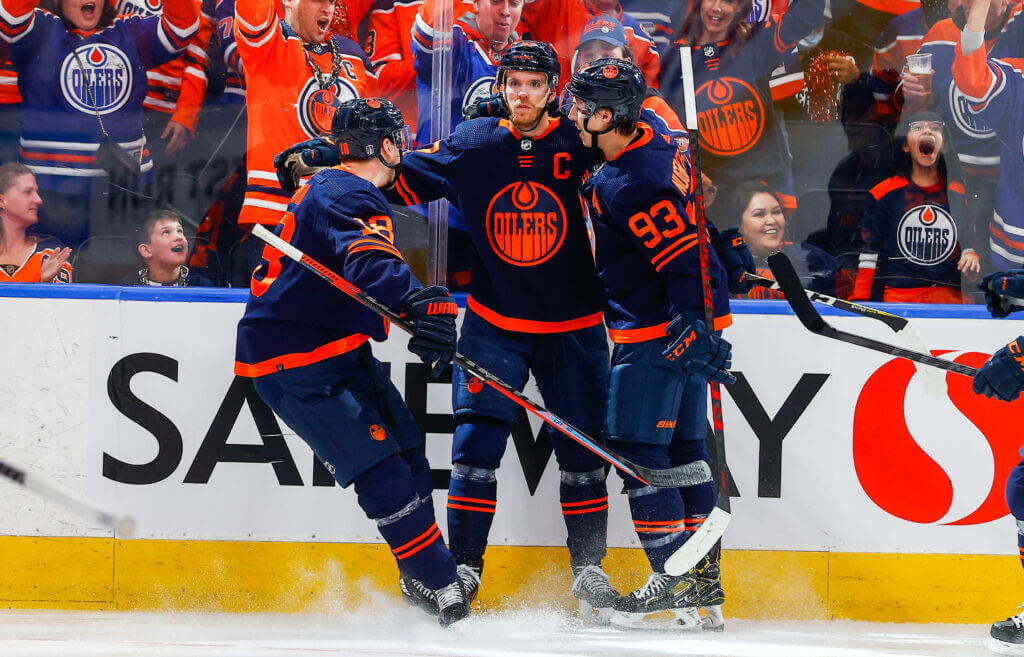 If Oilers coach Jay Woodcroft truly believed his assertion that the pressure was squarely on the Kings ahead of Game 6 because they were trying to close out the series at home, logic dictates who’s under fire Saturday.

If there was any debate before Thursday, it’s gone now. The Oilers are on the hot seat. They need to win the decisive contest in Edmonton and move on to the second round. There’s no other way to put it.

As so often happens in sports, the outcome of one game is vital. This is more than that. Saturday determines nearly everything for this franchise.

Now in Year 3 of the Ken Holland era, the Oilers are no longer a group where merely making the playoffs is or should be an acceptable endgame. Not with the sport’s greatest player, Connor McDavid, on the roster and another top-tier superstar, Leon Draisaitl, right alongside him.

Considering they play in the weak Pacific Division, the Oilers should be at a point where they’re cruising past the first round like the Avalanche. That they’ve been pushed to the brink by the Kings — an inexperienced team without two of its best players, Drew Doughty and Viktor Arvidsson — is already cause for concern.

But as Zach Hyman said before Game 6, the details of a series often aren’t remembered afterward — only the result. A win on Saturday means the Oilers advance with a decent chance to go on a run. That’s all that matters.

A loss, however, would be nothing short of disastrous.

Falling to the Kings would represent a third-straight opening-series defeat, counting the best-of-five play-in matchup in 2020. Excuses are easy to draft for the last two.

The bubble playoffs were weird. Players returned to the city a few months into the start of the pandemic. Pre-arrival training opportunities varied. Some were more prepared than others. The Oilers weren’t ready and lost in four games to an over-the-hill Chicago team whose stars had been there before.

Last year’s Winnipeg series could be played over again 100 times and you might not get another sweep. The Oilers carried more of the play and lost three times in overtime, one of them thanks to a late collapse following a selfish penalty by Josh Archibald. They didn’t get the calls. They struggled to beat Connor Hellebuyck. Hockey happened.

There are no excuses for not moving on this season. Period.

A loss Saturday would be an indictment of the team Holland built — and could cause ramifications in the weeks and months ahead.

We’ve already seen the pitfalls of this roster. Forward depth, although improved this season, remains an issue — and that’s with goal-scoring wonder Evander Kane being an unexpected mercenary addition in late January.

Check out this data from Jonathan Willis. It illustrates what a tour de force McDavid has been in this series — easily Edmonton’s best player — while underscoring the limited options and struggles around him.

Oilers at 5v5 through six playoff games, with and without Connor McDavid:

No roster is perfectly constructed. Every team has its holes. The Oilers are no different.

In terms of position players, they were always at least a top-nine forward and a top-four defenceman away from being an unquestioned Stanley Cup contender. This matchup with the Kings has brought that to light even more.

Draisaitl had been having an up-and-down series before suffering an injury on a questionable takedown by Kings defenceman Mikey Anderson in Game 6. He gutted it out and set up the winning goal, but he was clearly labouring. It would be shocking if Draisaitl didn’t play in Game 7, but his effectiveness is to be determined. The Oilers desperately need him to suit up and make an impact because there is naturally no one to backfill his position.

Jesse Puljujarvi has obviously lost the confidence of the coaching staff. He’s played fewer than eight minutes in each of the last two games. Puljujarvi is a young-ish player going through an awful scoring drought. That’s it. Putting aside the merits of demoting him in crunch time, the biggest issue is the player taking Puljujarvi’s minutes is Archibald — generally a black hole when it comes to possession. Puljujarvi, who helps drive play, has been flipped for Archibald, who does the opposite, because options are limited.

As noted earlier in the series, the Oilers are reticent to have top prospect Dylan Holloway’s first NHL game be in the playoffs. He’s expected to be a black ace if the Oilers advance to the second round now that the Bakersfield Condors were eliminated from the AHL postseason on Friday.

On defence, it’s the second pairing that has been the most inconsistent. There you have Evan Bouchard, who for all intents and purposes is a rookie, skating with Duncan Keith. The 38-year-old was acquired by Holland at full price last July when he didn’t get Chicago to retain money in the deal. It’s one of the biggest critiques levied against him during his tenure as Oilers general manager.

Keith still has a full no-movement clause in the last year of his contract next season. Even if the Oilers lose, he won’t be going anywhere unless he decides to.

He’s not the only one.

The core of the team will almost certainly remain intact. McDavid, Draisaitl, Hyman, Darnell Nurse and Ryan Nugent-Hopkins are all under contract long term and have protections in their contracts to control their destinies. It’s worth noting that McDavid and Draisaitl’s deals are slowly heading toward the finish line; McDavid has four seasons left after this one, and Draisaitl just three.

The time to win shouldn’t be at some indeterminant point in the future. It’s now.

The roster will have to be altered regardless of Saturday’s result, but more changes are bound to come in defeat.

Goaltending has been a position of great consternation this season. Mike Smith got healthy and found his footing before the playoffs. Aside from his puckhandling gaffe and perhaps a couple of iffy goals against, he’s been excellent in the series — posting a .931 save percentage and a shutout through six games.

If he plays well and wins on Saturday, it’ll be a near certainty the Oilers will start the 2022-23 season with a Smith and Stuart Skinner tandem between the pipes. If he falters and the Oilers begin cleaning out their lockers, the calls to find a replacement and ditch the last year of his contract will inevitably come fast and furious.

Barring trading Tyson Barrie, or moving or buying out Zack Kassian’s contract, tinkering with the roster is going to be difficult. Per PuckPedia, the Oilers have $8.9 million in cap space heading into the summer with just 15 players under contract — one of whom is injured blueliner Oscar Klefbom.

Puljujarvi, Kailer Yamamoto and Ryan McLeod all need new contracts. The former two are in line to make more than McLeod and get pay bumps from their $1.175 million cap hits. Though it would be short-sighted to deal either of them without a significant return, these are the type of players that are coveted by other teams because they’ll still be relatively cheap and they have team control. The situations aren’t and wouldn’t be the same, but don’t forget Ethan Bear and Caleb Jones were dealt last year to change the mix.

Given the contractual outlooks of so many players, Saturday’s result could impact those wearing suits most of all.

For as excellent a job as Woodcroft has done behind the bench — leading the Oilers to a 26-9-3 record and .724 points percentage in 38 games — there’s been no announcement of a new contract for next season. Is a more experienced coach brought in if there’s yet another first-round exit by this franchise?

Would Holland even be the one to make that call? He has two seasons left on his deal, but his fingerprints are all over this team — especially after the moves made last summer. Would owner Daryl Katz decide Holland has had a long enough road? Any potential successor would be handcuffed by all the long-term deals and no-movement clauses issued with a design to contend for championships now.

That’s why this first season of that window was, and remains, critical.

McDavid and Draisaitl are nearing their peaks — if they aren’t there already. It might not get much better for all those players mentioned on long-term deals either. If the Oilers can’t get past the first round now, in a division with an expansion team and a supposed power in Vegas missing the playoffs, it seems like an ominous sign.

That’s why Saturday matters so much. The Oilers win, and much of what’s been written becomes obsolete. Lose and they’re nearing crisis mode.

The pressure’s on. There’s no doubt about that.

Ruben Randall - September 9, 2022 0
TV/Movies
When a friend called Isaiah Washington two years ago suggesting he was the ideal fit for a Bass Reeves biopic, the actor was sold. The...

Seo In Guk to make an appearance in Han So Hee,...