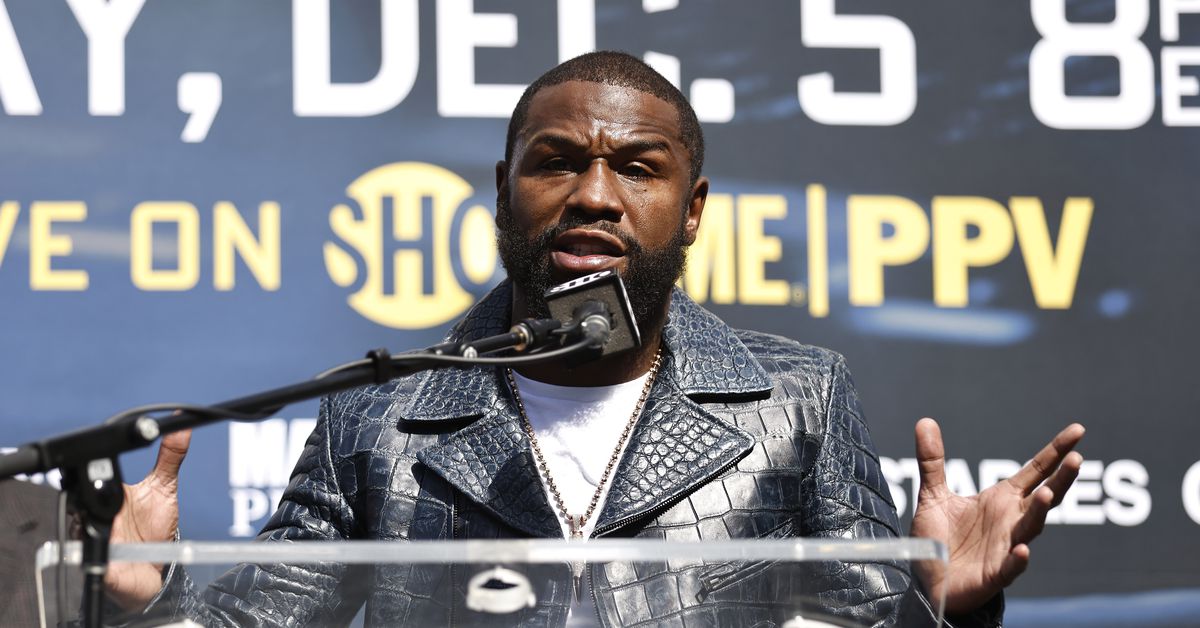 Floyd Mayweather just had a chat with Fight Hype about all the ongoing talk surrounding a potential fight between Ryan Garcia and Gervonta ‘Tank’ Davis. Here Floyd makes it clear that he’s open to making that fight before the year is out but that it’s not a fight that will be taking place at 140 pounds.

“All these fighters talk about how big they are and what they’ve done in the sport,” Mayweather said. “Once again, the main man in the sport of boxing right now is the one that’s attached to me — Gervonta ‘Tank’ Davis.

On Garcia wanting to fight Davis at 140

“Absolutely not. You just fought at 135 so why can’t you fight at 135 again? He’s young, I can see if he was a lot older. He’s not in his 30s. You know, guys get older and the weight settles in and then you can be like, ‘OK, I can’t make the weight no more.’ But he’s young, we have to make sacrifices.

“So if you feel like you can beat Tank, you’re the better fighter, then guess what, make sacrifices. We can fight in 90 days if you want to, whatever you want to do, and he’s gonna get smoked.”

“It’s not difficult to make. This is what we’re gonna do, we’re gonna turn down a lot of things but we’re not gonna turn down no money. I’ll let Oscar know this. Oscar, we can make the fight happen. The fight’s gotta be at 135. Even though I was fighting at 147, Oscar said, ‘Floyd, you got to come up to 154.’ Now remember this, he made a sacrifice for Manny Pacquiao, but he didn’t want to make a sacrifice for me because he felt like he was gonna have the edge over me with size.

“I’m gonna have Tank in the best shape of his life and just know when he hits that boy, he ain’t gonna wake up until next year.”

Ben Platt’s Pants Were At It Again

Beware: The GOP Has Chosen to Embrace the Crazy, by Jim...