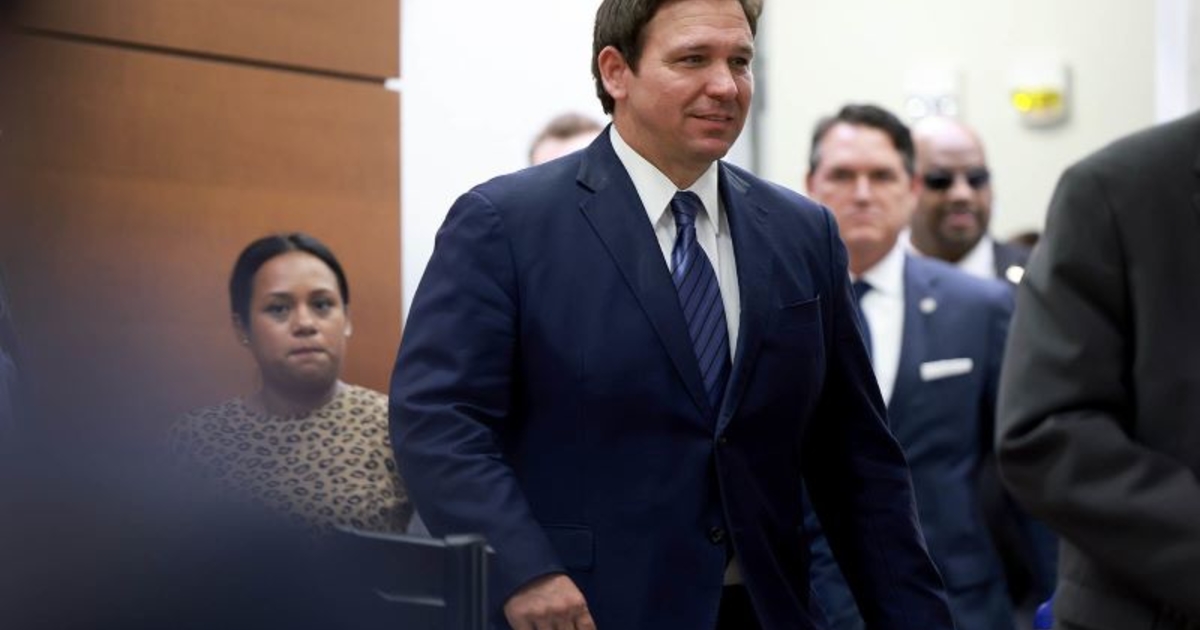 That tops the $136 million Trump collected over a slightly shorter period and dwarfs totals from former governor Charlie Crist and Agriculture Commissioner Nikki Fried, who are facing off in the Democratic primary for governor with two other candidates ahead of the Nov. 8 general election.

Unlike Trump, who relies largely on a network of small-dollar donors to fund his post-presidential political operations, DeSantis has raised the bulk of his money from a small number of wealthy donors writing him giant checks. That gives him plenty of money for his re-election effort in Florida, where laws allow unlimited contributions.

But it also raises doubts about the level of grassroots support for DeSantis and suggests he’ll have to widen his fundraising base for any presidential bid because federal rules limit direct contributions to candidates to just $2,900 per donor. Polls show Trump is the overwhelming favorite for the GOP nomination if he runs again, with DeSantis a distant second but well ahead of other potential Republican candidates.

About 500 donors have given $50,000 or more to Friends of Ron DeSantis, his political action committee which under Florida law can accept donations in unlimited amounts, accounting for $88 million of his fundraising haul. His big donors come from finance and real estate, health care and construction and a wide range of other businesses, a Bloomberg analysis of Florida campaign finance filings shows.

By contrast, donors who made contributions of less than $200 accounted for $8 million, or just 6%, of his haul. Unlike Trump, who’s raised $74 million or 54% of his total from January 2021 through June 30 from small-dollar donors, DeSantis doesn’t send multiple, daily fundraising pitches to supporters. Recently his campaign went a month without sending a text message to potential donors who signed up to receive them.

His top 500 donors include 10 billionaires, including Citadel’s Griffin, who moved his hedge fund’s headquarters to Miami from Chicago 14 months after giving $5 million. Other contributors include Tudor Jones, the chief executive officer of Tudor Investment Corp., Home Depot Inc. co-founder Bernard Marcus and Thomas Peterffy, the chairman of Interactive Brokers Inc.

Among DeSantis’s contributors are about 100 individuals who also have been donors to Trump’s committees or super PACs that supported his two White House bids, campaign finance records show. DeSantis got $50,000 from Wilbur Ross, who served as Trump’s commerce secretary. Developer and Trump business partner Phil Ruffin gave DeSantis $100,000.

A spokeswoman for DeSantis’s campaign declined to comment on his fundraising.

Democrats are already criticizing DeSantis’s reliance on deep-pocketed donors. Fried’s campaign said in a statement that “billionaires only have one candidate for governor of Florida and it’s Ron DeSantis.”

Get access to all our coverage with a subscription to Crain’s Chicago Business.

A spokesman for Crist was equally incredulous.

“Ron DeSantis has spent the last two years turning his back on Florida and cozying up to the donors he thinks will get him to the White House,” Samantha Ramirez said in a statement. “It’s no surprise he’s being bankrolled by conservative billionaires and special interests who prefer his culture warrior shtick to actually solving problems impacting working Floridians.”

Crist and Fried have argued in the closing days of their race about who’s better positioned to defeat DeSantis in November, but both trail the Florida governor in hypothetical polling match-ups. And the Democrats’ fundraising has paled in comparison, with Crist raising just $14 million through Aug. 5 while Fried has taken in only $7.4 million.

Many donors benefited from DeSantis’s policies allowing their businesses to operate with few additional restrictions through the coronavirus pandemic when other states were locking down. Restaurateurs ranging from owners of high-end establishments to fast-food joints, along with hoteliers, casinos and retail operators, gave $2.8 million, filings show.

Corporations also haven’t stopped giving to DeSantis after his fight earlier this year with Walt Disney Co., which objected to a law that limits school instruction about gender identity and sexual orientation, a measure critics call the “Don’t Say Gay” bill.

After DeSantis and the legislature responded with a bill in April that retaliated by putting the special tax district where Disney operates its Florida theme park into jeopardy, his PAC received $50,000 checks from health-care giant Humana Inc., cable provider Charter Communications Inc. and utility Teco Energy Inc., among others. Title insurer Fidelity National Financial Inc. gave $250,000.

But businesses have a complicated relationship with DeSantis. Many are grateful he lifted pandemic restrictions early while others resent being told what to do, according to Ben Wilcox, research director for Integrity Florida, a nonpartisan research institute and government watchdog.

DeSantis doesn’t need to seek small-dollar donors to fund his Florida re-election, said Aubrey Jewett, who teaches politics at the University of Central Florida in Orlando. But it might be perceived as a sign of weakness the longer he waits to tap that network, and relying on big checks could work against his image as a populist who’s willing to battle “woke” corporations, Jewett said.

But if DeSantis started a major small-dollar campaign across the US, it may fuel a narrative that he’s focused on the presidential contest instead of leading Florida, said Republican media strategist Adam Goodman. DeSantis should be able to build up a small-dollar donor base quickly if he has a convincing win in November’s contest, Goodman said.

Not a subscriber? We have options that meet your needs.

Chris Pratt looks loved up with wife Katherine Schwarzenegger as he plants kiss on...