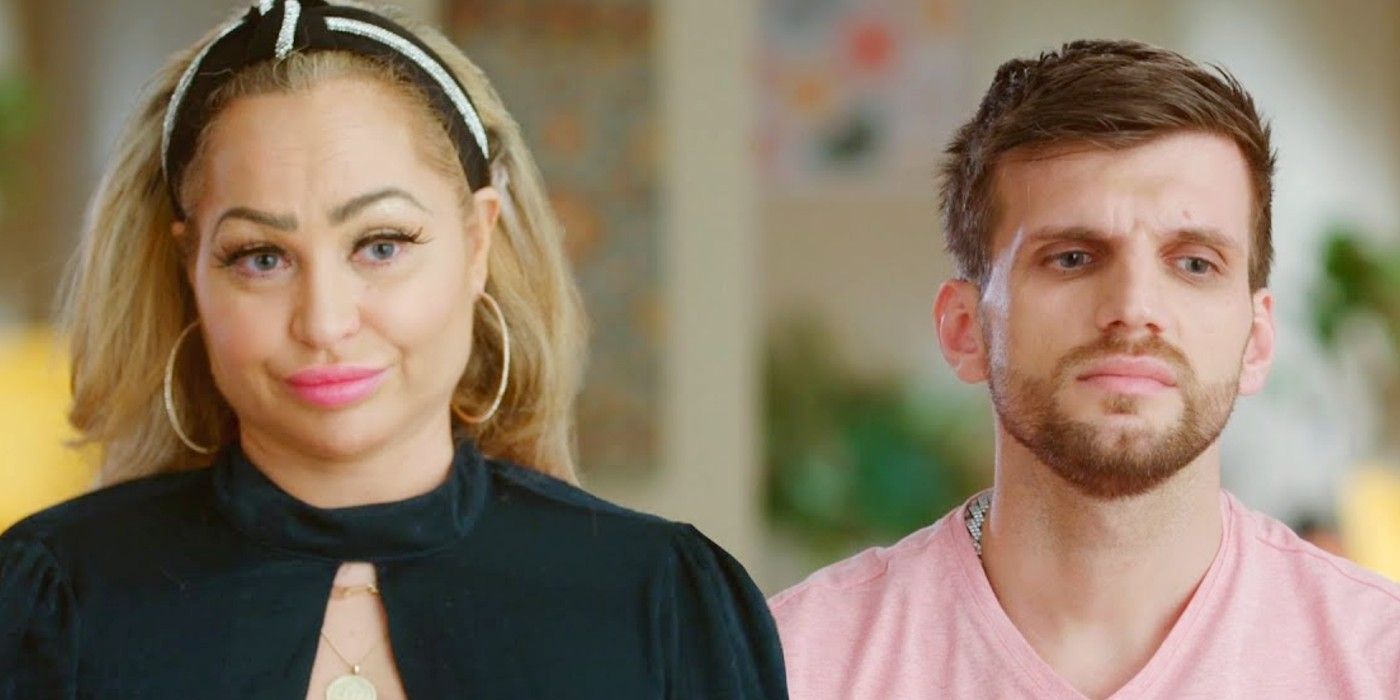 Former Darcey & Stacey cast member Florian Sukaj has recently posted a new modeling photo, but fans have accused him of using Photoshop. The Albanian reality star is most famous for his relationship with Stacey Silva and his appearance on the 90 Day Fiancé spin-off. Florian and Stacey have been dating for a long time despite their 15 years age gap. Besides, the two always make headlines together by sharing their comical modeling shots. A few weeks ago, the famous reality TV pair posted a scandalous photo of themselves, which got a lot of negative reception.

However, it seems that many 90 Day Fiancé fans have disliked the new photo of Florian even more than his last one with Stacey. Recently, a Redditor with the username Enlargedtooth shared the latest picture of the reality star with the title, “What’s up with the left side of his forehead? Why did they blur out his Adam’s apple?!” The professional picture shows Florian sitting on a stool while flaunting his lean physique in a tight suit. In the photo, he is sporting short-length pants, an unbuttoned shirt, and black loafers. The picture shows clear blur marks on Florian’s neck area, while his face from the side looks all scrunched up.

Related: Darcey & Stacey: Who Is Shanti Zohra, the Woman Florian ‘Cheated’ With?

Other 90 Day Fiancé fans also noticed the editing fail and shared their opinions. A Redditor wrote, “This is the kind of guy that looks like he would have too many Adams apples,” highlighting that the blurry neck region looks odd. Another Redditor bluntly commented, “These photo’s are not good for ‘professional’ model shots.” Someone else referred to the funny sitcom The Office and joked, “Is he wearing Michael Scott’s ladies suit?” A different Redditor commented, “Why are his eyes so creepy looking”.

It wouldn’t be surprising if Florian did share an edited shot, as the Silva twins are also famous for doing so. It is possible that Stacey helped her beau edit his modeling shots before he posted them online, and things got a bit out of hand. At the same time, if the photo is authentic, chances are it was just an amateur click from the photographer, and the angle, lighting, and pose have made it look like a Photoshop fail.

Many fans have felt that Florian isn’t a good model, and his facial expressions don’t look professional. He is believed to be sticking by Stacey’s side because she keeps him relevant and popular on social media. Previously, rumors of Florian cheating on his famous partner surfaced online, but nothing came of it. Stacey forgave her beau and stayed by his side. It could be that both of them are in a symbiotic relationship and are using each other for different reasons. But there’s also a little chance that the two Darcey & Stacey stars are in real love as they always share romantic posts on social media.

Ruben Randall - June 1, 2022 0
Celebrity
The announcement fell in between the Warriors and the rival Celtics advancing to the 2022 NBA Finals, but the Lakers have finally hired...

Best movies playing Florida theaters near me and streaming this week