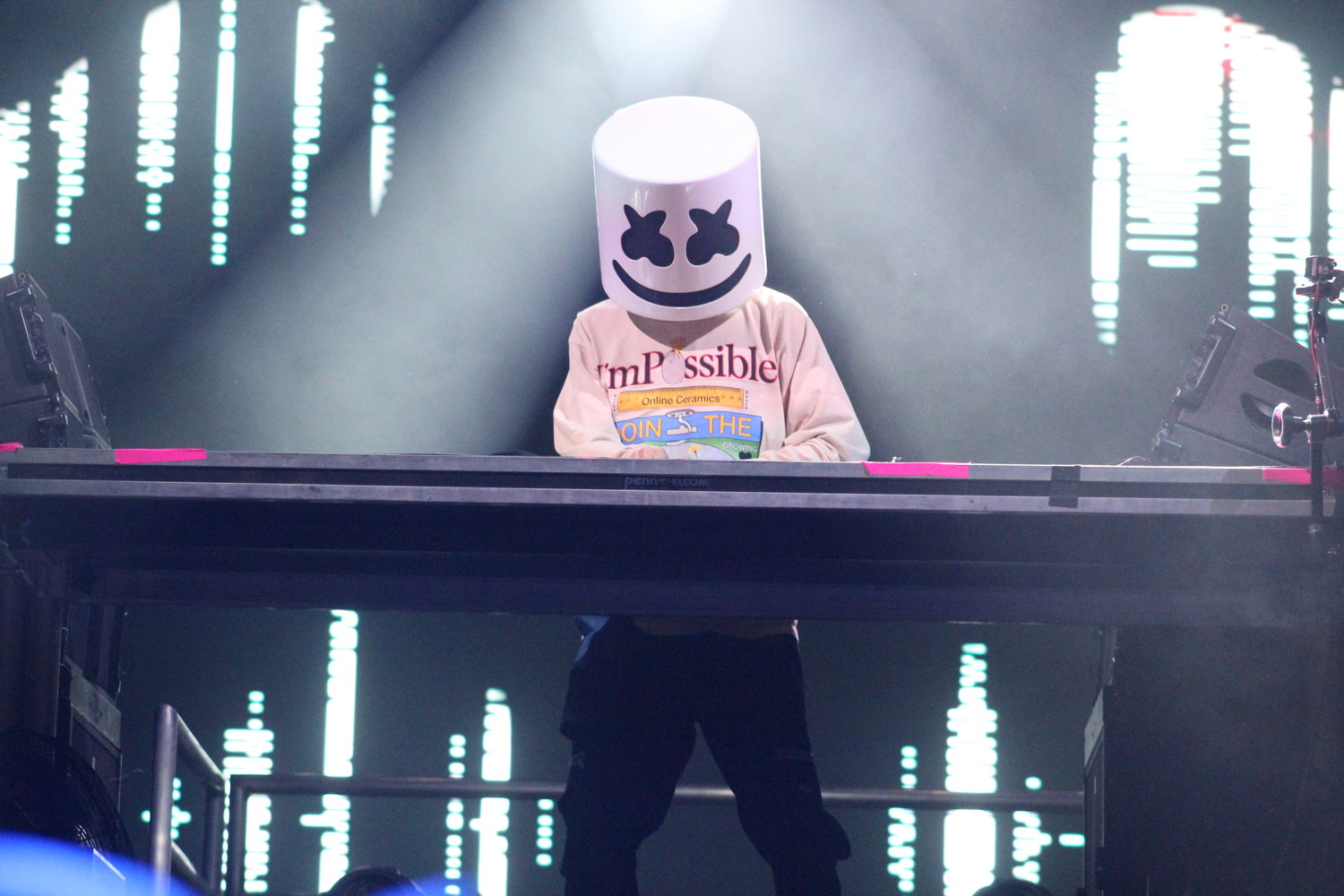 The stars were big and bright in the heart of Gonzales this past weekend. Music, camping, and tubing took over Gonzales as the 2022 Float Fest brought in star power music headliners, music lovers and outdoor enthusiasts.

Headliners Marshmello, Cage the Elephant, Chance the Rapper, Vampire Weekend and Deadmau5 brought their music and talent to the festival attendees over the weekend, along with an assortment of talented acts that made the event memorable to attendees.

Joanne Amard, of Georgetown, Texas, said she is looking forward for Deadmau5 and Cage the Elephant, even though she didn’t know the other artist, but “all the others are just a nice bonus.”

Float Fest brought in more the 15,000 people to the two day event with people floating the river, camping, and listening to their favorite artists, as well as shopping festival vendors and local merchants.

One local artist from Austin got a chance to perform in their first major festival in their home state.

Me Nd Adam, of Austin, consist of two members, Adam Walker and Vincent Winnick, who perform electronic Americana style of music; a mix of alternative country and electronic music.

Walker and Winnick were excited to be part of the festival and working via collaborations with other artists. Walker stated they have worked with Nightcap in a collaboration and will be releasing their collaboration on August 10.

“As far as the rest of the people on this bill, obviously, we’d (also) love to work with them someday.” Walker said. He also mentioned they hope to Walker and Winnick hope they can collaborate with Aly & AJ, as well as possibly Marshmello in the future.

When asked if they planned, previously, to visit Gonzales, they excitedly responded that they were interested to find out that this was the birth place of Texas independence.

“They teach you about the Alamo about 10 times going around second grade, fourth grade, seventh grade, (and it) goes on and on. Always heard about Gonzales and it’s wonderful to be here and see it for real.” Walker said.

Winnick added: “When you go to Dick’s Sporting Goods you see all those flags and different corn hole boards and say ‘Come and Take it’ you know, so now here we are in the land of ‘Come and Take It.’”

Many attendees from across Texas and the continental United States were very excited about being at the festival, some looking forward to seeing Vampire Weekend, Marshmello, Cage the Elephant and more headliners.

Alejandra Briones, of Fort Worth, arrived Sunday with her friends as a last-minute trip and she said they drove in and bought their tickets the night before. Looking forward, specifically, to Cage the Elephant and Lord Huron, in the hopes of hearing favorite songs ‘Social Cues’ and ‘Meet Me in the Woods’ at her first ever music festival. Briones reported her great excitement at being a part of the fun:

“I think it’s fun. I wish it wasn’t as hot as it is because the sun is killer.” Briones said. “But it’s really fun interacting with people and meeting new people, and the music too, there’s a lot of bands that I have not heard of and it’s really cool.”

The festival came when the state is dealing with triple digit weather for several weeks, and Cedar Park Firefighter and president of the Capitol Medical service, Sean Cone, reported keeping busy with attendees and multiple heat related issues during the festival.

“We’ve had a steady stream of patients, but the festival has done a really good job of providing the resources that we need; water trucks and ice water so we’ve been able to deal with all the issues,” Cone said.

The festival had medical tents near the stages and Cone added they had plenty of “medical and water support” able to provide the service to the concert attendees and artists.

Visiting festival goers Amard and her partner, Wyatt Denham, made sure they were hydrated and hoping to spend their time moving from shaded area to shaded area.

“We almost overheated at the beginning we had to go sit down in the hammocks and sleep it off for like three hours.” Amard said.

Several local officials were in attendance, including County Judge Pat Davis, who said during Monday’s routinecommissioners court meeting following the festival, stated he was interested in the local law enforcement and emergency perspective.

“I just wanted, in public comment, to thank all of our resources that came in to help us, which was unbelievable.” Davis stated “I floated the river one day just to get out there, because I wanted to see if there’s trash being thrown and stuff being left in there.” Davis continued saying there was “hardly any trash” and “everybody was utilizing their trash bags that they got.”

“The ones that were floating on the river gave numerous compliments to law enforcement, EMS and TexSAR, who were in the water.” Davis stated. There was case two water rescues, one for drinking and the other having trouble in the water, Davis relayed.

Davis reported there was “no pushing, no fussing, and no fighting” when he watched portions of the Marshmello set, and only big thing he saw in the crowds were beach balls bouncing everywhere during the excitement of good music and good fun.

Gonzales County Sheriff Chief Deputy Dennis Jahns reported 21 arrests, with only 15 associated with Floats Fest, and he stated at commissioners court that no arrests were made at the festival grounds.

“Saturday and Sunday, I was on the river on the Boothe property and we never had a problem.” Janhs stated “The people were all respectful and there was no trash being left behind. It was very nice and everybody who showed up was really awesome.”

Float Fest has released a statement regarding the thefts and are aware of the situation that occurred Friday, July 22.

The festival did have overnight security throughout the festival and concert grounds where the vendors were located and looking into how the thefts occurred, according to the statement, and the vendors have met with local law enforcement in Gonzales and the festival organizers have plans to work with each vendor “concerning any losses they have sustained.”

“We appreciate all of the vendors that came out to Float Fest this year, and this unfortunate incident in no way represents the entire experience we sought to deliver to both attendees and vendors at Float Fest 2022.”

The festival closed out with Cage the Elephant, Marshmello, and a sighting of either a meteor or space junk overhead ofthe festival Sunday night, adding an exciting additional element during the festivities.

Ruben Randall - February 17, 2022 0
Money
BRIT Awards host and comedian Mo Gilligan is continuing to make a name for himself. His success has brought him a huge amount of...