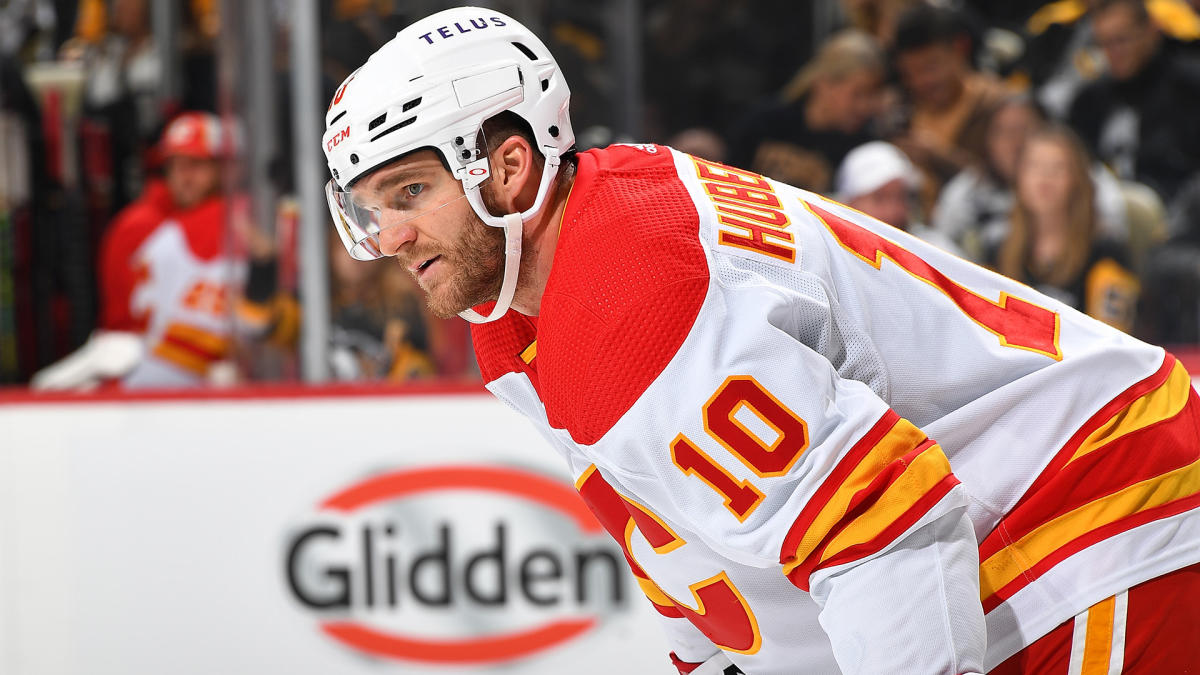 When the Calgary Flames signed new acquisitions Jonathan Huberdeau and Mackenzie Weegar to massive eight-year contract extensions this summer, it looked like they had become instant winners of the blockbuster trade that sent young superstar Matthew Tkachuk to the Florida Panthers in exchange for the duo.

Florida also inked the top unrestricted free agent on the market, Nazem Kadri, signing him to a seven-year $49-million contract worth $7 million per season through 2028-29. They also managed to re-sign 35-goal scorer Andrew Mangiapane to a three-year extension worth $5.8 million per season.

It was a tidy bit of business for general manager Brad Treliving in a year when the Flames watched star forward Johnny Gaudreau walk away via unrestricted free agency, followed by Tkachuk’s trade request.

With Vezina runner-up Jacob Markstrom returning in net, the scene looked set for a successful regular season and contention in the playoffs

Fast forward to the quarter point of the season, and the Flames have spent most of the campaign outside the playoff picture, although they’re currently holding the last wild-card position in the Western Conference by a single point, with both teams below them having a game in hand.

The issues throughout the Flames organization seem to be compounding early on, most notably with Treliving’s key returns in the Tkachuk trade floundering out of the gate.

Mangiapane is also off to a miserable start with only four goals and nine points in 22 games. He had a multi-point game against Florida as well, giving reason for hope, albeit in a small sample.

In net, Jacob Markstrom’s 0.889 save percentage sits 59th in the NHL, and his goals-against average climbed above 3.00 for the first time as a starter in his career.

Adding these subpar performances together, coupled with an injury-plagued blueline, and the Flames’ struggles come into view. Presumably, Calgary’s fate can be reversed when these collective slumps are broken. That said, however, there is reason for concern in Calgary, and as much as Treliving had a touted offseason, the cause for concern rests squarely on his shoulders.

Calgary’s cap situation moving forward looks precarious. The new contracts from this offseason total $29,550,000 for four players, which won’t kick in until Huberdeau and Weegar’s deals take effect next season. Add Markstrom’s $6 million, which is a bargain if he returns to his 2021-22 form, and Blake Coleman’s head-scratching $4.9 million until 2026-27, and you’re halfway to the cap for a line of underperforming (minus Kadri) players.

Where the real issue comes in for the Flames, is their lack of internal depth to provide affordable replacements for players like Milan Lucic, who to the delight of Flames fans comes off the books after this season.

Not a single player selected by the Calgary Flames from the 2018 NHL draft onward has played a game in the NHL. That is five years of development and draft classes without a solitary call-up or impact prospect. When you couple this with their top 2017 pick, Juuso Valimaki, being placed on waivers this season and claimed by the Arizona Coyotes for nothing, it gets bleak. Their first-round pick the year before? Tkachuk.

Assuming this is only an early-season slump and Calgary’s new arrivals soon find chemistry with their stayovers, and the defence and Markstrom’s ability to keep the puck out of the net improves, the Flames still, on paper, look like a contender. If their struggles continue, Treliving’s first order will be determining how committed he is to Darryl Sutter. If Treliving’s new stars can’t thrive under the old-school coach, a change will be necessary.

It’s hard to believe Calgary’s struggles are a long-term plight. If they are, due to poor drafting, development and asset management, however, it could spell disaster for the Flames.