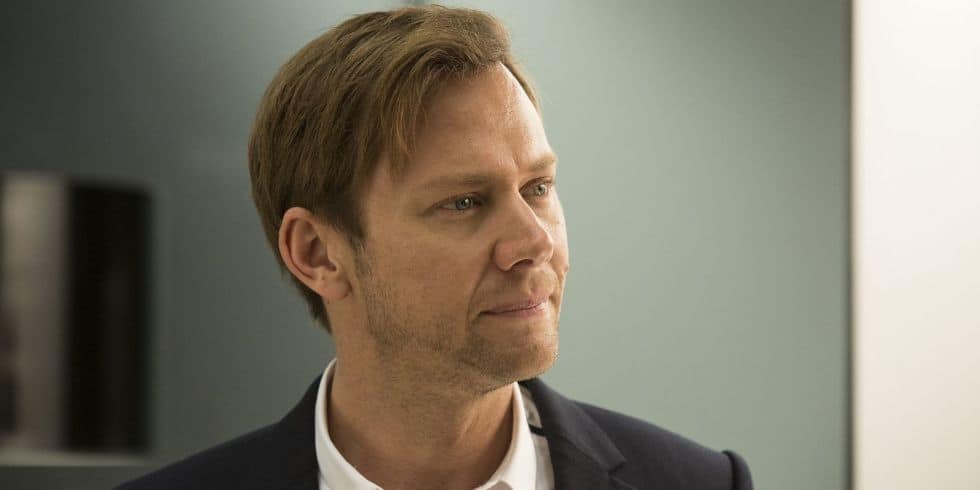 The first time I saw Jimmi Simpson was in the movie Stay Alive. It was kind of a cheesy horror flick about a video game that had taken on a life of its own thanks to being based on an old legend about a woman that killed people and bathed in the blood of her victims. Yeah, creepy. Jimmie played the part of Loomis, who was eccentric to say the least and kind of a punk at times as well. But the point is that as much as you either hated or loved Loomis it was because Jimmi was just that great at the part. So far in his career he’s played a few characters that people just love to hate. It could be his dry sense of humor and delivery or it could be the fact that he does look like someone you’d expect to be the bad guy or at least someone working with the bad guy. I couldn’t tell you what he’s really like in real life but his talent is great enough that he should eventually be someone that people simply want when they think of certain roles that need to be filled.

He kind of looks like a weasel but he’s a good actor.

5. He worked at a pizza place while going through college.

Those of us that have been through college understand what it’s like to have to have a job to help pay whatever our tuition doesn’t cover and to have some extra spending money. On the other side of that is the fact that having a job does keep you grounded and allows you to realize what the real world holds in store for you if you don’t take your studies seriously.

4. He was Charlie Day’s roommate.

He was Day’s roommate in LA and in New York, so it’s safe to say that they got along pretty well. Plus it must have been kind of interesting trying to get into show business together, if that was the case. It seems like a lot of famous people used to room with each other at one point or another.

3. He was offered a role in Live Free or Die Hard.

Honestly it might be better that he didn’t take the role. He had something else going at the time and had to decline. Truthfully though I don’t know a this film would be a boon on anyone’s resume since it really wasn’t that great. Even Timothy Olyphant, whose career has been rising throughout the years, couldn’t do enough to pull this one out of the gutter.

2. He kind of prefers the theater.

His explanation for this is that in theater you get to be the character you’re playing and that’s how it will be. There isn’t anyone that’s going to come along and edit your parts out midstream, and in the theater the acting is a little more free and less encumbered by the many different aspects that an actor has to put up with in film.

1. He got a Bachelor’s degree in Theater Arts.

He went into it because it looked like fun, but Jimmi never thought it would take him anywhere. All these years later it seems like he made the right choice and was pleasantly surprised.