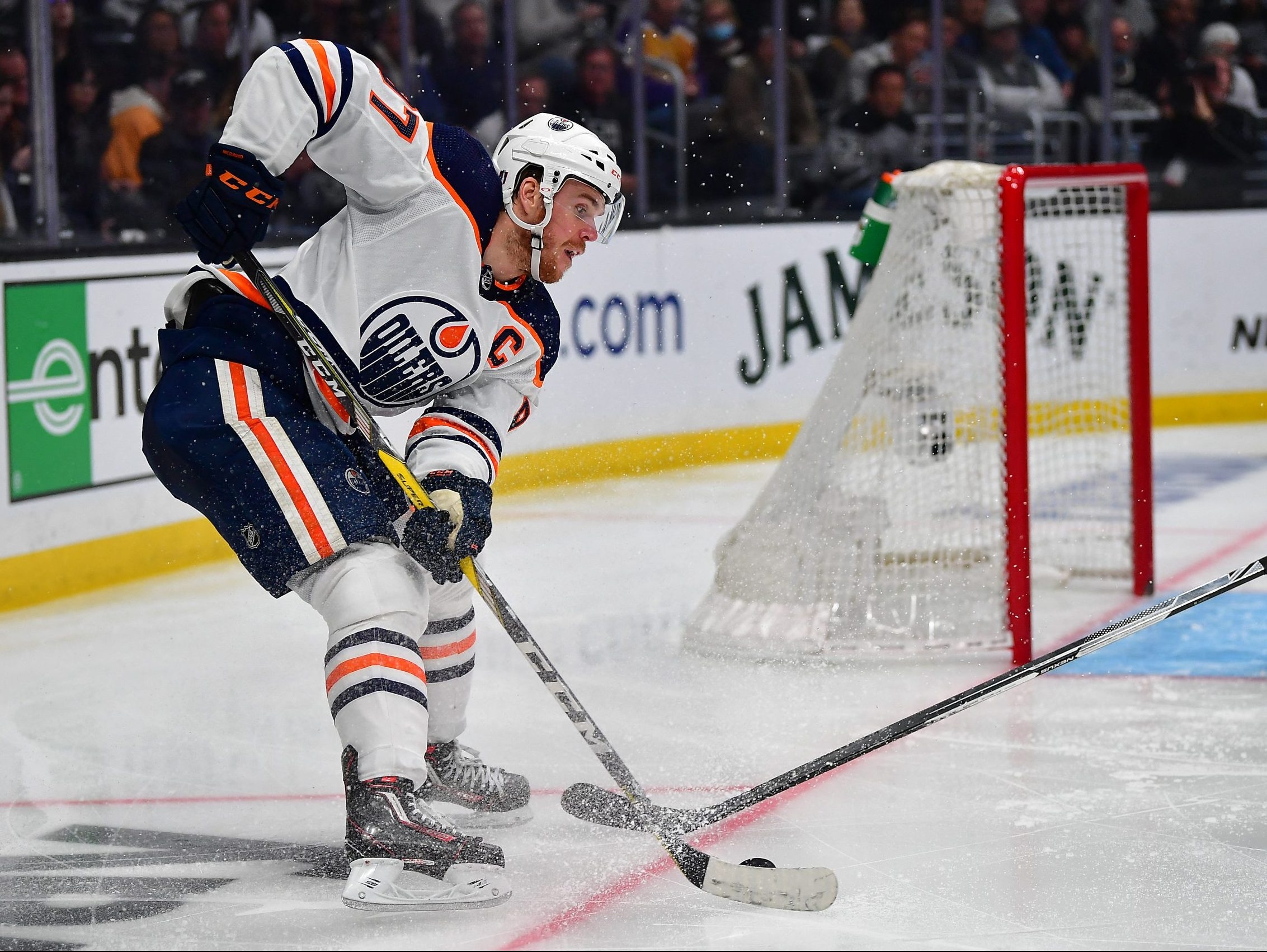 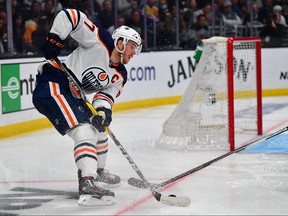 Oilers center Connor McDavid has never made it deep in the playoffs. Photo by Gary A. Vasquez /USA TODAY Sports

Winning the NHL draft lottery is the off-ice spring reward for the on-ice winter misery of a season gone awry from the start.

It also represents a fantastic marketing vehicle, a face for the future — most likely Shane Wright of the Kingston Frontenacs — to try and sell a turnaround, generating momentum for summer hope.

It’s not, however, an automatic ticket to the top. Far from it.

The last first overall selection to win the Stanley Cup is Steven Stamkos, the top choice by the Tampa Bay Lightning way back in 2008.

Stamkos and his Lightning are aiming to add even more frustration to the lives of the Toronto Maple Leafs and their fans with a first round victory while pursuing a third consecutive championship.

Stamkos is one of only six first picks in the past 30 years that has gone on to lead the team that drafted him all the way to the Stanley Cup. It’s an elite, star-studded group that also includes Patrick Kane, Sidney Crosby, Alex Ovechkin, Marc-Andre Fleury and Vincent Lecavalier.

We apologize, but this video has failed to load.

Kane, who heard his name called first in 2007, also helped lift the basement-dwelling Chicago Blackhawks to the NHL’s penthouse three times, hoisting the Cup in 2010, 2013 and 2015.

After that, though, it has been a tough grind for the top picks who carry the heavy expectations that come with the selection. Back in 1998, former Tampa owner Art Williams suggested first pick Vincent Lecavalier would eventually become the “Michael Jordan of hockey.”

If and when it does happen, it can take seemingly forever to reach the top. Fortunately for Lecavalier, he skated to the Cup with the Lightning in 2004.

For all the hype and incredible regular season success surrounding 2004 top pick Alex Ovechkin, it took him 13 seasons to finally get over the hump to win the Stanley Cup with the Washington Capitals in 2017.

Which brings us to the heat and the fever of the first round of the playoffs and all of the marquee, former first overall names involved.

It’s hardly news in Toronto, but Matthews, now finishing off his sixth NHL season, has yet to win a playoff round. McDavid, playing in his seventh campaign, has won a grand total of one post-season series. Nugent-Hopkins has played a decade, with only one playoff round victory to his name.

After Colorado swept aside the Nashville Predators, the Avalanche have now won four consecutive first round series, but they haven’t yet won a second round with MacKinnon on board.

Ekblad, meanwhile, is in the same place as Matthews, yet to win a single playoff series.

The difficult climb to the top illustrates a number of things, including the fact that hockey is and always will be a team game.

It’s unusual for the most elite defenceman to top 30 minutes per game and the highest end forward to crack the 25-minute barrier.

As a goaltender, Fleury is the exception to that rule, but the point is, it takes a large supporting cast to get through one physically and emotionally demanding playoff round, let alone four of them.

Often, as was the case with Crosby and Fleury in Pittsburgh and Kane in Chicago, it takes years of struggles and an assortment of other top five selections to develop a young core that can eventually rise to that challenge.

Crosby and Fleury had Malkin, chosen second overall behind Ovechkin in 2004. The 2009 championship team also included Jordan Staal, who was taken second by the Penguins in 2006.

Kane had Jonathan Toews (third in 2006) by his side. Stamkos and the rest of the Lightning have benefitted from watching Victor Hedman (second in 2009) mature into a perennial Norris Trophy candidate.

We apologize, but this video has failed to load.

Of course, being bad for an extended stretch is no guarantee, either.

Just ask the previous generation of the Edmonton Oilers, where three consecutive years of picking first — Taylor Hall in 2010, Nugent Hopkins in 2011 and Nail Yakupov the following year — added up to little more than endless frustration.

Yakupov played four seasons with the Oilers before being traded to the St. Louis Blues for minor league journeyman Zach Pochiro in 2016. He just completed his fifth consecutive season in the KHL. Hall was also traded away to the New Jersey Devils for defenceman Adam Larsson in 2016.

When it comes to successfully trading away first overall picks, the Quebec Nordiques take the cake.

In the blockbuster deal that eventually sent disgruntled 1991 number one pick Eric Lindros to the Philadelphia Flyers, the Nordiques landed a boatload of talent and draft picks. Most notable among them was Peter Forsberg, who eventually led the franchise to Stanley Cup titles in 1996 and 2001 after the organization moved to Colorado.

The Canadiens should enjoy the draft spotlight and the promise that comes with having a first pick, but their fans should recognize that a Stanley Cup is a long way away.

Sign up to receive daily headline news from the Ottawa SUN, a division of Postmedia Network Inc.

The next issue of The Ottawa Sun Headline News will soon be in your inbox.