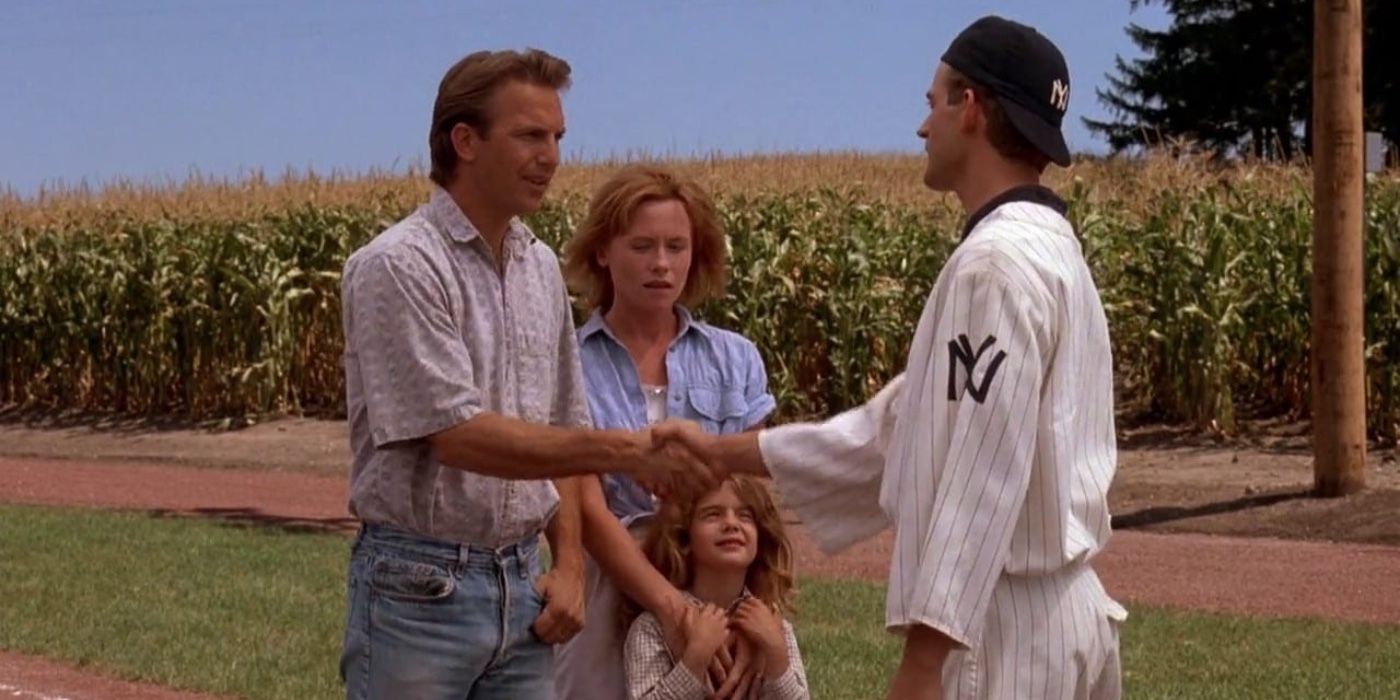 Peacock’s upcoming television adaption of the beloved baseball film Field of Dreams will no longer be happening at the streaming service.

The upcoming television adaptation of Field of Dreams will no longer be happening at Peacock. Released in 1989, the Kevin Costner-centered film has remained one of the most beloved sports films in movie history. Based on the 1982 W.P. Kinsella novel Shoeless Joe, the iconic film was directed by Phil Alden Robinson and sees farmer Ray Kinsella (Costner) build a baseball field in the center of a cornfield to attract the haunting ghosts of former baseball legends. It was previously announced that Peacock had straight-to-series ordered The Good Place creator Michael Schur’s Field of Dreams show adaption, with no word on the future of the series, until now.

It has now been announced that the upcoming Field of Dreams television adaptation will no longer be at Peacock, via Variety. The upcoming adaption is currently being shopped around to other outlets by Universal Television.

Related: Field of Dreams Ending Explained: What Kevin Costner’s Movie Is Really About

Schur was already onboard on the upcoming television adaption of Field of Dreams as the series writer and executive producer along with Lawrence Gordon of The Golden Company. The Golden Company also produced the 1989 film, which went on to be nominated for three Academy Awards, including Best Picture and Best Original Score. As the Field of Dreams television adaption is now looking for a new home, another iconic baseball film turned tv show is soon to make its debut on Amazon with the streamer’s adaption of A League of Their Own premier set for August 12.

Mackenzie Templeton is a news writer for Screen Rant, covering Movies and Television. She grew up in small-town America before moving to Chicago to purse a career in entertainment journalism. While attending school at Columbia College Chicago, Mackenzie and her two roommates started their own online music publication, Aggression Magazine. Since then, Mackenzie has contributed to Alternative Press magazine, Red Roll, and so on. When she’s not knee-deep in a Tarantino film binge, Mackenzie can be found face first in a Hunter S. Thompson tale, in the nosebleeds of a Miami Heat nail-biter or arguing the greatest rock album of all time.

Leonard Pitts Jr.: Bill Russell was ‘an arrogant Negro’ to the...

Ruben Randall - August 4, 2022 0
Celebrity
Leonard Pitts Back in the day, his FBI file dubbed him “an arrogant Negro.” But then, people often mistook principle...