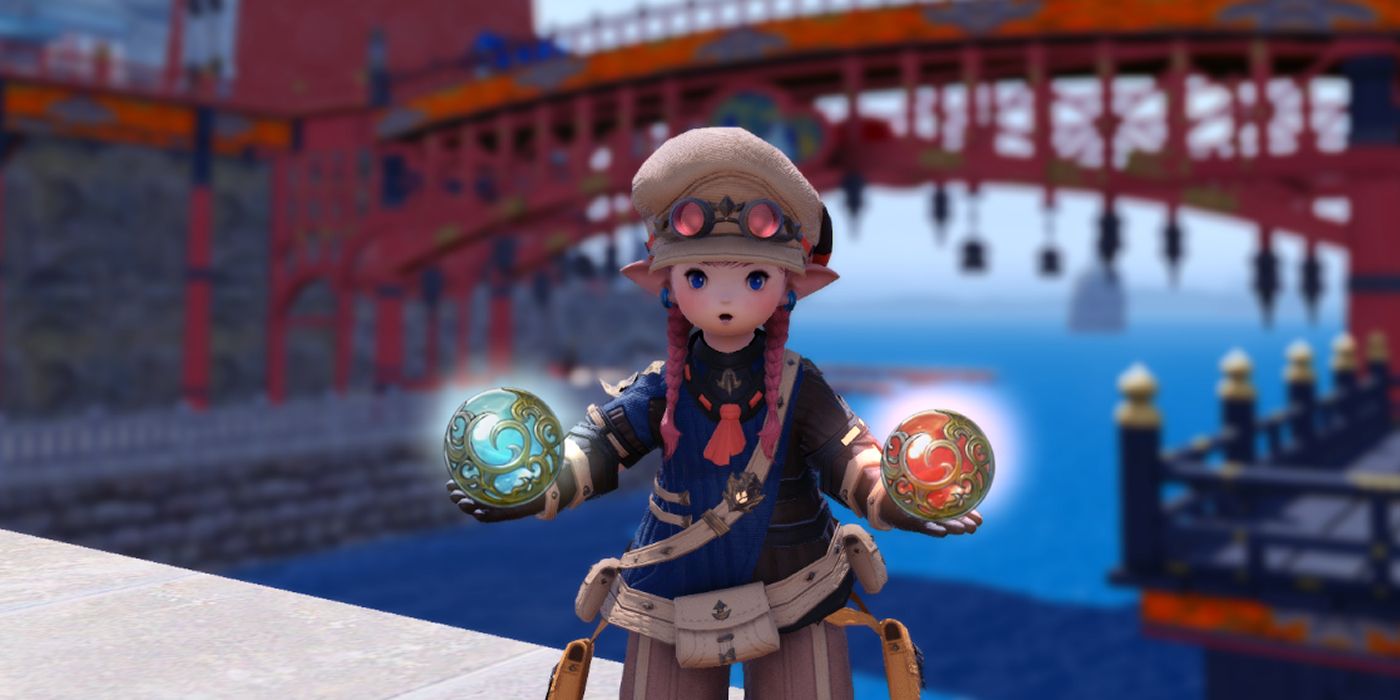 Melding Materia is the fundamental way to enhance equipment in Final Fantasy XIV. To use Materia, players will need to complete a few side quests.

While the base stats for a weapon or armor piece in Final Fantasy XIV primarily depend on whether it’s of normal or high quality, Materia can enhance an item’s capacity further. Materia are magical orbs varying in color and strength that can enchant player equipment, boosting its initial stats. In addition, players can attach and detach Materia to integrated gear sockets, and they can even meld Materia beyond an item’s available slot count with overmelding. While Materia can be earned as a quest reward or bought from players and NPC vendors, it can also be crafted in Final Fantasy XIV by reaching 100% Spiritbond with one’s equipment.

Spiritbond in Final Fantasy XIV can be thought of as the “XP” of a gear piece. Players can increase a weapon or armor’s Spiritbond by simply using it for an extended duration. Once the “XP” reaches 100%, players have the option to extract Materia from the item, resetting the Spiritbond to 0% but granting the player a new gear-enhancing orb. Howbeit, the player’s ability to meld, extract, and overmeld Materia must be first unlocked in Final Fantasy XIV.

Related: FFXIV: How to Become A Paladin

Materia can be earned, purchased, or sold without restriction early on in the game. However, players who wish to attach or meld Materia to their equipment will need to complete a few brief prerequisite side quests in Final Fantasy XIV. First, finish “Forging the Spirit,” the Level 19 quest from Swynbroes located at The Bonfire in Central Thanalan. He will teach players the “Extracting Materia” action, which grants the ability to craft Materia by extracting it from a piece of gear with 100% Spiritbond. Players can find Swynbroes at X: 24, Y: 13.8, northeast of Black Brush Station.

Next, players must learn how to use Materia in FFXIV by melding it to their weapons or armor. Speak with F’hobhas, another NPC at The Bonfire nearby Swynbroes. Complete her Level 19 quest “Waking the Spirit” to attach Materia to gear. Bear in mind that the player must be Level 19 of a crafting job in Final Fantasy XIV, not a combat job.

Finally, if players wish to meld Materia above and beyond their gear’s available slots, they must “Melding Materia Muchly” at Level 25. Mutamix Bubblypots, the quest giver, is located in the same area near Swynbroes and F’hobhas. Players should note that overmelding Materia isn’t always guaranteed to be a success, and failure will result in the loss of the Materia. Once players acquire the ability to meld, extract, and overmeld Materia, they have full liberty over how they wish to boost their equipment, granted their gear is within the appropriate level range for the Materia’s enchantment. Materia-related Actions can be found within the Character menu or accessed by opening the drop-down menu of any piece of gear.

Next: Final Fantasy XIV: How to Earn Irregular Tomestones of Lore (The Fast Way)


Ethan is American from California and holds a double-major degree in Business Admin. and Media & Comm. While adept in writing a variety of articles, he currently focuses on writing game guides for Screen Rant. He has a lifelong purpose of conquering his Steam backlog someday.

Ruben Randall - March 13, 2022 0
Money
Get your ass up and work – unless you were born a billionaire x The sheer amount of Kardashian business ventures out there in the...

MLB Power Rankings: The Padres reach a season high and the...