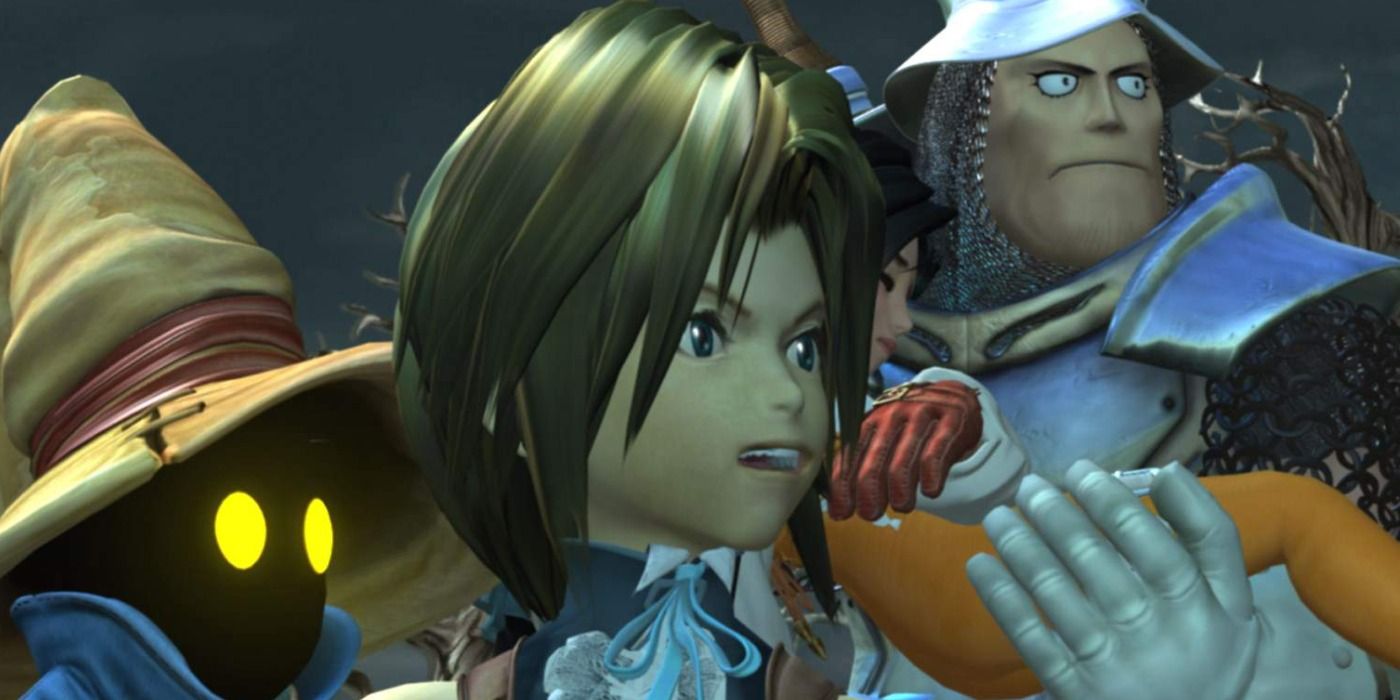 There have been rumors circulating about a remake of Final Fantasy IX, yet there is still no concrete evidence regarding its existence. Square Enix has yet to officially announce the game, and its existence would seem extremely unlikely, were it not for one incredibly credible leak. The idea of the FF9 Remake being real could go back to an announcement that happened before the infamous leak, though fans didn’t realize it at the time.

FF9 is one of the most popular entries in the series, with fans praising its return to a fantasy setting, following the more high-tech FF7 and FF8. The visuals in the game were stunning for the PS1 era, and its epic scope and memorable characters have kept fans hooked for decades. The people who have yet to experience FF9 can easily do so, as it’s available on all modern consoles, PC, and mobile devices, with some added QoL features that iron out some of the more outdated aspects of its gameplay.

Square Enix might seem like it has its hands full with the next entry in the FF7 Remake series on PS4/PS5, new content for FFXIV, a new entry in the Kingdom Hearts series, and a ton of remasters/remakes for its older properties, including Front Mission and Live a Live. The company is so big that it could easily obfuscate the fact that it’s working on a remake of FF9. There have been hints dropping about FF9 Remake over the past year, and the time might have arrived for the return of the Tantalus Theater Troupe.

The announcement of the FF9 animated series isn’t the reason why people think a remake is on the way, but it does give the game a reason to exist, especially if FF9 is being remade before FF8. It was revealed in June 2021 that Cyber Group Studios, an animation studio based in Paris, is working on an animated version of FF9. According to a press release issued by Cyber Group Studios, the series will be an adaptation of FF9, and it will be aimed at kids aged 8-13, while also pleasing game players. This age range suggests it won’t be a straight adaptation, as FF9 has some incredibly dark moments and themes, which wouldn’t work well in a kids project, especially one aimed at a worldwide audience. There have been no more announcements regarding the animated series, but the fact that it was announced during the pandemic suggests that it won’t be released anytime soon.

The reason the FF9 animated series is important is that it gives Square Enix a reason to remake the game, especially while it has its hand full remaking FF7. The idea of Square Enix remaking FF9 before FF8 seems unlikely unless it has a huge animated project to co-promote. The FF7 Remake is tailored to a more mature audience, with FF7 Remake Intergrade even adding blood, so a kid-friendly FF9 Remake could exist alongside it.

On July 8, 2021, the official Japanese Square Enix YouTube channel added the trailer for the remaster of FF9 that is available on modern systems. The reason this was such an odd move was that the remaster had been available for some time, and it was the only retro trailer added on that date. There are also remasters of FF7 and FF8 available on modern systems, yet their trailers weren’t added to the YouTube channel when the FF9 one was.

The smoking gun for the FF9 Remake (and the only real hint at its existence) happened in September 2021, when the GeForce Now leak was revealed online. Someone had managed to datamine the GeForce Now service and they came up with a list of names for games within its files. A lot of people thought this leak was a fake at first, as some of the names seemed to be unlikely.

On the Square Enix side of things, the GeForce Now leak claimed that a Chrono Cross remaster, Kingdom Hearts 4, and the FF9 Remake were listed, as well as remasters of Final Fantasy Tactics and Tactics Ogre. The remasters didn’t seem too far-fetched, as Square Enix has been bringing many games from its back catalog to modern systems, but the idea of FF9 being remade while FF7 Remake was still being developed, as well as Kingdom Hearts 4 launching anytime soon, seemed highly unlikely to fans.

The GeForce Now leak slowly grew more legitimate over time, with games like Grand Theft Auto: The Trilogy – The Definitive Edition being revealed to the public. The first big reveal from the Square Enix part of the list happened during the February 2022 Nintendo Direct, when Chrono Cross: The Radical Dreamers Edition was announced. This got people excited for the FF9 Remake rumors being real, but it still wasn’t a sure thing. There had been rumors circulating regarding a Chrono Cross remaster before the GeForce Now leak, and the leak also failed to mention that Radical Dreamers was going to be included, even though it’s in the title of the game. The Chrono Cross remaster might have been legit, but that didn’t mean FF9 Remake was real.

The existence of Kingdom Hearts 4 was deemed even less likely than FF9 Remake. The reason for this is due to the long wait for the last game, with Kingdom Hearts fans waiting nearly fifteen years for Kingdom Hearts 3. Square Enix’s MO has been to release lots of Kingdom Hearts spin-offs that slowly reveal hints about the story, and fans expected the same after Kingdom Hearts 3, while series creator Tetsuya Nomura is supposed to be busy with other projects, including the FF7 Remake series.

Kingdom Hearts 4 was officially announced during the 20th-anniversary celebrations for the series, though fans aren’t expecting to play it for a while. The announcement of Kingdom Hearts 4 is seen as the biggest smoking gun regarding FF9 Remake since the GeForce Now leak. If Kingdom Hearts 4 is real, then surely FF9 Remake can be as well? There have also been hints that the Final Fantasy Tactics and Tactics Ogre remasters are legit, due to trademark renewals and surveys distributed by Square Enix, rounding out the GeForce Now list.

If the FF9 Remake is real, then Square Enix will likely announce it in 2022, as this year marks the Final Fantasy series’ 35th anniversary. The real question is when such an announcement would be made, as there is no E3 in 2022, but there are other events that could accommodate the announcement, such as Summer Games Fest or the Tokyo Game Show. If the rumors regarding Sony purchasing Square Enix are true, then the announcement for Final Fantasy 9 Remake could happen during the next State of Play, along with an exclusivity announcement.

Next: Why Fans Think A FF7 Summon Was Supposed To Be FF9’s Final Boss


Scott has been writing for Screen Rant since 2016 and regularly contributes to The Gamer. He has previously written articles and video scripts for websites like Cracked, Dorkly, Topless Robot, and TopTenz.
A graduate of Edge Hill University in the UK, Scott started out as a film student before moving into journalism. It turned out that wasting a childhood playing video games, reading comic books, and watching movies could be used for finding employment, regardless of what any career advisor might tell you. Scott specializes in gaming and has loved the medium since the early ‘90s when his first console was a ZX Spectrum that used to take 40 minutes to load a game from a tape cassette player to a black and white TV set. Scott now writes game reviews for Screen Rant and The Gamer, as well as news reports, opinion pieces, and game guides. He can be contacted on LinkedIn.

Ruben Randall - August 22, 2022 0
Money
Harry Styles and Olivia Wilde are taking on the Big Apple!Ahead of his 15 nights of performances at Madison Square Garden, Styles, 28, was...