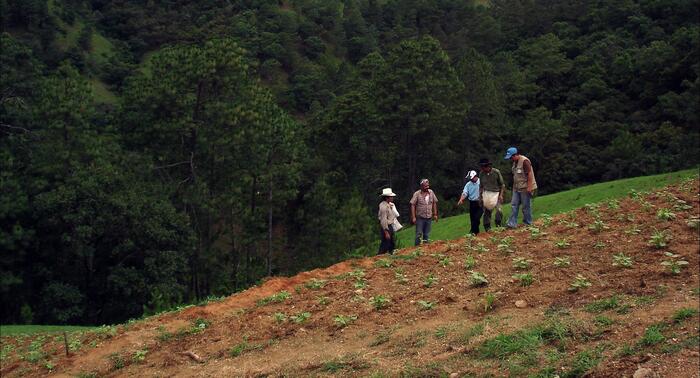 $20 million contribution from U.S.A. will catalyze more efficient use of fertilizers

Rome – The Food and Agriculture Organization of the United Nations (FAO) will fast track an impact-oriented project in Central America and in sub-Saharan Africa for digital soil nutrient mapping thanks to a $20 million contribution from the Government of the United States of America. This type of soil mapping can improve the efficiency in the use of fertilizers and help to boost food security and nutrition.

“This contribution is timely and allows us to scale up the use of soil mapping in regions where it is most needed and where we are seeing a decline in fertilizer use due to price hikes,” stated QU Dongyu, FAO Director-General, as he welcomed the investment. “By understanding what nutrients our soils and crops need, we will reduce waste when applying fertilizers and increase their effectiveness.”

Ambassador Cindy McCain, U.S. Permanent Representative to FAO and the Rome-based UN agencies, announced the contribution during a week-long field visit to Guatemala and Honduras. The funds will help tackle what she called an unparalleled global food crisis and address both immediate and long-term needs many countries are facing due to skyrocketing food and fertilizer prices. The impacts of the climate crisis, such as frequent droughts, floods and high temperatures also put food security and nutrition at risk. Managing soils sustainably to increase resilience and adapt to these changes is essential and must be based on informed decisions and continuous monitoring of soil health.

The funding will be primarily used to conduct targeted soil nutrient mapping to systematize and improve the existing soil maps in Guatemala and Honduras, as well as in other countries in Central America and sub-Saharan Africa, where Ambassador McCain noted FAO has proven experience in building capacity and digitizing soil maps, which have fast, positive impacts on crop yields and sustainability.

See also  Tim Tszyu gets up from early knockdown to win his U.S. Debut over Terrell Gausha

FAO has already been supporting the scaling up of a pioneering project in Ethiopia, where agriculture – almost all of it practiced by smallholders – accounts for 40 percent of value-added economic activity and employs more than 80 percent of the population. That project used digital soil nutrient mapping technologies to generate timely information, particularly on how to optimize fertilizer use, and has already led to yield and availability increases of high-quality grains in the country.

Fostering the creation of national soil databases and soil information systems as public goods to be used by policymakers, the private sector and especially farmers can generate long-term benefits, as well as improve short-term flexibility to adapt to trends in fertilizer markets and climate dynamics without compromising output.

The need to support Central America

About one in six people in Guatemala and Honduras suffer from undernourishment, and around half cannot afford a healthy diet, according to FAO’s latest report on The State of Food Insecurity and Nutrition in the World.

Around a third of arable land in Central America is covered by degraded soils, broadly in line with the global average. Agriculture has traditionally been based in the subregion’s mountains, whose slopes are particularly vulnerable to landslides and water erosion. These forces, exacerbated by extreme weather patterns catalyzed by the La Niña phenomenon, whose effects are often further magnified by deforestation and other human factors, remove topsoil rich in organic matter and can trigger soil nutrient imbalances. One result is steady outward migration pressure, from rural areas to cities and from cities abroad. Poverty and vulnerability to livelihood-crushing disasters are particularly intense in Central America’s Dry Corridor, home to 10 million people, making it a prime target for resilience-building initiatives that the soil maps will support.

FAO is creating a regional soil information system (SISLAC) which serves legacy soil data from around Latin America and the Caribbean.

More on FAO’s work on soils

**This week, FAO and its Global Soil Partnership are hosting the Global Symposium on Soils for Nutrition where discussions are ongoing on the fertility of global soils and ways to enhance soil nutrient availability for crops without damaging the environment.

To date, the Global Soil Partnership, has reached more than 500 national experts from 52 countries in Central America and sub-Saharan Africa and supported them in producing high priority data products focusing on major soil threats, potential of soil resources to address the impacts of the climate crisis and tackle food insecurity.

The FAO-UNESCO Soil Map of the World, which was launched in 1961 and which has been serially updated ever since, is a world reference base. Increased efforts, often using geospatial and machine-learning technologies, are leading to greater precision and nutrition-sensitive policy tools, as well as pathways to improve the return on investments from agricultural inputs such as fertilizers.

More on this topic

Who won The Circle season 3? Meet the Netflix star on Instagram