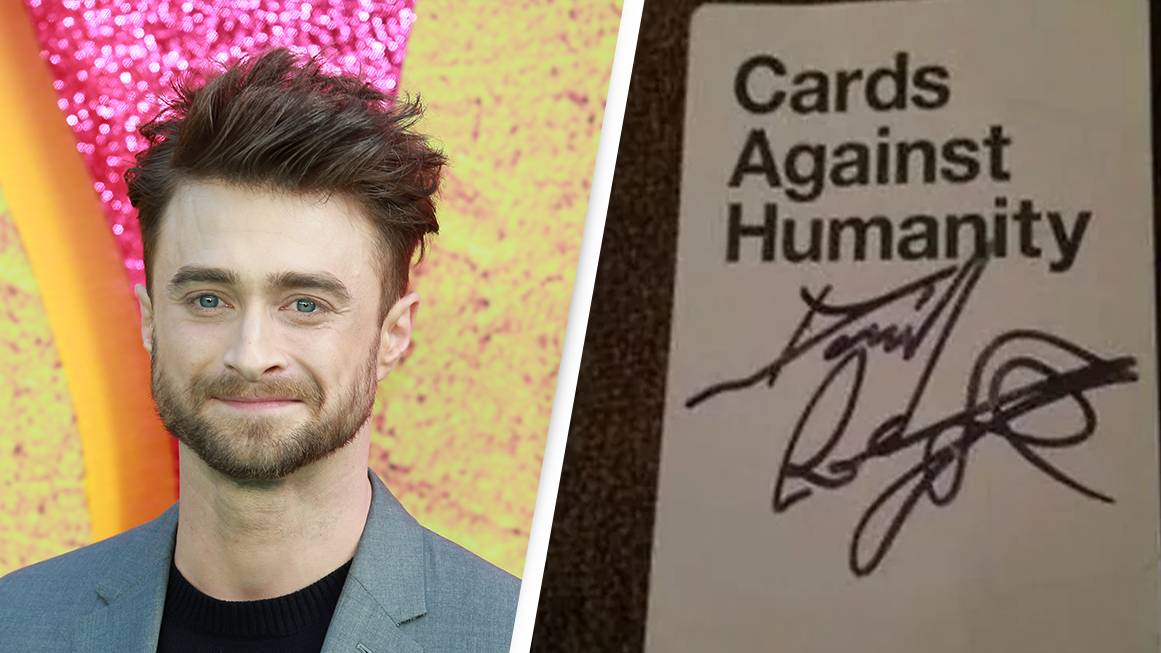 Cards Against Humanity has provided many of us with some much needed laughter over the years.

It’s usually played among groups of friends and family, perhaps over a drink or two and often in the safety and comfort of your own home – far from anyone who might disprove of the NSFW humour or even, God forbid, the people mentioned on the cards themselves.

However, this was not the case for one fan and one famous person – namely, a Reddit user and Harry Potter himself, Daniel Radcliffe – as it seems the actor was well aware of a certain NSFW card against humanity, and had been waiting for the day when a fan would bring one to him.

Taking to Reddit to share the hilarious story, the fan wrote: “After I saw him in The Cripple of Inishmaan, I anxiously waited to meet Daniel Radcliffe at the stage door so I could get this card signed.

“Because I was toward the back of the crowd, I didn’t think Daniel would even notice the card, but I was very wrong. As soon as he caught sight of the card, Daniel started laughing.

“He then took the card and explained how he had wanted to sign one of the cards ever he had found out about it and signed it with my Sharpie.

“Then he THANKED me for bringing it and took my phone and took a selfie with me. Needless to say, I was very happy.”

And it should go without saying, but the card is a classic, NSFW pick from the brains behind Cards Against Humanity. It simply reads: “Daniel Radcliffe’s delicious a**hole.” 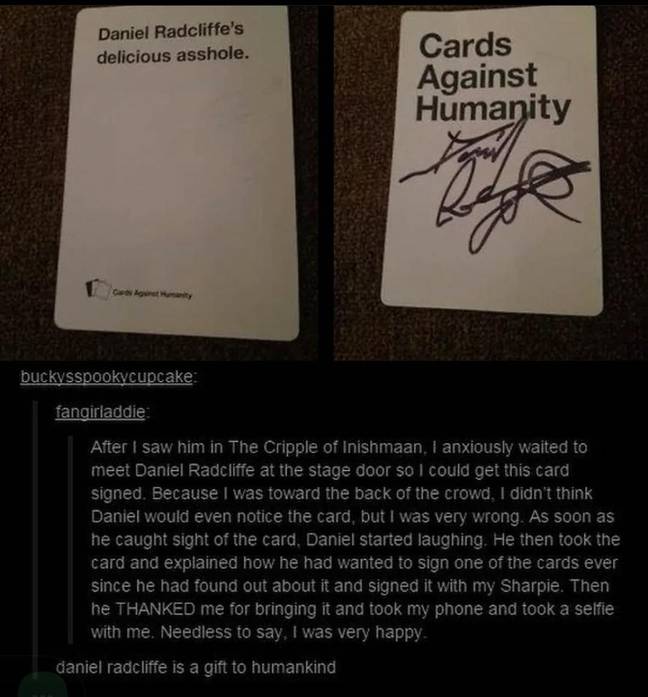 “Daniel Radcliffe is a gift to humankind,” another fan responded.

“Hahaha that’s amazing!! He always seems like such a genuinely down to earth and funny guy when he gives interviews. Like an average bloke who isn’t quite sure how he got famous,” another wrote.

Radcliffe starred in The Cripple of Inishmaan on Broadway in 2014; his role attracted positive reviews, with the New York Times calling his turn ‘entirely convincing’, and Variety saying the Harry Potter star gave ‘a warm, sympathetic performance’.

More recently, we’ve seen him return to the big screen in The Lost City alongside Sandra Bullock and Channing Tatum while, in exciting news for Potterheads, there might even be some fresh Potter content coming our way thanks to Warner Bros.’ merger with Discovery.

Ruben Randall - April 23, 2022 0
Celebrity
The Weasleys are everyone's favourite family. They live in the idilic Burrow and welcome Harry Potter in with open arms. Though they aren't...