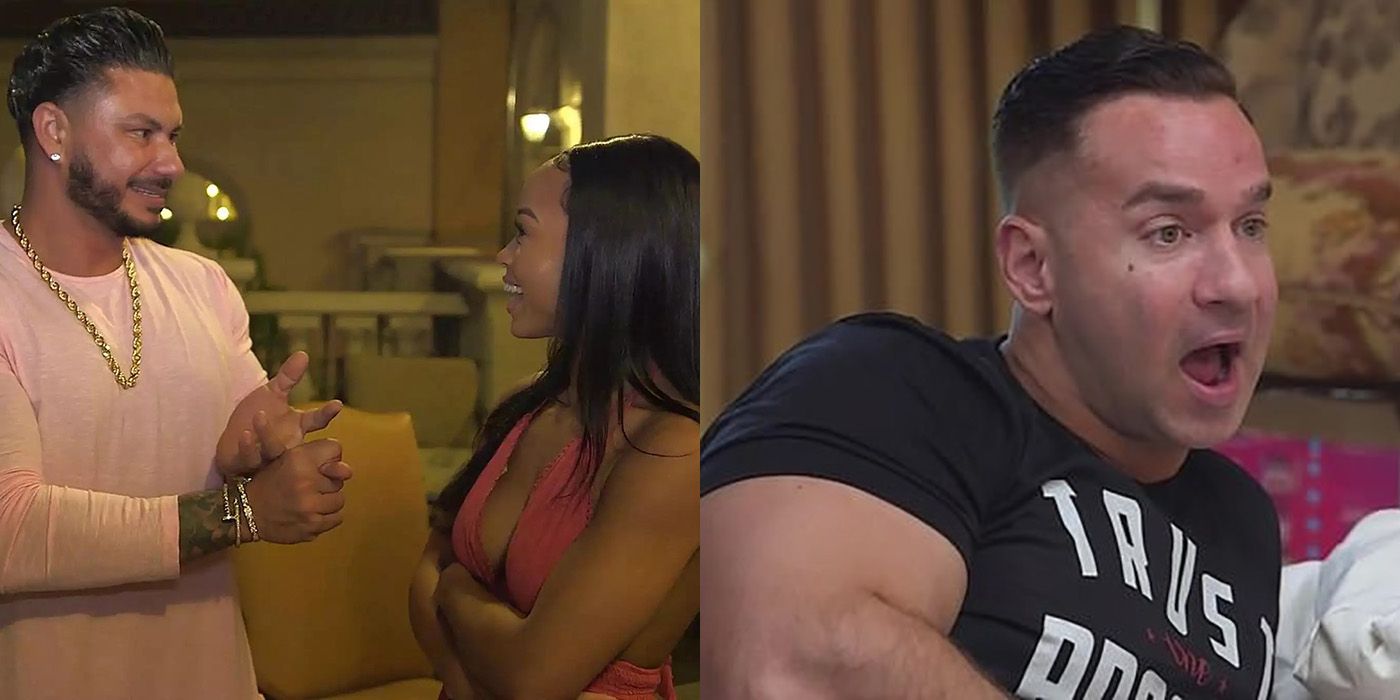 Jersey Shore: Family Vacation brought together most of the original cast of Jersey Shore for new nights of partying, and, of course, plenty of drama. From the speeches at Angelina’s wedding to Mike stirring the pot with her alleged affairs, it has been a bumpy ride. The show is popular among loyal fans who love tuning in every Thursday (affectionately referred to as “Jersday”) to see what antics they will get up to again.

With that said, there are plenty things fans don’t necessarily like about the show and/or cast, along with unpopular opinions some have shared on Reddit that go against the majority.

Ronnie Magro left Jersey Shore: Family Vacation following an arrest for domestic violence and time in rehab. But in the r/jerseyshore Reddit thread, u/fizz08 posts that they believe Ronnie might be returning to the show, citing an article from The U.S. Sun from April 2022 claiming he was filming with the cast. This, however, hasn’t been substantiated and, at the time of this writing, Ronnie has not appeared nor has there been mention of him.

Most fans of the show do not believe Ronnie – whose most iconic scenes on Jersey Shore often involve conflict – should return at all. However, Redditor DaulyP believes having him back would “be great drama. He has the potential to be fantastic television.”

Jersey Shore 2.0 Is A Good Idea

It was announced earlier this year that MTV was working on a Jersey Shore 2.0 spin-off show with a new cast. Interestingly, however, most viewers were not interested in such a venture, nor was the original cast. Many spoke out that they felt the original cast is synonymous with Jersey Shore and another show with the same name and new people would tarnish that.

But a few Redditors are receptive to the idea. “I would give a new show a chance,” says Redditor Queen_Jake while calisto1111 says they were “actually looking forward to a new cast.”

Mike Should Not Break The Fourth Wall

Fans of the show know that Mike – the most likable cast member from Jersey Shore – is constantly breaking the fourth wall. He looks into the camera with an exasperated face or smug smile, a move that was popularized in shows like The Office and Modern Family. Indeed, in a Reddit thread, Redditor Retrome5 claims that “only one person can look at the camera and that’s Jim from The Office. The way Mike looks at the camera is not funny.”

But that Redditor is in the minority, as most people in the same chat completely disagree. Candy_Venom says it makes them and their husband “crack up because 9/10, his facial expression matches ours at whatever s***show is going on at the moment.”

While most fans seem to love the scenes involving Uncle Nino, this doesn’t translate to Reddit. Redditor EDONDADA is on their own in a thread, saying they have been watching Uncle Nino highlights for two days straight. “He cracks me up. Reminds me of my uncles and their friends.”

But most others in the thread don’t really like the scenes with Uncle Nino. Redditor H3rta says he is “too much” and likely “doesn’t let up on his BS regardless of the cameras.” BookReader1328 even goes so far as to say they wish producers would “take him off the show because he doesn’t deserve any fame or money.”

Most Redditors are annoyed with Vinny and his womanizing, arrogant ways. But Redditor idfwewe admits they know they are in the minority when they want to give Vinny the benefit of the doubt. “I see a guy with serious anxiety issues that sometimes unify with depressive behaviors navigating his own boundaries, and masking that from others with what feels to me like very fabricated self-esteem.”

Despite their wise words and assessment, others are not happy with Vinny’s behavior. A deleted user asks the question if others feel Vinny has “matured in reverse” while AreaDiscombobulated4 says that “ever since Keto and Chippendale’s…so full of himself.” The cast joking about Vinny’s Chippendale’s stint, in fact, is one of the funniest running gags on Jersey Shore.

Jenni Can Do No Wrong

Most Redditors think Jenni is annoying on the show and can’t take drama about herself when she’s happy to dish it out to others. But kroge15 goes against the grain by saying “I unapologetically love Jenni. She and Snooki forever my faves.” Most others, however, vehemently disagree.

u/chrisbliss13 says “I feel like she likes to be in everyone’s business but doesn’t want anyone in hers.” Jenni has certainly made a habit of getting involved with whatever is happening with the other roommates, but at the very least she digs up some interesting dirt for the cameras.

Pauly D And Nikki Shouldn’t Have Their Own Show

Plenty of fans have been calling for a spin-off show featuring Pauly D and Nikki who could rank among the best duos from Jersey Shore. Redditor CynCity1207 says they would unabashedly love a spinoff “because I just love them and the more of them on my screen would be great.” Popcornpickle87 adds that, even if it isn’t through a spinoff, “their dynamic is great and I want to see more of them just being together.”

While most people believe the pair likely don’t want to do it and agree having their own show probably wouldn’t be good for their relationship, a small few don’t think it’s a good idea at all. Redditor girly918 says “they’re likable but I don’t think they could hold a show on their own.”

Over her time on the show over the last few seasons, Lauren seems to have changed. While she was quieter and seemingly sweeter in the beginning, she has rubbed viewers the wrong way in a few moments over the last few seasons. Some incidences that viewers cite include her being rude to a waiter in one episode and lashing out at Deena in another. OliveYupHope is still on her side, however, noting “I still like her!”

But the vast majority of Redditors are not fans. For instance, gerkonnerknocken believes Lauren was somber in the early seasons because of the miscarriage and going through Mike’s case and incarceration. But after, “now she’s coming out of her shell, for better or worse.”

NEXT: The 10 Funniest Reality TV Shows Of All Time