Joe Rogan is the host of one of the most popular podcasts in the world, with an estimated 11 million listeners per episode.

Rogan has been active as a comedian for more than 30 years. Yet for many people, the first they may have heard of Joe Rogan was just a few weeks ago, when musician Neil Young evoked his name in a boycott of the music streaming service Spotify.

So, who is Joe Rogan, why is he so controversial, and what have he or his guests said that doesn’t stack up? RMIT ABC Fact Check dives in.

I already know all about Joe Rogan: take me to the fact checking.

Who is Joe Rogan, and what is the Joe Rogan Experience? 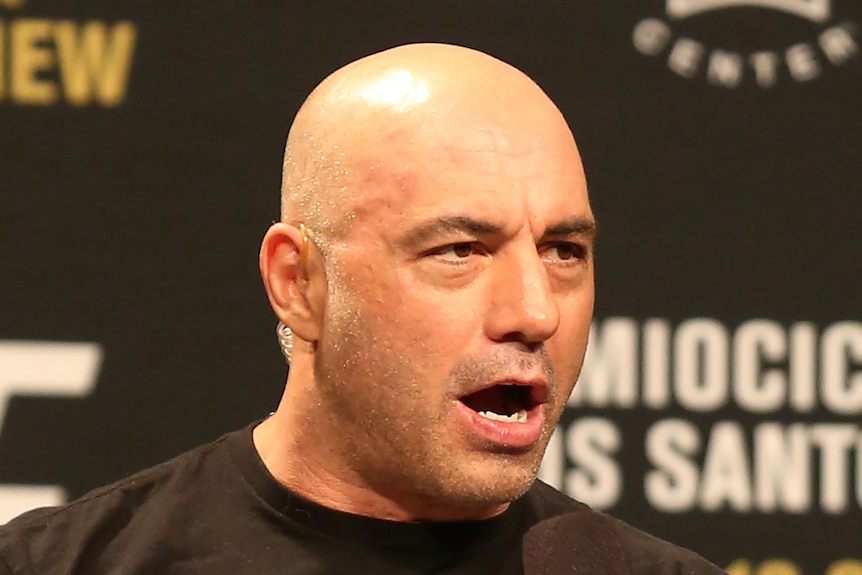 Among many other different occupations, Joe Rogan was once an Ultimate Fighting Championship commentator.(AP: Gregory Payan)

Rogan is an American podcaster, commentator, comedian, actor and television presenter, who has been performing stand up since the late 1980s and launched his podcast, the Joe Rogan Experience, in 2009.

The nearly 1,800 episodes of the show are structured as long-form conversations featuring a wide array of guests (from pop-star Miley Cyrus and Democratic senator Bernie Sanders, to far-right conspiracy theorist Alex Jones and boxer Mike Tyson), and run for anywhere from one to five hours.

In May 2020, audio streaming service Spotify secured an exclusive partnership with Rogan in a deal reportedly worth over $100 million.

The Joe Rogan Experience has continued to grow in popularity since the deal, with the show named the most popular podcast on Spotify in 2021 and business magazine Forbes estimating that each episode reaches around 11 million listeners.

Rogan is no stranger to public scrutiny, having made headlines for racist and transphobic comments, controversial stand up routines and for providing a platform to figures such as Gavin McInnes, the founder of the neo-fascist group known as the Proud Boys (which has been named a terror organisation in Canada) and far-right political commentator Milo Yiannopoulos.

The most recent controversy, however, began as a response to the podcaster’s coverage of the COVID-19 pandemic and his role in spreading misinformation about the disease and vaccines.

While at the beginning of the pandemic Rogan advocated for COVID-19 vaccines (openly lamenting anti-vaccination sentiment in an interview with epidemiologist Michael Osterholm) he has since drawn ire by suggesting that healthy young people should not receive a COVID-19 vaccination, discussing his own use of the unproven treatment ivermectin and linking the introduction of vaccine passports to a dictatorship.

Rogan has faced significant backlash after episodes published in late 2021 featured interviews with prominent vaccine sceptics Peter McCullough, a cardiologist, and Robert Malone, who claims to have invented mRNA vaccine technology (though the reality is far more complicated, according to The Atlantic).

One fortnight after Dr Malone’s episode was released, an open letter calling on Spotify to intervene to mitigate the spread of misinformation on its platform was signed by 270 US doctors, scientists and medical professionals.

Musicians such as Neil Young and Joni Mitchell asked Spotify to remove their music from the platform following the letter.

So, what kind of misinformation are Rogan and his guests promoting about vaccines and COVID-19? Here are some of the most egregious claims.

Read our full coverage of the coronavirus pandemic 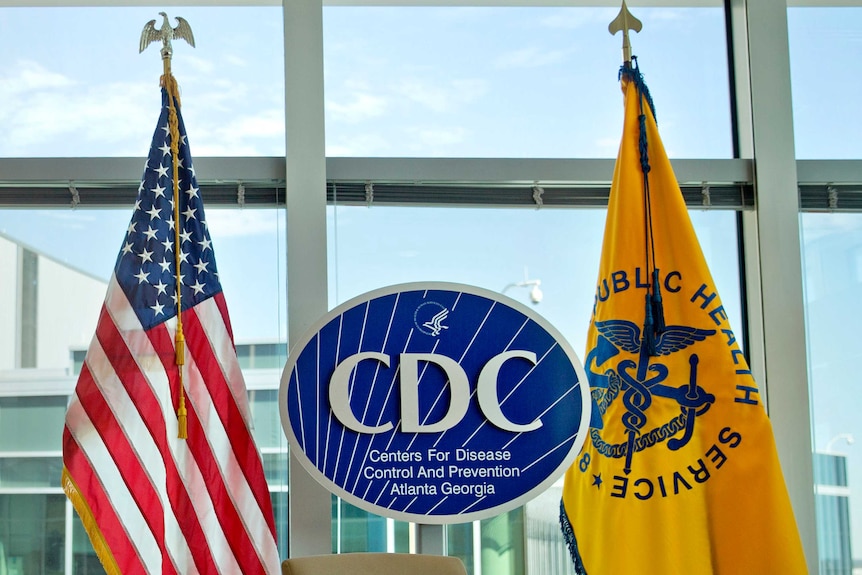 No, the director of the US Centers for Disease Control did not say you can only catch COVID-19 once. (AP: David Goldman, file)

This claim was swiftly debunked by fact checkers at Reuters after cardiologist Peter McCullough’s appearance on the show in December 2021.

Dr McCullough went so far as to claim that “the [US Centers for Disease Control and Prevention] director came out and said ‘you know what you can’t get it twice””.

However, as Reuters reported, Dr McCullough appeared to be referring to a CDC Freedom of Information request, which was confirmed by a spokesperson for the CDC to not relate solely to COVID-19 reinfections.

“COVID-19 reinfection cases remain rare but have been reported, according to the CDC,” Reuters said.

Additionally, the CDC spokesperson pointed to multiple studies into the possibility of reinfections, which found that unvaccinated individuals are twice as likely to be reinfected as those who have been vaccinated.

There have been documented cases of reinfection not only in the US but globally, particularly as new variants emerge.

In Australia, The Department of Health has encouraged those previously infected to get vaccinated as the extent of their immune response to the Omicron variant is still unknown.

Claim: The pandemic was pre-planned in order to promote mass vaccination 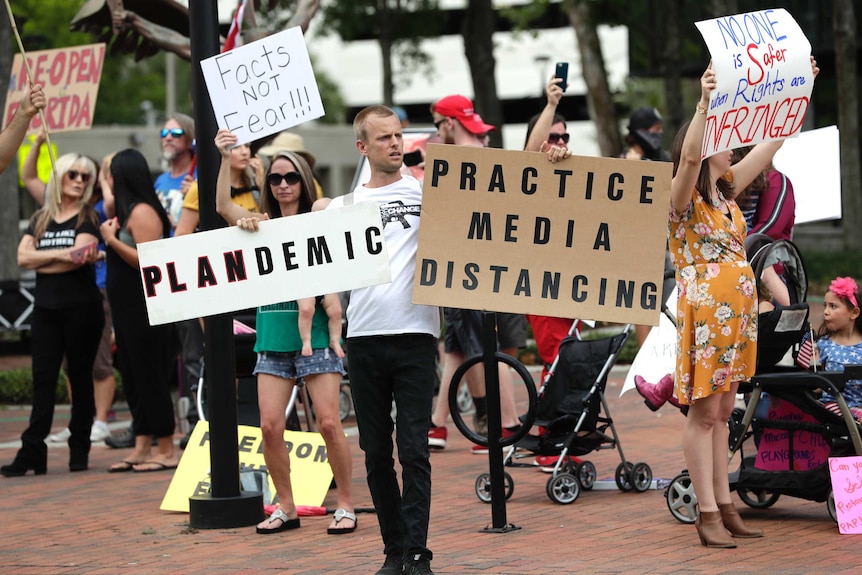 Previous pandemic preparedness scenarios are not proof that the pandemic was planned.(AP: John Raoux)

See also  If Deshaun Watson is suspended for the full year, who'll play quarterback for the Browns?

During his appearance on the podcast, Dr McCullough also claimed that the pandemic had been planned many years ago and discussed in detail at a symposium at Johns Hopkins University in 2017 in order to promote vaccination.

The doctor stated that “early on there was an intentional, very comprehensive, suppression of early treatment in order to promote fear, suffering, isolation, hospitalisation and death”.

“It seemed to be completely organised and intentional in order to create acceptance for and then promote mass vaccination.”

Dr McCullough suggested the plan was described in detail and “laid out in the Johns Hopkins SPARS pandemic training seminar.

“The only thing they got wrong was the year, they said it was gonna be 2025, instead it landed a few years early.”

Again, this claim was investigated by Reuters shortly after the episode was published and no evidence was found to suggest the pandemic had been deliberately orchestrated.

The Johns Hopkins SPARS scenario McCullough refers to is an exercise in pandemic preparedness, a hypothetical scenario presented to public health researchers in order to better equip them for future disasters.

“Pandemic preparedness scenarios and symposiums are not proof that the COVID-19 pandemic was planned, nor are they a new occurrence,” the fact checkers concluded.

“Scenarios are commonly used across various sectors, from geologists to firefighters, to be best prepared for the worst.” mRNA vaccines such as those produced by Pfizer and Moderna are unable to alter DNA.(Shutterstock: Marc Bruxelle)

Rogan himself made this claim in an episode of the Joe Rogan Experience featuring journalist Megan Murphy published in August 2021.

Discussing vaccine mandates, Rogan claimed that the COVID vaccines were “not really a vaccine in the traditional sense”.

He went on to describe them as a “gene therapy” that was “tricking your body into producing spike protein and making these antibodies for COVID”.

Rogan said he wasn’t suggesting people avoid the vaccine but that they were being misled about what it was, saying “you’re calling it a thing that it’s not, it’s not exactly what you’re saying it is and you’re mandating people take it”.

As fact checkers at PolitiFact pointed out at the time, gene therapy involves altering genes in order to cure or treat disease.

“The Pfizer and Moderna vaccines use mRNA technology to instruct cells to recognise a spike protein on the coronavirus and mount a response against it,” the fact checkers explained.

“The mRNA strands never enter the part of the cell that hosts DNA, and they are quickly broken down.

“The COVID-19 vaccines do not alter your DNA.”

Rogan has voiced his support for the drug ivermectin as a COVID-19 treatment and preventative measure throughout the pandemic, despite both the CDC and FDA issuing warnings against its use.

In a June 2021 episode, Rogan discussed the drug in depth with his guests ICU and lung specialist Pierre Kory and evolutionary biologist Bret Weinstein.

Dr Weinstein claimed that results from a recent study suggested that “ivermectin alone, if properly utilised, is capable of driving this pathogen to extinction”.

The study being discussed was reviewed by PolitiFact and found to be conducted by researchers with significant ties to the BIRD (British Ivermectin Recommendation Development) group, despite there being no acknowledgement of a conflict of interest.

Experts contacted by PolitiFact said the trials on which the study was based were not high quality.

The study also referenced Dr Kory’s own paper, which was removed from Frontiers Media prior to publication for making “a series of strong, unsupported claims based on studies with insufficient statistical significance”.

Fact Check has written in detail about the lack of evidence surrounding ivermectin as a preventative measure and treatment option.

Experts told Fact Check ivermectin has shown signs of controlling the replication of the SARS-CoV-2 virus in a test tube, but results of trials in humans are yet to show high-quality evidence for effectiveness.

What you need to know about coronavirus:

Ruben Randall - March 16, 2022 0
Money
Maxey would be an intriguing acquisition for the Wizards. He may not be as good as Beal right now, but he has shown huge...