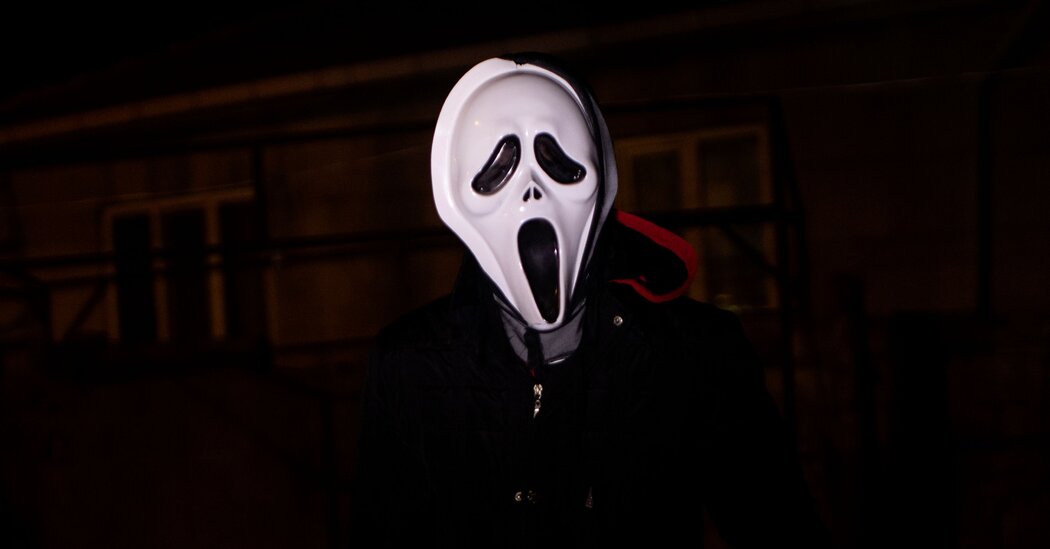 Four former day care center employees in Mississippi have been charged with felony child abuse in connection with videos that showed an employee in a Halloween mask scaring young children, the authorities said. The mask was similar to that of the serial-killer character in the “Scream” movies.

Another former employee was arrested on two misdemeanor charges.

Sierra McCandless, Oci-Anna Kilburn, Jennifer Newman and Misty Shyenne Mills were each charged with three counts of felony child abuse on Wednesday, according to the Monroe County Sheriff’s Office.

Traci Hutson was charged with failure to report abuse by a mandatory reporter and simple assault, which are misdemeanors.

It was not clear on Thursday if they had lawyers.

Three videos, shared on social media on Oct. 5, show the children being frightened while they cry, scream, shake or try to run away inside the Lil’ Blessings Child Care and Learning Center in Hamilton, Miss., which is about 170 miles northeast of Jackson, the state capital.

In one of the videos, a female employee donned the skeletal mask, similar to that of the serial-killer character “Ghostface” in the “Scream” horror movies, as she walked around the center and confronted several preschool-age children. Another employee said the children had been were behaving badly. The masked employee startled the children who were inches away from her face, with some looking in terror, crying or screaming.

One girl shook, holding a fork to her mouth. Another frightened girl covered her ears with her hands. And a boy ran away.

Several people who viewed the video said online that they were disturbed by what they saw.

“I can’t believe they torture babies this way,’’ wrote one user on Facebook. “This is disgusting.”

Sheriff Kevin Crook of Monroe County said he was disturbed by the videos.

“As a dad and as someone who has great compassion for those who can’t defend themselves, I admit it was very hard to watch these videos,” he said in a Facebook post earlier this month, when his department began an investigation.

“It made me sick at my stomach to think of the terror those kids were enduring,” he wrote. “It still does.”

Sheila Sanders, the owner of the day care center, could not be reached on Thursday. She told The Monroe Journal that she was not aware of the videos at the time they were filmed. She said one was filmed in September and another earlier this month.

“No one came forth to tell me it happened in September,” Ms. Sanders told the paper.

She added that she does not condone the behavior shown by her former employees.

“The people that did those acts are no longer with us,” she said. “They were fired. I wasn’t here at the time and wasn’t aware they were doing that. I don’t condone that and never have. I just want to say it’s been taken care of.”

On Thursday, the four employees facing felony charges appeared in court, Sheriff Crook said. Bonds were set at $20,000 for Ms. McCandless and Ms. Kilburn and at $15,000 for Ms. Newman and Ms. Mills.