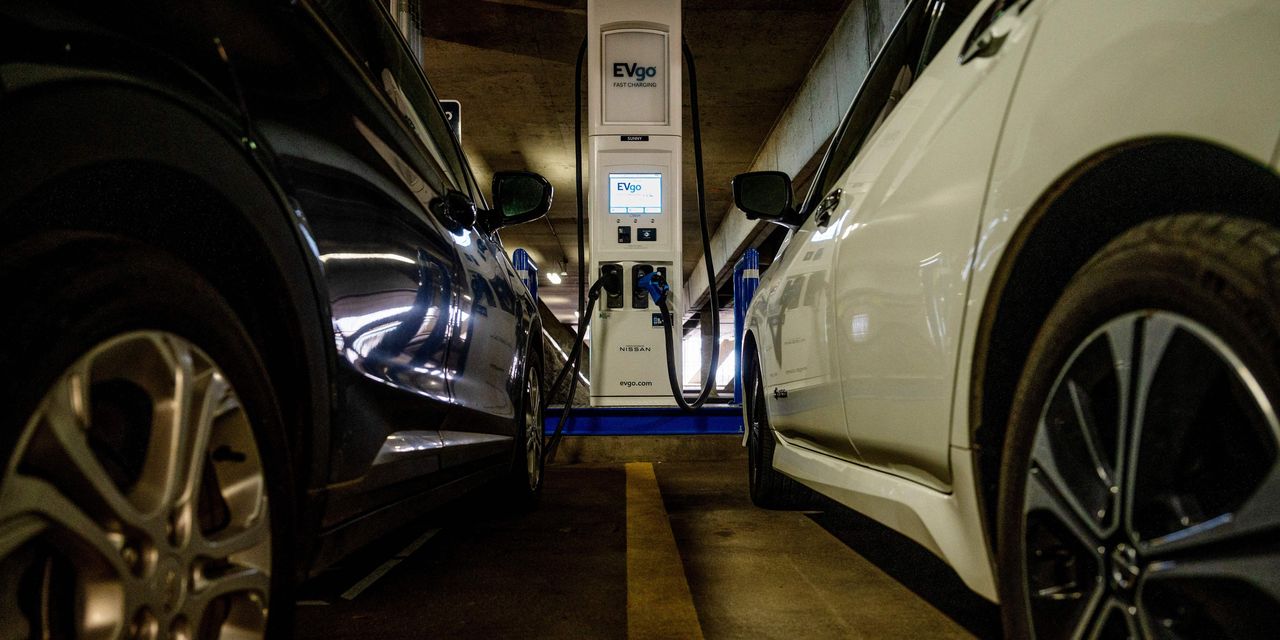 were initiated with a Hold rating at Needham, with analysts saying the electric-vehicle charging company could become a “formidable player” in the space.

“These factors, combined with the company’s disciplined expansion strategy, provide EVgo with industry-leading asset utilization and strong operating leverage,” the analysts wrote in a note Tuesday.

“We believe the company’s strategy, astute management team, strong liquidity position and solid fundamentals will make it a formidable player in the space. “

Needham, however, said Wall Street expectations on the stock were too aggressive and it would “remain on the sidelines until we see convergence between our estimates and consensus and/or a better entry point.” Needham didn’t issue a price target on EVgo shares.

Analysts surveyed by FactSet rate the stock at Overweight with an average price target of $18.38.

Earlier this month, EVgo was initiated by J.P. Morgan at Overweight and with a $20 price target, with the analysts seeing the company “driving outsized revenue growth on rapidly increasing fleet adoption and higher utilization.”

Ruben Randall - March 30, 2022 0
Money
Both the House and Senate will be in session this week. President Biden will send his fiscal year 2023 budget proposal to Congress on Monday,...