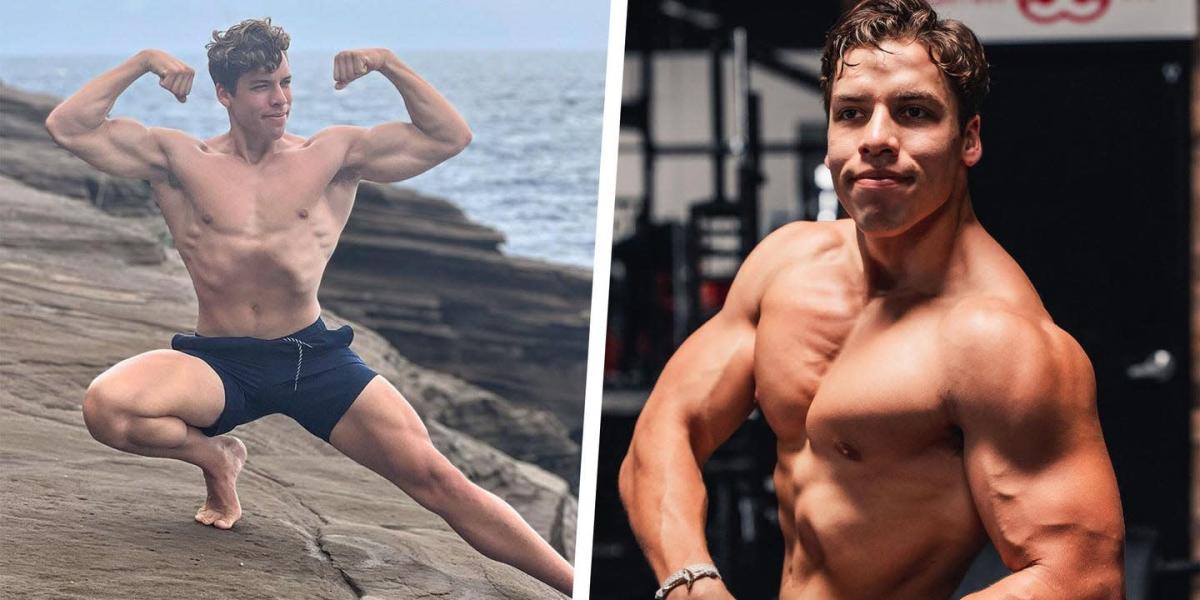 For actor Joseph Baena—son of Arnold Schwarzenegger—eating healthy is pretty simple, even when he’s off filming and away from home. “It’s still on me to be disciplined and say no to the sweets, say not to the pastries, say no to the fatty foods I’m obsessed with,” he says.

As Men’s Health’s cover star, Baena broke down everything he eats in a day, and shared tips for anyone else looking to improve their diet.

First he revealed his breakfast, which consists of an omelet made of four eggs with mushrooms and spinach. On the side, he also has two slices of avocado toast, which he says he’s “obsessed with.”

Lunch, Baena says, is usually lighter for him. He often eats a salad with protein like chicken or turkey. On the way home after a work day, he’ll have a protein shake. Baena says his dad taught him not to use too much milk in his shakes. Instead, he uses orange juice.

For dinner, he loves Mediterranean food, plus chicken and turkey. But lately, he’s been eating more plant-based meat substitutes. “They’re light, I can digest them really easy before going to bed, so I don’t have nightmares when I fall asleep,” he says. “It’s something that tends to happen when I eat too much steak, actually.”

On cheat days, Baena has everything he shouldn’t, meaning pastries and pies, which his mother loves to make. “It’s really frustrating for me because I always want to eat it. Unfortunately, I can’t,” he says.

Still, he sneaks a piece every once in a while, he admits. Besides sweets, Baena also loves shawarma. “When I eat this, I just feel amazing.”

Overall, Baena’s parting words of wisdom for anyone looking for healthy eating advice is to “keep it simple, keep it healthy, and keep it fresh.”

Daniel Radcliffe doesn’t want to star in ‘Harry Potter and the...