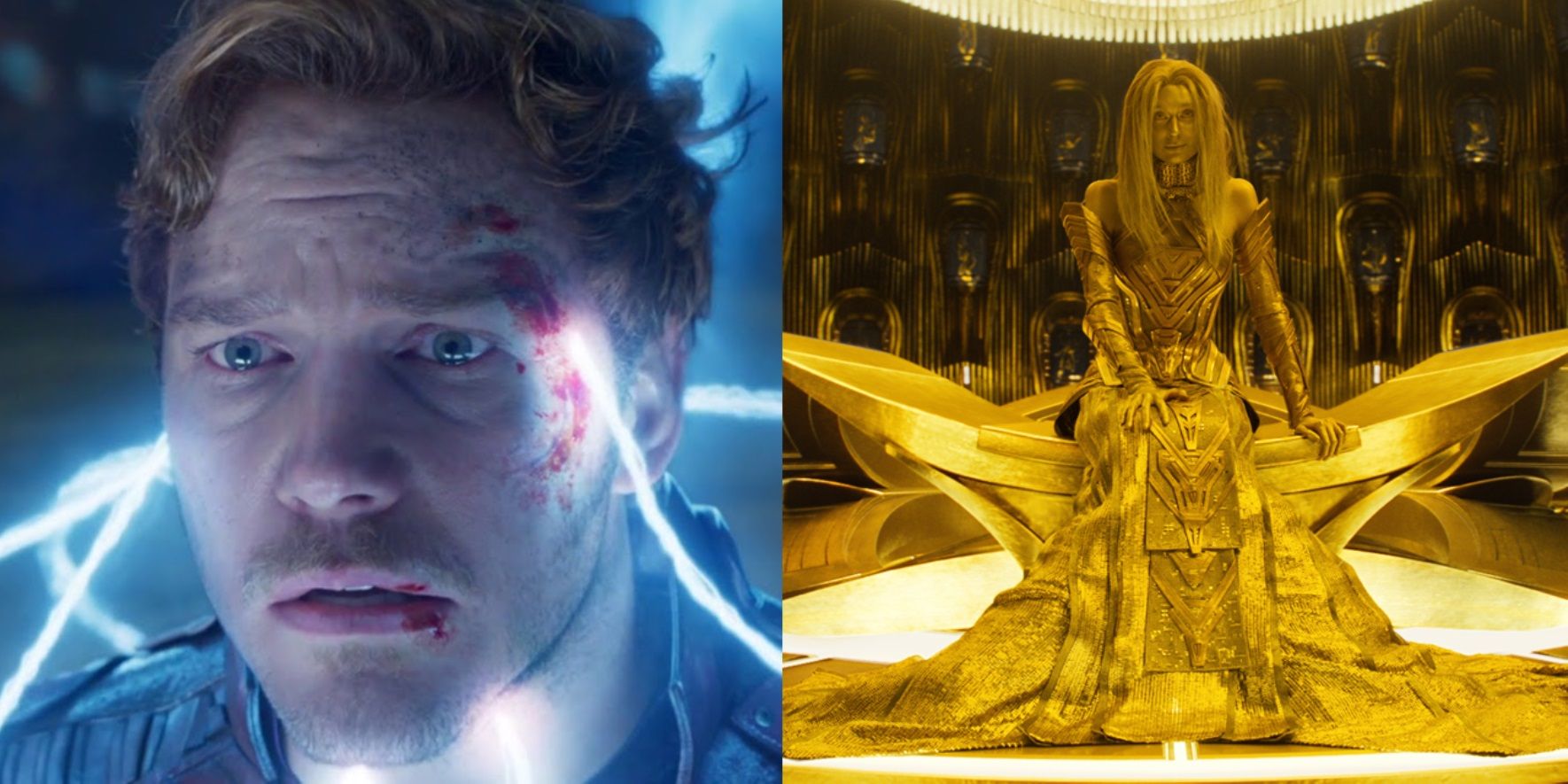 When James Gunn made Guardians of the Galaxy Vol. 2, he included a few key setups for storylines and character arcs in the still-upcoming Vol. 3.

With the upcoming Guardians of the Galaxy Vol. 3, James Gunn will become the second Marvel filmmaker to see through an entire MCU trilogy from start to finish. Just as Jon Watts followed Peter Parker’s journey from Spider-Man: Homecoming to No Way Home, Gunn has stuck with the Guardians through thick and thin from the moment they first assembled to what promises to be a bittersweet send-off.

No plot details have been revealed about Vol. 3, but Gunn included a few key hints in Guardians of the Galaxy Vol. 2 for where the threequel could go. In addition to the setups that came later in Avengers: Endgame – namely Quill’s search for 2014 Gamora – Vol. 2 has already set up a bunch of exciting storylines for the third Guardians adventure.

The Guardians of the Galaxy assembled as a team of five in the first movie – consisting of Star-Lord, Gamora, Drax, Rocket, and Groot – but by the end of Vol. 2, they’d been joined by three new members: Mantis, who betrayed Ego to help them; Nebula, who reconciled with her estranged sister; and Kraglin, who left the Ravagers and inherited Yondu’s magical fin.

In the interim, across Infinity War and Endgame, half of the Guardians have turned to dust and been resurrected, Rocket and Nebula have become official members of the Avengers, and Gamora has died and a time-traveling variant of herself has disappeared. So, going into Vol. 3, the titular spacefaring band of mercenaries has a very different line-up.

As Quill is about to defeat him in the final battle, Ego tells him that if he destroys the source of his Celestial powers, he’ll lose them. Ego says, “If you kill me, you’ll be just like everybody else,” and Quill poignantly replies, “What’s so wrong with that?” Quill is still the plucky intergalactic outlaw that fans know and love, but he’s no longer the half-Celestial who withstood the raw power of an Infinity Stone. Just as he was starting to harness his abilities, he lost them.

Some Marvel fans felt it was a bit of a stretch to reveal that Quill had dormant superpowers all this time, and that it weakened his characterization from the first movie as the quintessential underdog. What made Quill so appealing and refreshing in the first movie was that he was just a regular guy without superpowers or a 10-figure net worth. Going into Vol. 3 without his powers, Quill is back in familiar underdog mode.

Ego was the primary villain in Guardians of the Galaxy Vol. 2, but the Sovereign posed a very real threat to the Guardians throughout the movie. The arrival of the Sovereign’s fleet gives the Guardians yet another obstacle to overcome as they attempt to blow up Ego’s planet in the final battle. With a third defeat by the Guardians in a row (after they stole some batteries and outran her remotely piloted fleet), Ayesha is determined to destroy them.

In one of the many credits scenes at the end of Vol. 2, Ayesha unveils an artificial being she’s created with the sole purpose of wiping out the Guardians. She names it “Adam,” teasing the introduction of fan-favorite Marvel icon Adam Warlock. Warlock is confirmed to appear in Guardians of the Galaxy Vol. 3, with Will Poulter playing the role.

The soundtracks of the Guardians of the Galaxy movies are unique, because the music is diegetic. Quill plays licensed hits like “Come and Get Your Love” and “Moonage Daydream” on his Walkman to score his own adventures. In Vol. 2, Ego destroyed his Walkman and Kraglin replaced it with a Zune he found on Earth. In Vol. 3, Gunn is no longer beholden to the tracks on Quill’s mother’s “Awesome Mix” tapes. The previous Guardians soundtracks were defined by funk, rock, and soul hits from the late ‘60s and early ‘70s. The threequel could bring in music from other eras and genres in the vast library of a relatively modern MP3 player.

On the soundtracks of his DCEU projects The Suicide Squad and Peacemaker, Gunn has included songs by Louis Prima, Mötley Crüe, and Johnny Cash. Like these soundtracks, the Vol. 3 soundtrack can explore music by a wide variety of artists from before and after the funk/soul heyday that the first two “Awesome Mix” playlists focused on.

1 The Original Guardians Of The Galaxy

In addition to shaking up the line-up of the current Guardians, Guardians of the Galaxy Vol. 2 introduced a former incarnation of the eponymous group. The sequel introduced the original Guardians as long-time rivals of Yondu and the Ravagers. The casting of A-list talent – Sylvester Stallone as Stakar Ogord, Michelle Yeoh as Aleta Ogord, Ving Rhames as Charlie-27, Michael Rosenbaum as Martinex, and Miley Cyrus as the voice of Mainframe – suggests that this team is being primed for a larger role in the MCU’s future.

NEXT: 10 Times The Guardians Of The Galaxy Proved They’re The MCU’s Best Characters


Ben Sherlock is a writer, comedian, independent filmmaker, and Burt Reynolds enthusiast. He writes lists for Screen Rant and features and reviews for Game Rant. He’s currently in pre-production on his first feature (and has been for a while, because filmmaking is expensive). You can catch him performing standup at odd pubs around the UK that will give him stage time. Previously, he wrote for Taste of Cinema, Comic Book Resources, and BabbleTop.

Soon after 9/11 came another deadly attack on the US – Daniel Dae Kim...

Arnold Schwarzenegger ‘looks like a child’ in picture between Wilt Chamberlain...

Ruben Randall - August 22, 2022 0
Actor
A photo of Arnold Schwarzenegger shows the strapping bodybuilder looking more like an ‘eight-year-old child’ as he poses next to Wilt Chamberlain and...