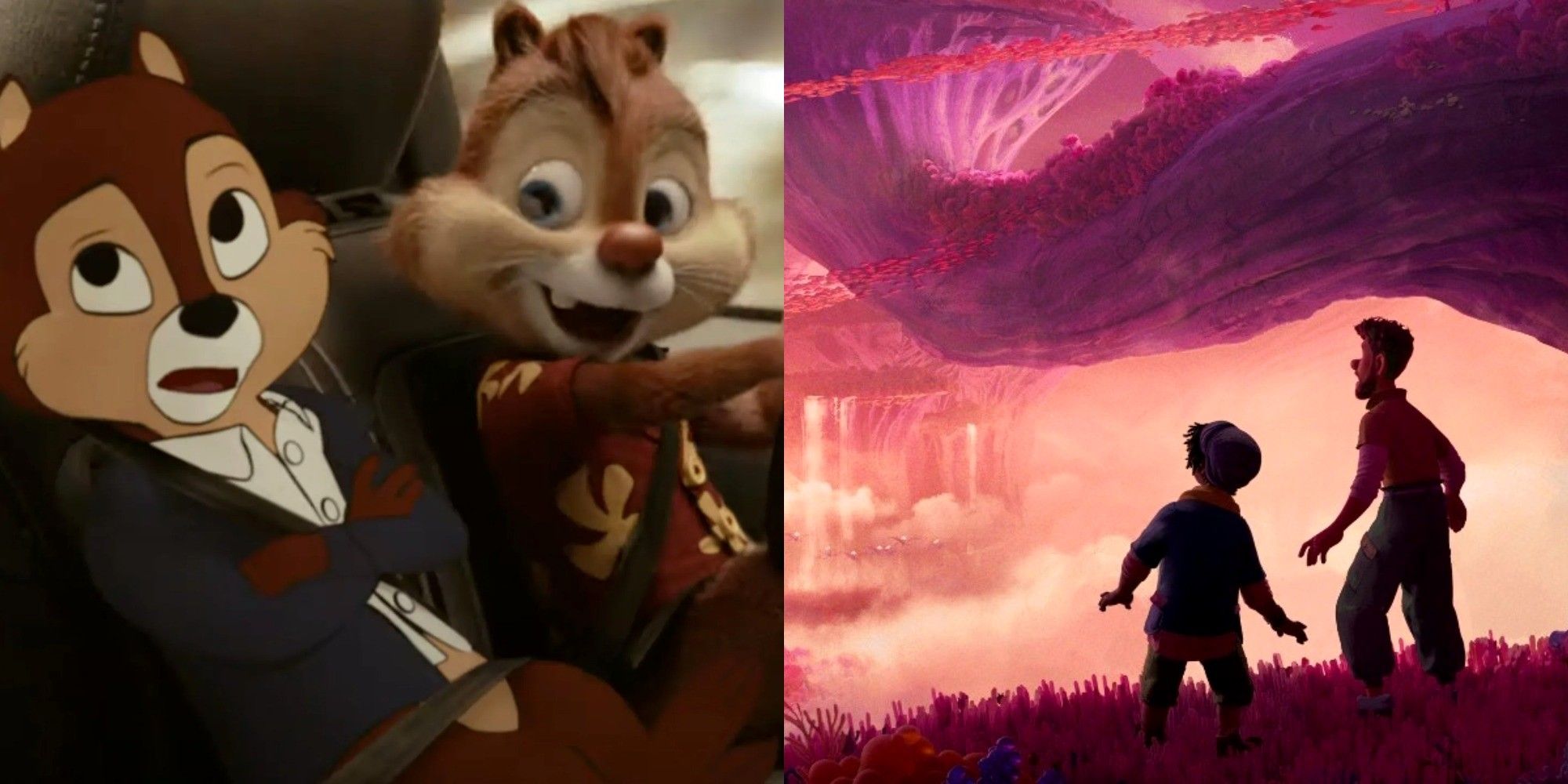 Since launching in 2019, Disney+ has been the home of fan-favorite animated films from the past. As of late, it has also been the launchpad of plenty more incredible titles, placing it among the must-have streaming services.

The 2022 slate is looking to be no exception, with the service set to release multiple original titles. Among these are several animated films that are due to shine on our screens in the upcoming year, with many intriguing sequels and brand-new stories on their way.

Turning Red is Pixar’s latest venture, centering around 13-year-old Mei, who discovers that her deep emotions are beginning to manifest as a giant red panda.

The film was released exclusively on Disney+ on March 11th to positive reviews surrounding the story’s subject and the beautifully goofy animation style, allowing the characters to be portrayed as free and child-like as they explore their coming-of-age. It is a fun, family-friendly outing that may elicit some cringe from the uncomfortably relatable content (particularly among millennials) and maybe even a few tears. 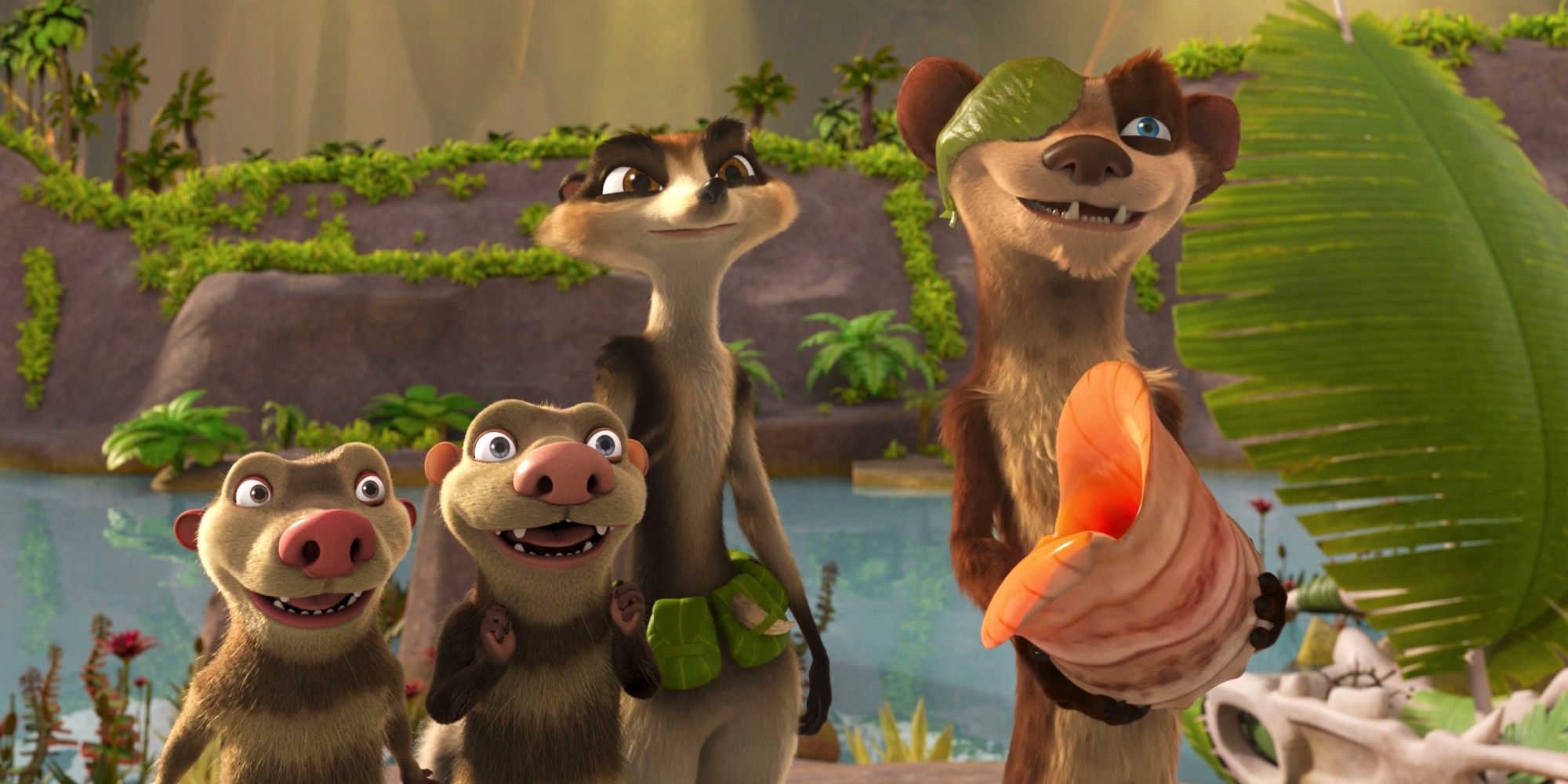 The latest installment of the Ice Age series was released on Disney+ in January, this being the sixth film since the series’ 2002 beginning.

Adventures of Buck Wild is the first movie not to feature the voices of the two prominent cast members, John Leguizamo and Ray Romano. As a result, the story’s focus shifts to Buck Wild (Simon Pegg) and the two possum brothers, Crash and Eddie, who set out to have an adventure together to get out of their older sister’s mammoth shadow (literally). In addition, the Ice Age saga is set to continue on Disney+ later this year, with a series of shorts entitled Scrat’s Tales due for release in April.

Chip and Dale are BACK! Having appeared in scarce media over the decades since the original series’ end, except for DuckTales and the recent Chip ‘n’ Dale: Park Life, the Rescue Rangers are returning. This round, they’ll be showing up in an original movie with a meta-style twist.

John Mulaney and Andy Samberg will be voicing Chip and Dale, respectively. From the first teaser, the two are being thrown into the world of Hollywood after a co-star from their previous show (the one we know) goes missing, and the two heroes are the only ones who can save the day. There appear to be live-action elements and CGI and classic animation mixed in, making for an exciting premise for the Rangers to return.

Not a lot is yet known about the upcoming original film Strange World, with a trailer yet to be released after announcing the title and release date. We know that it revolves around a family of legendary adventurers named the Clades, whose differences and disagreements threaten their latest mission.

It is directed by Don Hall, who previously worked with Disney on Big Hero 6 and Raya and the Last Dragon, and a voice cast is yet to be announced. With Hall’s Disney history and the whimsical setting seen in the concept art, this movie will be a good time.

Rodrick Rules is the second movie in the animated series and the second adaptation of the book of the same name. The film follows Greg, the titular wimpy kid, as he tries to enjoy a new school year despite the constant teasing and bullying he receives from his older brother Rodrick.

While produced by 20th Century Studios, the film will debut on Disney+ sometime toward the end of 2022, though the exact date is yet to be confirmed.

The Night at the Museum series started way back in 2006 and is still popular with a new sequel currently in production, with director Shawn Levy returning. Unlike the rest of the series, this film is set to be animated and will premiere on Disney+ toward the end of 2022.

RELATED: 10 Children’s Book Adaptations to Rewatch With The Kids

It follows Nick, the now grown-up son of Larry (Ben Stiller), the protagonist of the first three movies, who himself becomes a night attendant at a museum. Not much is known about the film beyond this, with no voice cast confirmed and no trailer released, but fans of the original trilogy are already excited to see what this new entry will add.

Okay, technically speaking, this one is only partial animation, like its predecessor Enchanted from way back in 2007 – but that doesn’t make it any less exciting. With the entire main cast returning from the original film, Disenchanted takes place ten years later, with Giselle (Amy Adams) happily married to Robert (Patrick Dempsey).

However, it seems that the story might see the happy couple becoming, well, disenchanted with their ordinary, non-Disney lives. No matter how this story unfolds, fans are already ecstatic at the mere concept finally coming to fruition after many years of rumors that a sequel might be made.

NEXT: The Best Animated Movies on Disney+ Right Now


Rebecca is a freelance writer from NSW, Australia. She is a film and television list writer for Collider. Rebecca also has an interest in music, and hopes to one day begin the Church of Michael Giacchino.

Ruben Randall - December 11, 2021 0
Money
The NFL's trade deadline looms on November 2. Teams are already making moves to improve their rosters. This practice has transpired for decades, with...