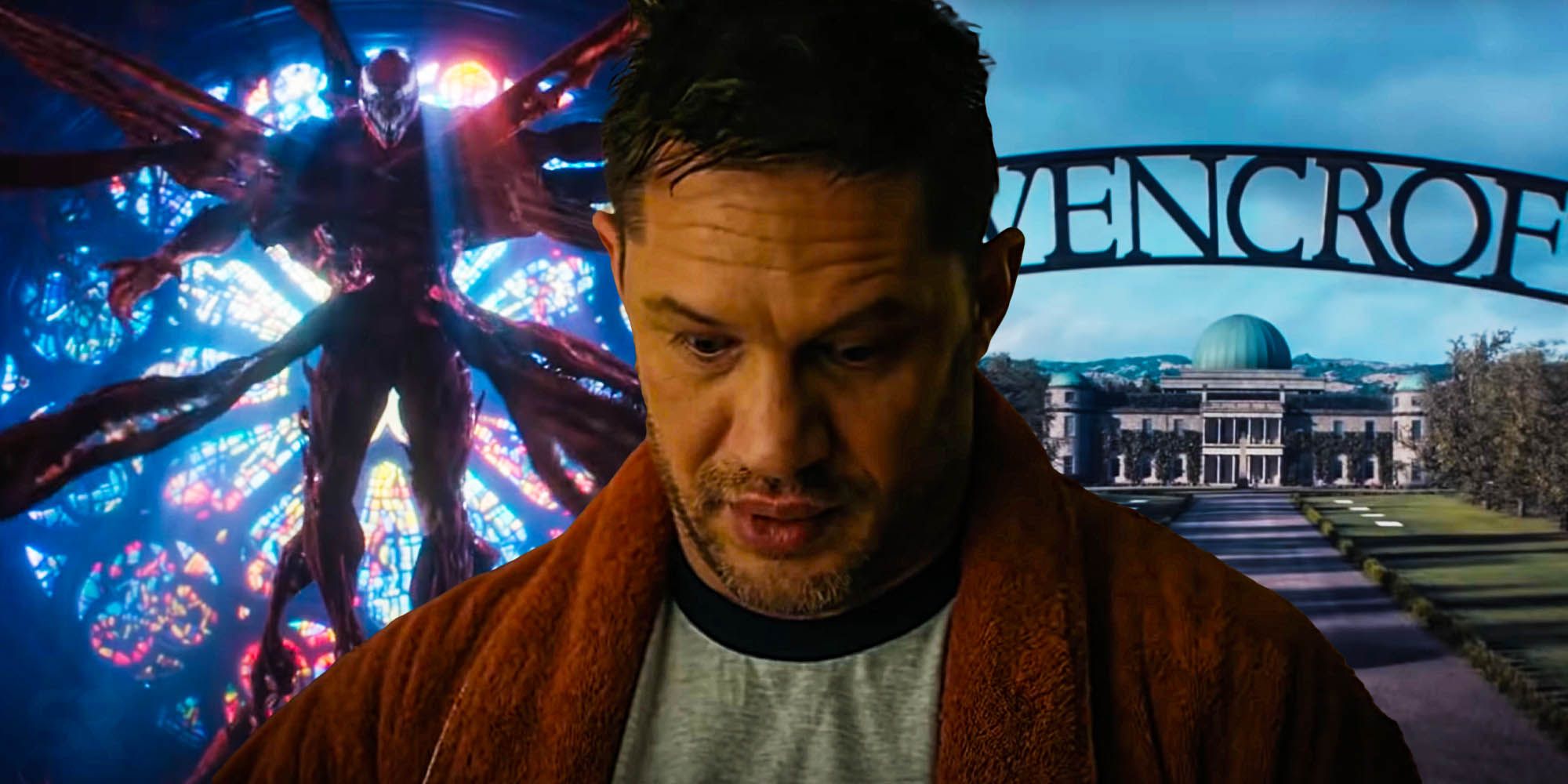 Venom 2: Let There be Carnage was filmed in one of the country’s oldest and most stunning cities and every location in the film has a story to tell. Sometimes, specific areas of cities are used. “cheat”Venom 2 : Let There Be Carnage, the story’s setting, was shot in San Francisco. Shot over three weeks in February of 2020, the locations used in the film showcase some of the city’s most notable buildings and gritty neighborhoods.

The second installment of Venom’s franchise sees Eddie and Venom (the Symbiote that is no longer called a Symbiote) trying to coexist. Eddie decides to end his relationship with Venom because sharing a body is not always easy. He then returns to an alien-free life. That is, until he finds out he is being hunted by Cletus Kasady, a murderer who has escaped from a maximum-security prison thanks to being infected by Venom’s blood, turning him into the symbiote Carnage. Venom and Eddie finally reunite to defeat Carnage and save the world.

Related: How Venom 2 Sets Up A Spider-Man vs. Venom Crossover

The film features prominently the Tenderloin area of San Francisco. Kusiak responded to questions about filming the area.

“We shot overnight and most of those businesses closed at ten or eleven and so we had to pay them to keep their lights on. As a matter of fact, there was a big neon sign on one of the corners near the apartment that hadn’t worked in about 15 years and our guys went in and made it work just for the shot. So that business got a new working sign out of the deal.”

Eddie Brock’s apartment is located in the Tenderloin and is a major location in both Venom and Venom 2. In Venom 2, Eddie Brock evicts his non-symbiote roommate, Venom, and the disgruntled Venom throws many of Eddie’s belongings out the window of the apartment onto the street below, including Eddie’s television. Kusiak answered a question about the filming of the scene. “that was actual crew that were throwing things out the window including the TV that was landing on the sidewalk below that we had to clear the block for.”He continued to explain that the Location Department had the responsibility of informing the neighbors and sometimes negotiating with them, in order for the stunt to be possible.

Related: How Powerful Venom Is After Let There Be Carnage’s Ending

Located around the corner from Eddie’s apartment, Mrs. Chen’s shop is also located in the Tenderloin. Venom survives by eating brains and chocolate and Mrs. Chen’s shop is where Eddie buys the chocolate. When Eddie asks Anne to find Venom, Anne discovers that Venom has taken over Mrs. Chen’s body and convinces him to relocate to her own body in order to reunite him with Eddie.

Located in Pioneer Park, Coit Tower is one of San Francisco’s most iconic buildings and is where Venom and Eddie go to evade the police. The tower is 210 feet high and offers stunning views of the city. It was completed in 1933. The scene with Eddie and Venom shows the city at night with helicopters over the city searching for the pair which, interestingly, were actually the same helicopters from Matrix 4. Both movies were simultaneously shot in San Francisco. Matrix 4 began filming first, so they had first bid for much of the city. Venom 2 had to work around them. As Kusiak put it, “The helicopters were actually on the Matrix movie. The Matrix was filming at the same time so we were catching part of their activity on camera.”

With Venom’s help (and artistic ability), Eddie solves a murder leading police to Rodeo Beach, CA. After meeting with Cletus Kasady, Eddie sees Kasady’s cryptic drawings on the cell wall and Venom deciphers the location of one of Kasady’s victims. Kasady is arrested by police who are seen digging on the shore to find the body.

Eddie visits Kasady in San Quentin State Prison to interview him. Venom 2 shows the real maximum-security prison north of San Francisco, Marine County, CA. The interiors of the prison, where Eddie interviews Kasady, and the cells are shown, were created on stage. However, substantial footage was shot in the real prison. Filming was done while the prison was still in operation and there were prisoners present. Kusiak revealed that this location was difficult and took months of planning. He explained this in the interview.

“That took months to organize, and it’s very specific, you know? I mean, when you’re inside a maximum-security prison, there’s no room for a crew to do what it often does which is wandering about or kind of stuffing stuff everywhere. It all had to be extremely specific and very rigidly adhered to in that particular location. There was no room for error with that.”

In the film, Carnage breaks out of the prison—and a prison break was a major concern when filming on site (though, minus the symbiote). Because the cable used in filming was thick enough to climb, it was forbidden for the crew to run cable over the prison wall. They were also limited to specific areas for a specified time. There were also detailed plans in place and meticulous security measures in place in case of a natural disaster.

Kasady as Carnage is seen walking on Columbus Avenue after he has escaped from prison. The back entrance of Larry Flynt’s Hustler Club was made to look like a valet. Kasady steals a red sports car and sets off to free his girlfriend, Shriek—Venom 2’s other, sound-powered, villain.

Related: Venom’s Movies Have Only Scratched The Surface Of What Makes Him Awesome

Grace Cathedral: The End of the Battle Between Venom And Carnage

Kasady leads Shriek out Ravencroft to Grace Cathedral where they will be married. Eddie and Venom arrive on site and the film’s massive end battle between Venom and Carnage takes place inside the legendary cathedral. Some exterior shots and interior footage were filmed on site, but because Venom is known for causing unnecessary destruction, most interior footage could not have been captured on location.

The Palace of Fine Arts Scene at End, where Eddie talks to The Chickens

At the end of Venom 2 (before the credits scene), Eddie sits in front of the Palace of Fine Arts, talking to Venom’s recently-liberated pet chickens, Sonny and Cher. The Palace of Fine arts, which was built for the Panama-Pacific Exposition in 1915, is the oldest structure in the city. It was originally one of the 10 palaces that were built for the Exposition. Today, it is the last palace. Eddie refers in the scene to Don Quixote statue that the crew created for them. Venom 2: Let There be Carnage.

Next: Venom II Soundtrack Guide: Every Song in Let There be Carnage


Lindsay began singing at the age 17 in Los Angeles. She is also the author of two novels. She lives in Los Angeles with her German Shepherd.

Ruben Randall - May 19, 2022 0
Actress
The cast of The CW‘s upcoming Walker prequel Walker Independence step out for the CW Upfronts presentation on Thursday morning (May 19) in New...