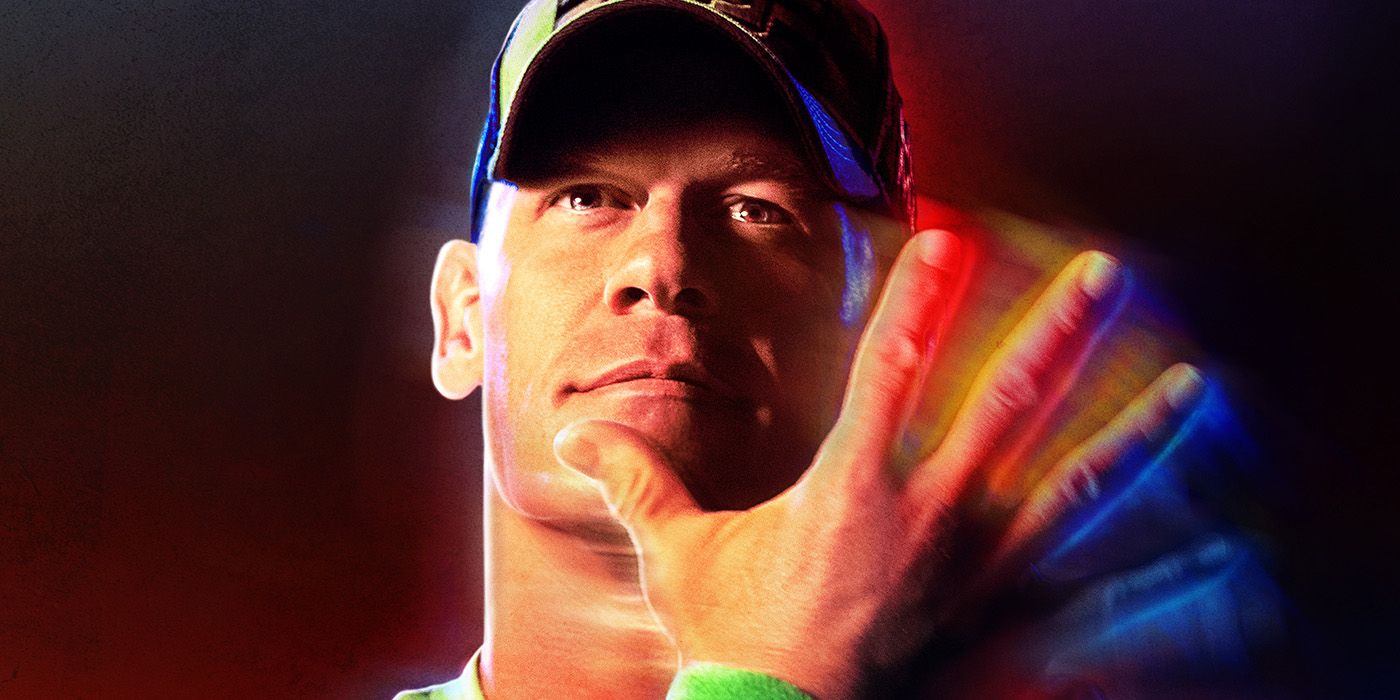 WWE 2K23 is heading to the ring in March, and several of the previous game’s modes are returning with a few new twists and tweaks. While reactions to last year’s WWE 2K22 were mixed, the latest installment of 2K’s line of WWE simulators was at least a marked improvement over the disastrous and glitch-filled WWE 2K20.

Even as players were digging into WWE 2K22’s revamped Showcase and brand-new MyFaction modes, many were already wondering about what the inevitable follow-up would bring. WWE 2K22 wasn’t without mistakes, such as an outdated roster of playable Superstars that wasn’t as large as those of past offerings and several persistent issues. With AEW: Fight Forever likely to release sometime later this year, the pressure is on WWE 2K23 to offer fans a truly breathtaking wrestling experience – though WWE and 2K have remained tight-lipped about their latest squared circle simulator until now.

Earlier today, WWE posted a new teaser trailer for WWE 2K23 – one that confirms past rumors that John Cena would be the game’s cover Superstar. More information about the game soon followed, including which gameplay modes will be returning for this year’s installment – as well as what missing features from WWE 2K22 will be restored. The developers at Visual Concepts have stated that they have been listening to player feedback on WWE 2K22 to ensure that the next WWE game will be bigger and better than what has come before when WWE 2K23 launches on March 17.

One of the most noteworthy single-player modes from the past WWE 2K games has been the 2K Showcase, a series of matches highlighting the career of a certain WWE superstar or group. Some of these Showcase modes have been available as part of the base game, while others were released as DLC later on. The previous WWE 2K title greatly refined this concept by integrating actual match footage and in-game narration from WWE 2K22 cover star Rey Mysterio, which gave players the feeling of Rey himself telling the story of his career as they played through some of the high-flyer’s greatest matches.

WWE 2K23 cover star John Cena will naturally be the focus of this year’s 2K Showcase. While the 16-time WWE World Champion has already been featured in past Showcase modes, this year will bring an interesting twist.

Instead of controlling Cena himself, players will take on the role of his various opponents as they try to take down the leader of the CeNation. None of these opponents have been confirmed so far, but this shake-up to last year’s winning 2K Showcase formula could provide players with plenty of variety given the many legendary enemies Cena has battled over the years.

MyGM Will Let Players Run The Show In WWE 2K23

GM Mode has been a popular staple of past WWE video games, allowing players to go behind the scenes and run their own brand of WWE television. From building up a roster of superstars to managing the matches and rivalries that play out on TV every week, WWE 2K22’s MyGM Mode tasked players with competing against other General Managers to see who has the best eye for business and proves that boardroom dealings can be just as intense and engaging as the action unfolding in the ring.

Players will be able to jump into MyGM Mode once again in WWE 2K23, and there will be plenty of new options to give players the full booking experience. Visual Concepts is adding new options to WWE 2K22 ‘s list of playable GMs – in addition to letting players create their own – alongside new match types, multiple seasons, and expanded match cards. Aspiring GMs will also be able to compete online against up to four players in an action-packed battle of the brands.

While WWE 2K22’s 2K Showcase faithfully recreated wrestling history, MyRISE allowed players to chart their own course as a rookie WWE superstar fresh from the company’s Performance Center. Players could choose between a male or female grappler as they battled across each of WWE’s three mainline brands, and MyRISE’s various story missions could be experienced in any order to ensure that no two playthroughs are identical. Depending on which choices the player makes, their wrestler could be a heroic Face or villainous Heel, and MyRISE’s story scenarios captured the chaos and entertainment of a typical episode of Raw or Smackdown.

MyRISE will return in WWE 2K23, and will borrow from WWE 2K22‘s MyRISE storytelling by featuring distinct plotines for male and female superstars. Not much has been revealed about this year’s iteration, but players will be able to import a custom wrestler from outside of MyRISE. WWE 2K22 forced players to build a separate MyRISE character and locked them to that specific mode, making this a welcome change for more creative WWE fans looking to act out their dreams of being the next WWE Universal Champion.

MyFACTION Is Back For More Team-Building Gameplay In WWE 2K23

One of the newer and more divisive parts of WWE 2K22, MyFACTION is a card-based game mode that sees players build a stable of wrestlers and compete against other groups in the squared circle. By winning matches, the player can earn points that are used to unlock new cards – including WWE 2K22 MyFACTION Evolution cards that can grow stronger over time. These cards represent different wrestlers and managers, allowing players to alter their line-up until they’ve built the ultimate wrestling power group.

A common complaint about WWE 2K22’s MyFACTION is that it was single-player only, and WWE 2K23 is addressing this by allowing players to take their custom stables online to interact with other players. The ever-changing Weekly Towers and Faction Wars events will return, as will the specialized theme card packs and faction goals that will be doled out regularly over the coming year once WWE 2K23 releases on March 17.

Another fan-favorite WWE 2K game mode is Universe, an open sandbox that lets players chart out event cards across all of WWE’s brands and pay-per-views. Everything about a given wrestling show, such as the onscreen feuds and championship reins, can be fully customized for the ultimate WWE experience. Visual Concepts has made a few modifications to Universe mode in WWE 2K23, but the only announcement made so far is a reworked story system.

Speaking of customization, the ability to create original wrestlers and have them compete against established WWE superstars stretches back to the classic WWF No Mercy on the Nintendo 64. WWE 2K23 will be no different, as players can design their own Superstars, GMs, arenas, entrances, move sets, and championships. These creations can then be shared online through WWE 2K22‘s cross-platform Community Creation hub, giving fans a seemingly infinite pool of celebrities and characters from pop culture to bring into the squared circle. Advanced entrance customization is also returning after its absence in WWE 2K22, meaning that created superstars will be able to walk down to the ring in style.

The Legendary War Games Match Is Coming To WWE 2K23

The final new game mode confirmed for WWE 2K23 is a brand-new match type that has never been featured in a WWE game before: the War Games match. Initially created by WWE Hall of Famer Dusty Rhodes, the War Games match was a popular staple of NWA and WCW from the 1980s onward. This special match features teams of three or four battling it out inside two rings, side-by-side and surrounded by a dual steel cage. Fans will finally get to dive into this legendary match type when WWE 2K23 launches on March 17.