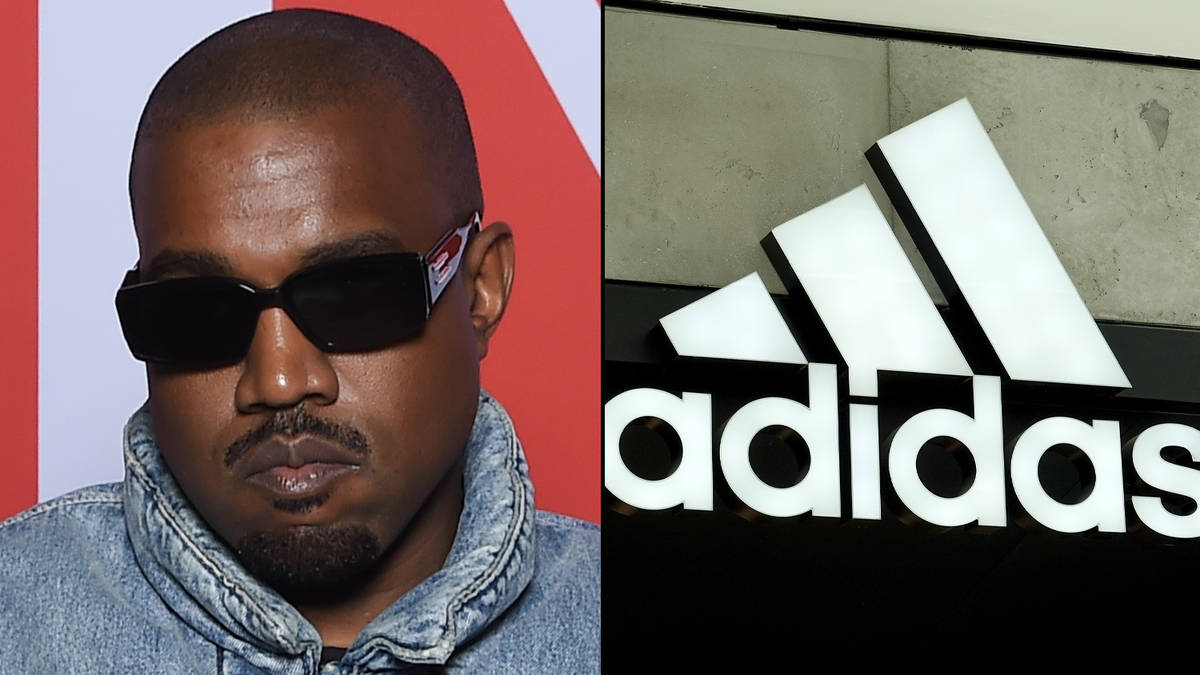 Adidas, Balenciaga, Gap, and even Anna Wintour and Vogue have cut ties with the artist following his harmful rhetoric against Jewish people.

Over the past few weeks, Kanye West has been spewing antisemitic rhetoric and spreading hurtful, dangerous and hateful comments about Jewish people around on social media and in interviews.

Kanye’s recent comments have since been picked up by groups of white supremacists. This past weekend (Oct 22), a photo of a group on a highway went viral, as they gave a Nazi salute while standing behind a banner that read: “Kanye was right about the Jews.”

As a result of Kanye’s hateful comments, several companies, brands and figureheads have now dropped and distanced themselves from him. Forbes has also reported that Kanye has also now lost his billionaire status.

On top of that, it appears as though the Kardashian/Jenner family is distancing themselves from him and his comments, too. Kim Kardashian posted her own statement condemning the antisemitic rhetoric that has re-emerged following Kanye’s comments, but did not mention him by name. Kris Jenner, Khloe Kardashian, Kendall Jenner and Kylie Jenner have also shared a viral Instagram post sharing their support for Jewish people, but again did not mention Kanye by name.

Here’s every company who has dropped Kanye so far:

Kanye’s long-running Yeezy collaboration with Adidas has now been dropped following pressure on the brad to cut ties with him. In a statement, the sports brand announced that it would immediately cease business with Kanye.

“Adidas does not tolerate antisemitism and any other sort of hate speech,” the company said. “Ye’s recent comments and actions have been unacceptable, hateful and dangerous, and they violate the company’s values of diversity and inclusion, mutual respect and fairness.”

The statement continued: “After a thorough review, the company has taken the decision to terminate the partnership with Ye immediately, end production of Yeezy branded products and stop all payments to Ye and his companies. Adidas will stop the Adidas Yeezy business with immediate effect.”

According to The Washington Post, the Yeezy line reportedly brought in an estimated $2 billion a year, accounting for almost 10% of Adidas’ annual revenue. The brand estimates that ending the partnership will cost $248 million in net income this year.

Anna Wintour, the editor-in-chief of Vogue, has also cut ties with Kanye. A spokesperson for Vogue told Page Six exclusively that neither the magazine nor Wintour herself intend to work with Kanye again following his recent antisemitic and White Lives Matter comments.

In early October, Kanye also attacked Vogue’s Global Contributing Fashion Editor-at-Large, Gabriella Karefa-Johnson, after she called out his White Lives Matter shirts that he showed during his Yeezy show at Paris Fashion Week.

Kanye ridiculed Gabriella’s style, taking aim at her in a series of Instagram posts. Vogue later issued a statement condemning Kanye’s posts and standing with Gabriella.

“Vogue stands with Gabriella Karefa-Johnson, our global fashion editor at large and longtime contributor. She was personally targeted and bullied. It is unacceptable,” the publication wrote in an Instagram post.

The fashion house, who recently collaborated with Ye on his Yeezy Gap line, has officially cut ties and distanced itself from the artist. According to a statement from the brand’s parent company Kering, “Balenciaga has no longer any relationship nor any plans for future projects related to this artist.

Similarly, Gap has also severed ties with Kanye. The brand announced that it would be removing all Yeezy Gap products from its stores and will be shutting down the dedicated e-commerce site.

In a statement, Gap said that its “former partner’s recent remarks and behaviour further underscore why [it ended the Yeezy Gap partnership]”.

“Anti-semitism, racism and hate in any form are inexcusable and not tolerated in accordance with our values. On behalf of our customers, employees and shareholders, we are partnering with organisations that combat hate and discrimination,” Gap’s statement reads.

Kanye has also reportedly been dropped by his agency, according to “a person with knowledge of the situation who was not authorized to speak publicly”. (via Los Angeles Times)

“The firm is no longer representing Kanye West,” a source told the outlet.

Clair and Cohen were Kanye’s sixth divorce attorney. Back in August, Kanye’s fifth divorce attorney Samantha Spector requested to withdraw as counsel, saying that her relationship with him was “irretrievably broken”. (Per TMZ)

On October 14th, the US bank cut ties with Kanye and his Yeezy brand. According to The New York Times, the bank is ending its relationship with Yeezy LLC but will maintain the accounts until November 21st to allow enough time to transfer the account.

Kanye had previously criticised JP Morgan’s leadership in a series of Instagram posts.

MRC Entertainment has officially cut ties with Kanye and has shelved a recently completed documentary about the artist with no plans to release it.

In a statement, the company said: “Kanye is a producer and sampler of music. Last week he sampled and remixed a classic tune that has charted for over 3000 years – the lie that Jews are evil and conspire to control the world for their own gain.”

“This song was performed acapella in the time of the Pharaohs, Babylon and Rome, went acoustic with The Spanish Inquisition and Russia’s Pale of Settlement, and Hitler took the song electric. Kanye has now helped mainstream it in the modern era,” the letter continued.

A spokesperson for Instagram’s parent company Meta confirmed that the platform had removed content from West’s page that violated its policies in addition to restricting his account. A rep for Twitter also confirmed that his has been locked for breaking its rules.

After getting locked out of Twitter and Instagram, Kanye agreed to acquire the right-wing social media platform Parler for an undisclosed amount.

What is Kanye West’s net worth now? Is Kanye still a billionaire?

Forbes have reported that Kanye is now no longer a billionaire. With the decision from Adidas to severe ties with the artist, Kanye has now lost a considerable amount of his earnings and net worth. According to the outlet, without Adidas, Ye is worth around $400 million.

How Jesse Puljujarvi, as a player and person, became perfect fit for Oilers –...

Ruben Randall - May 8, 2022 0
Money
It seems like the tension between 6ixnine and Fivio Foreign is not cooling down anytime soon as the former once again aimed a dig...