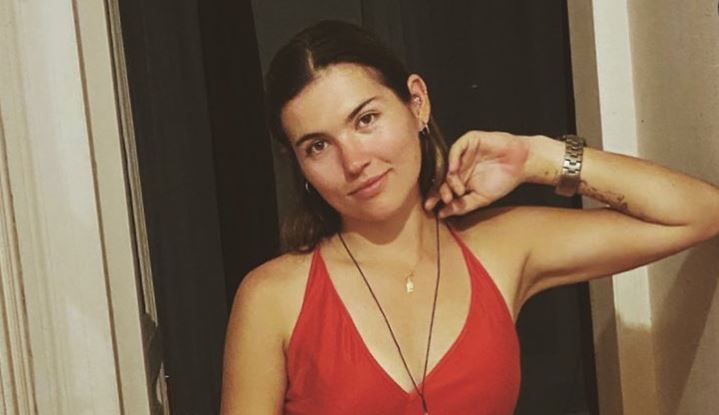 Travel has been on the minds of many as the world begins to open up again, and that preoccupation has made many curious about Eva zu Beck and her unusual story.

There’s plenty to unpack, including a rags-to-riches saga about how zu Beck made it in the industry by taking a fascinating entrepreneurial approach to the travel game.

That led to an estimated net worth of $1 million before a series of controversies marred her previously-charmed career, so let’s dig into the details of her story and find out how it all unfolded.

Eva zu Beck was born in Poland in 1991, but she moved to the UK early in her childhood. Her curiosity about other cultures quickly surfaced in her propensity for language studies, and she studied German and French at the University of Oxford.

Her professional career in the travel industry started in a decidedly nondescript fashion.

She describes herself as living a “typical corporate life” working for a London-based travel company, but zu Beck quickly realized that the emphasis on material things that comes with a job like that definitely wasn’t for her.

So she bailed. As a card-carrying overachiever, zu Beck definitely isn’t the type to do anything halfway, and when she left her ladder-climbing London life she booked a one-way ticket to Nepal. There she hoped to tell travel-oriented stories on her fledgling YouTube channel, despite her lack of background in filmmaking.

But the YouTube channel route to fame and fortune has worked for many young entrepreneurs, and zu Beck was in the right place at the right time.

Her films caught on to the point where she amassed 2 million viewers, and she parlayed that success into gigs as the host of a TRT World series, “A Place Called Pakistan.” She also landed a role as a Euro News consultant, a combination that made her future seem bright indeed.

There was trouble on the horizon, however, and for zu Beck it occurred in the form of the pandemic, which damaged many who were working in the travel industry.

In zu Beck’s case it was her ongoing work in Socotra, a small island that’s part of Yemen. Many left the island when the pandemic lockdown began in 2019, but zu Beck elected to stay, and she received fierce criticism for continuing to interact with the locals rather than self-isolate.

Eva zu Beck has staked her career on creating a fairy tale life of adventure and romance, and divorce wasn’t supposed to be part of the journey.

The stunning zu Beck married a man she described as “handsome, brilliantly smart, sociable, and perfect,” which made the fairy tale seem complete. But the fantasy of being married didn’t match up well with the freedom she craved, and the couple divorced without reconciling.

She’s recently resurfaced as an extreme athlete and overland explorer, but there have been several serious glitches in her attempt to scale the Seven Summits.

Eva zu Beck seems focused on inventing a series of extreme physical challenges for herself. These also include photos of her appearing in outfits designed to showcase her looks as she travels the world in her revamped Land Rover. As fascinating as her journey has been, it does feel at least several chapters shy of being complete.

See also  Height, net worth, age, TV shows and her appearance in Spider-Man

Kanye West Shocked Everyone By Covering Himself in Mud and Filth,...