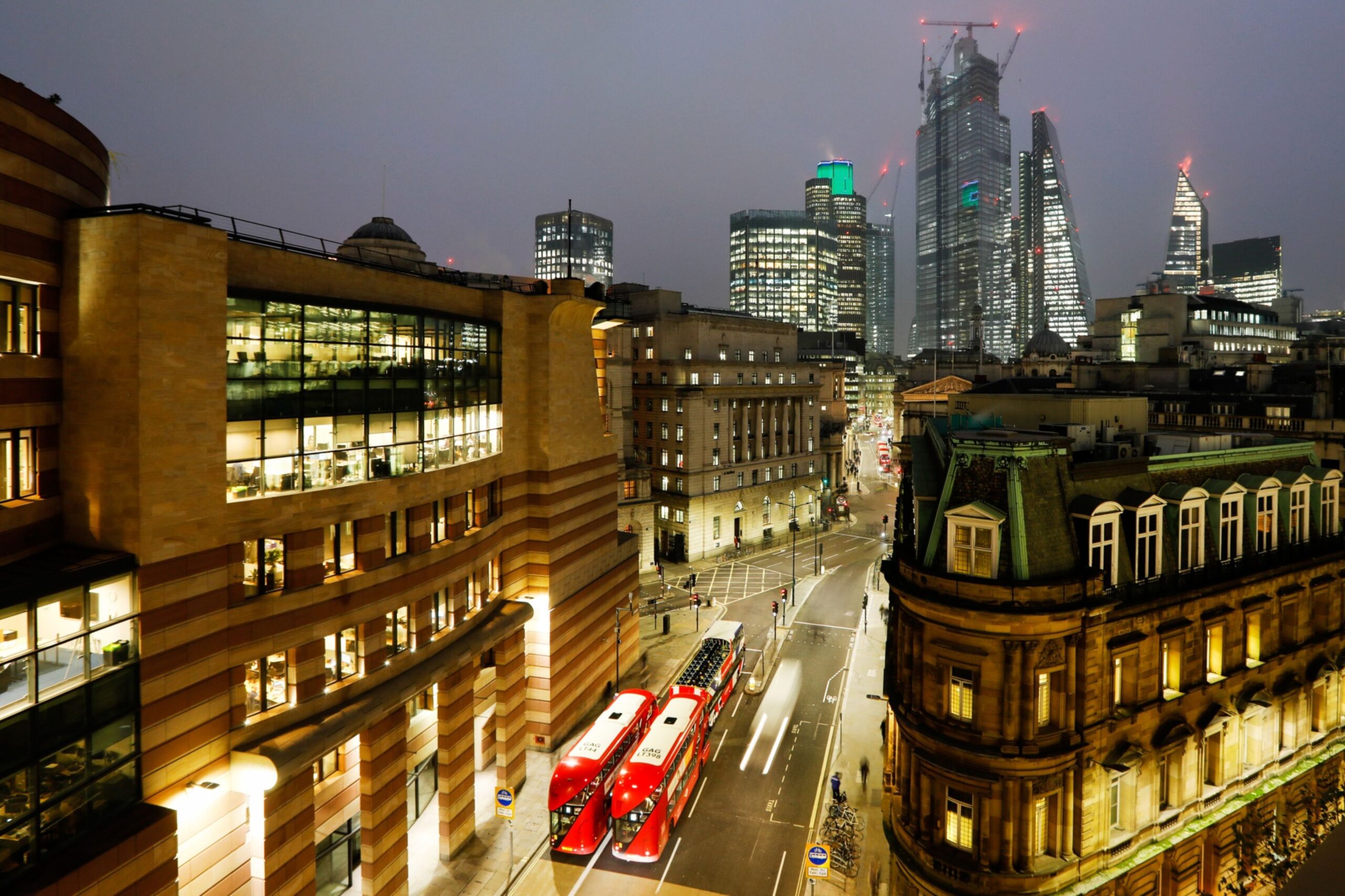 Turmoil at trophy properties in London and Frankfurt offer a glimpse of the damage awaiting European real estate investors as they face the sharpest reversal on record.

From a fraught refinancing process for an office building in the City of London to the strained sale of the Commerzbank Tower in Germany’s financial hub, investors are scrambling to find ways to bridge financing gaps as lending markets seize up from rapidly rising interest rates.

The reality check will start to hit in the coming weeks as lenders across Europe get results of year-end appraisals. Hefty declines in valuations threaten to cause breaches of loan covenants, triggering emergency funding measures from forced sales to pumping in fresh cash.

“Europe is going to go through the great unwind of 10 years of easy money,” said Skardon Baker, a partner at private equity firm Apollo Global Management. “The amount of distress and dislocation is off the spectrum.”

Loans, bonds and other debt totaling about €1.9 trillion ($2.1 trillion) — nearly the size of the Italian economy — are secured against commercial property or extended to landlords in Europe and the UK, according to the European Banking Authority, a survey by Bayes Business School and data compiled by Bloomberg.

Roughly 20% of that, or about €390 billion, will mature this year, and the looming crunch marks the first real test of regulations designed after the global financial crisis to contain real estate lending risks. Those rules could end up making a correction steeper and more abrupt.

“I think the revaluation will happen more quickly than in the past,” said John O’Driscoll, head of the real assets business of French insurer Axa SA’s investment management unit. “People are starting to get exposed as the tide goes out.”

Europe’s lenders will be prodded by the new regulations to act more aggressively on bad loans. They’re also in better shape than during the last real estate crisis more than a decade ago, so could be less inclined to allow issues to fester. That puts the burden on borrowers.

Rules of the Game

In the aftermath of the 2008 financial crisis, most banks were reluctant to call in bad loans as doing so would have led to huge losses — a practice dubbed “extend and pretend.” Under new rules on non-performing loans, lenders will have to provision for expected, rather than accrued, losses. That means they have less incentive to sit tight and hope asset values recover.

“The year end valuations done in the first quarter will be key,” said Ravi Stickney, managing partner and chief investment officer for real estate at Cheyne Capital, an alternative-investment fund manager that raised £2.5 billion for real estate lending last year. “The question mark is over what the banks actually do.”

So far valuations haven’t declined enough so that senior debt — the loans generally held by banks — are underwater, but that could soon change. UK commercial properties valued by CBRE Group Inc. fell by 13% last year. The decline accelerated in the second half, with the broker registering a 3% fall in December alone. Analysts at Goldman Sachs Group Inc. have forecast that the total decline could top 20%.

Banks might then act before prices fall further and risk credit losses, forcing indebted landlords into difficult alternatives. The issues get thornier for those facing debt maturities. Lenders are reducing the amount of a property’s value they’re willing to loan out. That means a lower appraisal could act as a double whammy, increasing the funding gap.

“Bank appetite is lower and it will stay lower” until there’s sign the market has hit bottom, said Vincent Nobel, head of asset-based lending at Federated Hermes Inc. The new regulations prod banks to deal with bad loans “and one way to solve problems is to make it somebody else’s problem.” 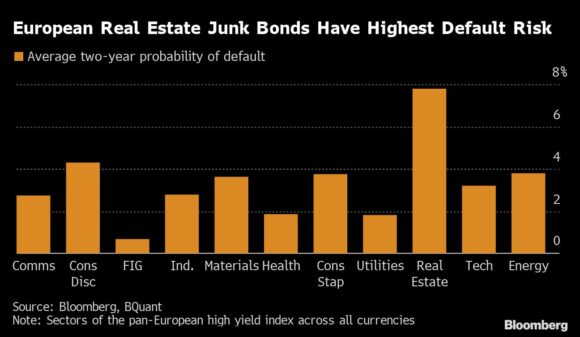 Sweden has so far been the epicenter of the crisis, with home prices projected to drop 20% from peak levels. The country’s listed property firms have lost 30% of their value over the past 12 months, and the Swedish central bank and Financial Supervisory Authority have repeatedly warned of the risks stemming from commercial property debt.

Falling real estate values could trigger a “domino effect,” as demands for more collateral could force distressed selling, according to Anders Kvist, a senior adviser to the director of the FSA.

While there are some pockets of stability like in Italy and Spain, which were hit harder after the global financial crisis, the UK is slumping and there are signs that Germany could be next. 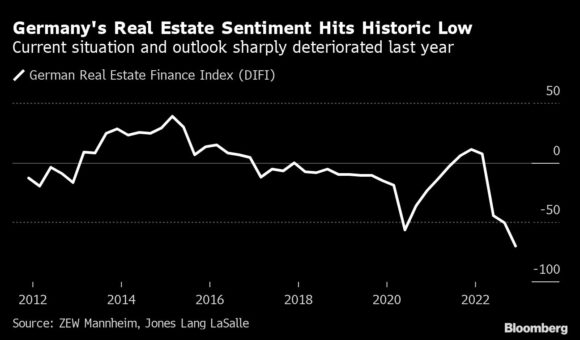 On the bright side, there are more options available for strapped property investors. Entities such as closed-ended credit funds have steadily expanded over the past decade. Collectively, insurers and other alternative lenders had a higher share of new UK real estate loans than the country’s major banks in the first half of last year, according to the Bayes survey.

In the next 18 months, investors will pour a record amount of money into so-called opportunistic funds which make riskier real estate bets, Cantor Fitzgerald Chief Executive Officer Howard Lutnick said at the World Economic Forum in Davos last week. The trend will help accelerate a rebound in commercial real estate markets, he said.

These new tools could make the turmoil more short-lived than in the past when banks held on to bad loans for years. Louis Landeman, a credit analyst at Danske Bank in Stockholm, expects the reset to be relatively orderly with borrowers having enough to take counter measures.

“Anyone that can come up with a creative way of filling that gap is going to have a great time,” said Mat Oakley, head of commercial research at Savills.

Photograph: The One Poultry building, left, in the City of London, UK. Photo credit: Luke MacGregor/Bloomberg

Ruben Randall - November 19, 2022 0
Actor
The multi-talented Arnold Schwarzenegger has five children. Four are from his ex-wife Maria Shriver, whereas one was birthed with Mildred Baena, a former...

Brenda Song Learned to Drive at the Same Time as London...