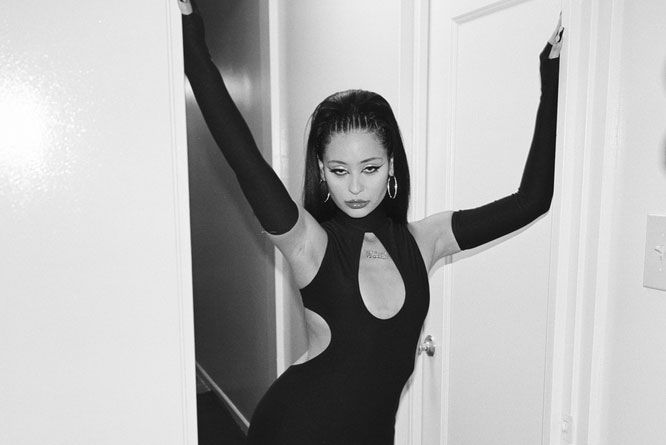 The highly anticipated second season of Euphoria has just hit screens, and the internet has wasted no time when it comes to calling out how unrealistic the wardrobe, students, and the school in general are.

Since season two premiered, there have been countless of tweets about “Euphoria High,” specifically the character Maddy, played by Alexa Demie, who shows up to school with a really tiny bag. Not a single book in sight, not even a backpack. There are plenty more school-inappropriate outfits in the trailer, and we couldn’t love it more. Tbh, if I had worn Amina Muaddi heels to school I’d probably be a bad bitch, too.

The clothing worn by the characters are equivalent to what most people would wear to the club – we’re talking bodycon dresses, Prada heels, and mesh tops. The makeup is always extreme, skin is always showing, and if any real principal would spot you in the corridor, they’d have a field day sending you home for breaking the dress code.

Of course, the show isn’t meant to be realistic. The Euphoria aesthetic was created to be visually appealing, setting it apart from a typical high school show, and creating something completely different.

After season one aired, it created a whole new era of makeup, where people started experimenting with colors, rhinestones, and self-expression as a result of the MUA working on the show, Doni Davy. But just because it looks great, it doesn’t mean it is realistic.

@m4rkcu1p WHO’S EXCITED FOR TONIGHT??? Inspo from @Elliot #euphoria ♬ And why arent you in uniform – No context Spongebob

TikTok has started a new trend in which someone walks into a room wearing a seemingly normal school outfit (think sweatpants, hoodie, big backpack), with a sound from Spongebob Squarepants that goes “where do you think you’re going?” Then, the person exits the frame and re-enters with a Euphoria-inspired look with the caption “forgetting I go to Euphoria High.”

It’s not just TikTok that is having a blast creating memes based on the show, Twitter is also having a lot of fun.

The first episode of season two is set at a party. There are plenty more school-inappropriate outfits in the trailer– we’re talking bodycon dresses, Prada heels, and mesh tops – and we couldn’t love it more.

So far, only one episode of Euphoria’s second season is available to watch, but without spoiling anything, it includes plenty of great outfits, drugs, and drama. Also, it has generated plenty of fantastic memes, which we’ve done you the favor of compiling below.

If you’re not watching Euphoria, you can still enjoy the memes.

@sadd.and.gay #euphoria #season2 #makeup #minibag #icon ♬ And why arent you in uniform – No context Spongebob

i wish euphoria had more storylines reflective of my life in high school (wearing basketball shorts every day of the year, getting a penny stuck in my steering wheel so whenever i turned left it honked for 2 mins, losing my virginity to a girl who said “tell no one about this”)

I’m a guidance counselor at the Euphoria high school. I eat lunch in my car and have night terrors.

3 Ways Seo In Guk Gives His Otherworldly Role A Human Touch In “Doom...