The exclusive club of family offices just got one comma shorter.

For the paltry sum of $350,000, or just over five times the median U.S. household income, individuals can invest with Equi in complex strategies focused on alternative assets, which the company says is commonplace amongst billionaires seeking to grow their wealth.

These billionaires and ultra-high net worth individuals often work with family offices that manage their investments. Thanks to Equi, millionaires can now invest in these strategies too. What’s more, they can do so without having to put in $70 million worth of initial capital, which the company says would normally be needed to access such strategies.

Alternative assets are appealing to some investors because they’ve historically provided higher returns than stocks or bonds. Equi offers a range of them in its flagship investment fund, including hedge funds, private equity, private real estate, and venture capital.

The Equi flagship fund launched just over a year ago and has an annual target return of 17-23%. To compare, the S&P 500 has an annual average return of 10.5% over its lifetime, though it remains to be seen whether Equi can continuously deliver these high returns over a long time horizon.

In order to invest with Equi, one has to qualify as an accredited investor, usually through meeting an annual income threshold of $200,000 for individuals or $300,000 for married couples. About 1 in 10 American households fit this definition.

Though it serves this very small fraction of investors today, Equi hopes to eventually scale its product offerings to include registered public funds that can take on tens of thousands of investors at significantly lower minimums, regardless of whether or not they are accredited, according to the company.

Equi co-founder and CEO Tory Reiss spent years as a financial literacy educator while working in various tech roles, he told TechCrunch in an interview. Through these efforts, he had vulnerable conversations about money with a wide range of people, and realized that most of them were investing in traditional portfolios of stocks and bonds through mutual funds, if at all.

See also  Shaquille O'Neal, Who Wanted Deion Sanders to Coach Cowboys, Gives Bold Take on Nick Saban's $1 Million Controversy: "I don't want to hear from none of these coaches..."

“The traditional investment advice of just dollar-cost averaging into Vanguard funds, and hoping everything’s going to be okay — that was true, and that was good advice for, let’s say, the past 40 years that we’ve been in this declining interest-rate environment,” Reiss said.

“But then, once I got to a point where I actually had enough money to invest and could afford to look at different asset classes, I started really studying real estate and private credit,” he continued.

Inspired by ex-Yale endowment chief David Swensen‘s iconic book, “Pioneering Portfolio Management,” Reiss started investing in some of these alternatives with the goal of maximizing how diversified his portfolio was. Once he started experimenting with these strategies, Reiss no longer felt comfortable advocating to others on behalf of traditionally-prescribed investment advice when he himself wasn’t following it, he said. 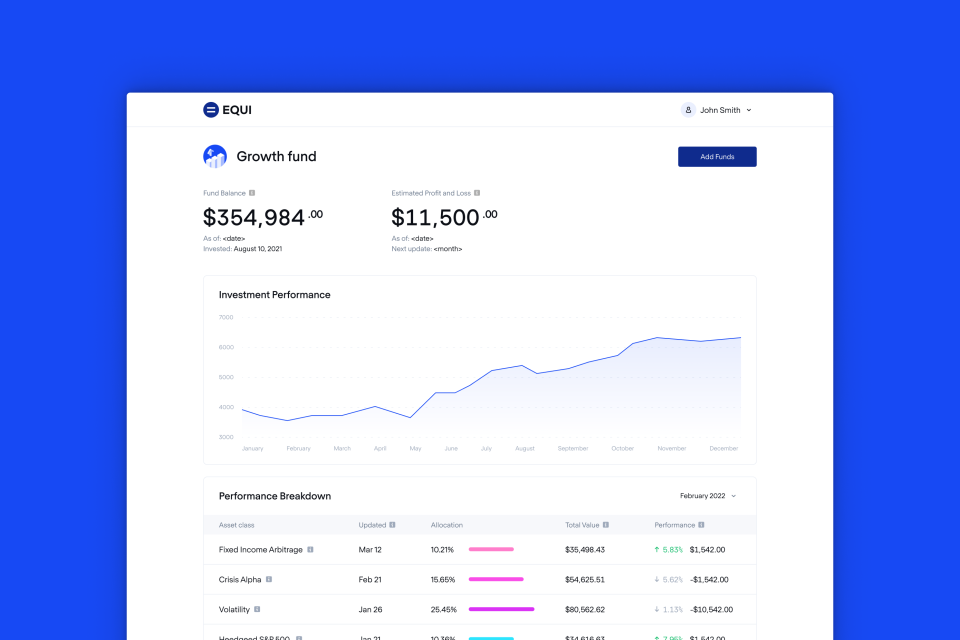 Reiss’s entrepreneurial journey in fintech began when he co-founded consumer debt refinancing tool Harvest Money in 2017. The company raised seed capital from investors but shut down shortly after due to issues between Reiss and his co-founder, he said.

Reiss’s next venture, TrustToken, was far more successful. The stablecoin company, co-founded by Reiss in 2018, raised $30 million in funding from investors including Andreessen Horowitz last August, and continues to scale its platform today. Still, Reiss said, he couldn’t get the idea for Equi out of his head, so he began looking into it as a research project before making the leap to focus on it full-time in early 2020.

Equi’s minimum investment of $350,000 is down from $1 million when it first launched, according to the company.

There are plenty of startups offering institutional-style investment strategies to a broader set of investors, including Titan, Allocate, and YieldStreet, to name a few. Most of these companies focus on a specific subset of products — Titan aims to mimic hedge fund investments in public equities, while Allocate focuses on venture capital and YieldStreet is best known for its private debt products, Reiss explained.

Equi offers a much broader set of asset classes in one place, and it plans to eventually partner with other platforms, including Allocate, to offer their funds on Equi, Reiss said. Rather than expecting users to sign up for multiple different investment platforms for each asset class, Reiss hopes Equi will serve as a one-stop-shop of sorts for private deals.

Equi is able to gain access to allocations in private funds because it “systematically target[s] relatively undiscovered strategies” rather than focusing on big, brand-name fund managers, he added. Oftentimes, these managers run niche strategies — for example, investing in life insurance settlements or trading carbon credits, according to the company. 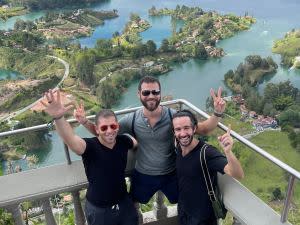 Unlike stocks offered on popular trading platforms like Robinhood and Public, Equi’s holdings are intentionally designed to be held in perpetuity, he added. Investors in the flagship product typically allocate between 5% to 50% of their investable assets to it, and the Equi founders themselves are putting 80% of their own liquid net worth into strategies on the platform, capital Reiss says he plans to hold and watch compound for decades.

See also  Who is Sandra Oh and is the Killing Eve star married?

Since its official beta three months ago, which included 300 participants, Equi says it has admitted about 7% of the customers on its waitlist. Individuals on the waitlist, which includes Fortune 500 executives and multi-billionaires, represent over $800 million in capital — a sum that reflects significant interest from users in the Equi platform, according to Reiss. Reiss declined to share the number of users Equi has today, but said the company is “moving towards scale” and working towards eventually launching its product publicly.

The company announced it has raised $10 million in seed funding from a set of investors, including Montage Ventures, Foundation Capital, Hustle Fund, and Loom founder Shahed Khan. All of the investors, including those investing on behalf of an institution, have taken a pledge to deploy some of their personal net worth into Equi, the company says.

The startup has been able to drum up interest purely through informal marketing and word-of-mouth, Reiss said. Users (and waitlist members) have typically heard about Equi through Twitter and live Q&As on investing hosted by Vinik on Youtube, he added.

Reiss is optimistic about the size of the market Equi is targeting, noting that accredited investors alone are sitting on an estimated $73 trillion in investable wealth.

“I’ve seen ultra-high net worth investors, endowments, and multifamily offices shift over the past 20 years towards having almost half their portfolios in alternatives, but if you look at the kind of mainstream consumer, they’re still low single digits,” Reiss said.

Ruben Randall - September 15, 2022 0
TV/Movies
The search is underway for a new James Bond. The producers are looking for a younger actor to take over the role of...

Elizabeth Warren on Biden’s student-debt relief: ‘Sure I argued for more’...