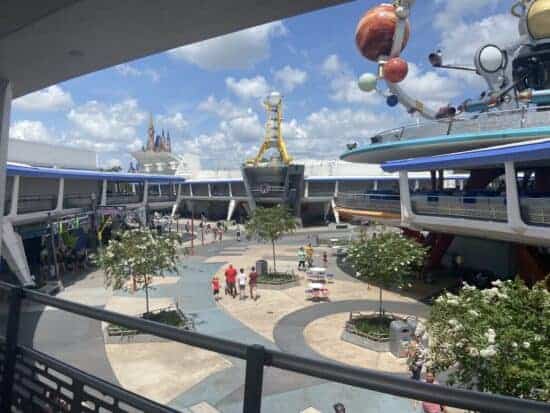 Another reason we won’t be going back. If I had spent my money on reservations, tickets, airfare, etc., and used my vacation time to go to the park only to be told it was SHUT DOWN by ANYONE for a private event, I would be LIVID.
Just because they have the money to do so, doesn’t mean the park should allow it or inconvenience their other “poorer” paying customers, that may have saved up for years to afford to visit the park.
I know families that scrimped and saved forever to afford to take their kids there.
I also know people that got married there. After a small reception in the castle, everyone change clothes and went on to experience the park together … waiting in lines, like normal people. They still had the time of their lives without interrupting everyone else’s vacation.
And, why should celebrities or rich people get the park to themselves? They are not special. Well known or have money, but just like everyone else. They get dressed the same, eat the same, drink the same, and, believe it or not, use the toilet the same as the everyday person.
If they don’t want to be noticed, they should have chosen another career. And,they have enough money to close a entire park, let them pull a page from Michael Jackson’s book and BUILD THEIR OWN.
The downward spiral the park has taken the last few years is bad enough. Now this “shutting down” just adds another red flag not to go.
Oh, and Mr. CEO of Disney, instead of giving yourself ridiculous raises, shutting down parks for private events, building new multibillion new attractions, what about maintaining the ones you have now, hiring more staff so your hotel guest will get the amenities you charge outrageously for, but do not deliver, restoring the “free” transportation for Disney Resort Hotel guests, (which everyone knows we paid for in the fees and no longer free, fast passes, which were also included in the amenities fees, and free hotel parking for hotel guest, who are already paying your higher hotel rates. Quit using “Covid” as an excuse to price gouge to line your pockets with money at the park goers expense. And give your “cast members” a much needed raise.