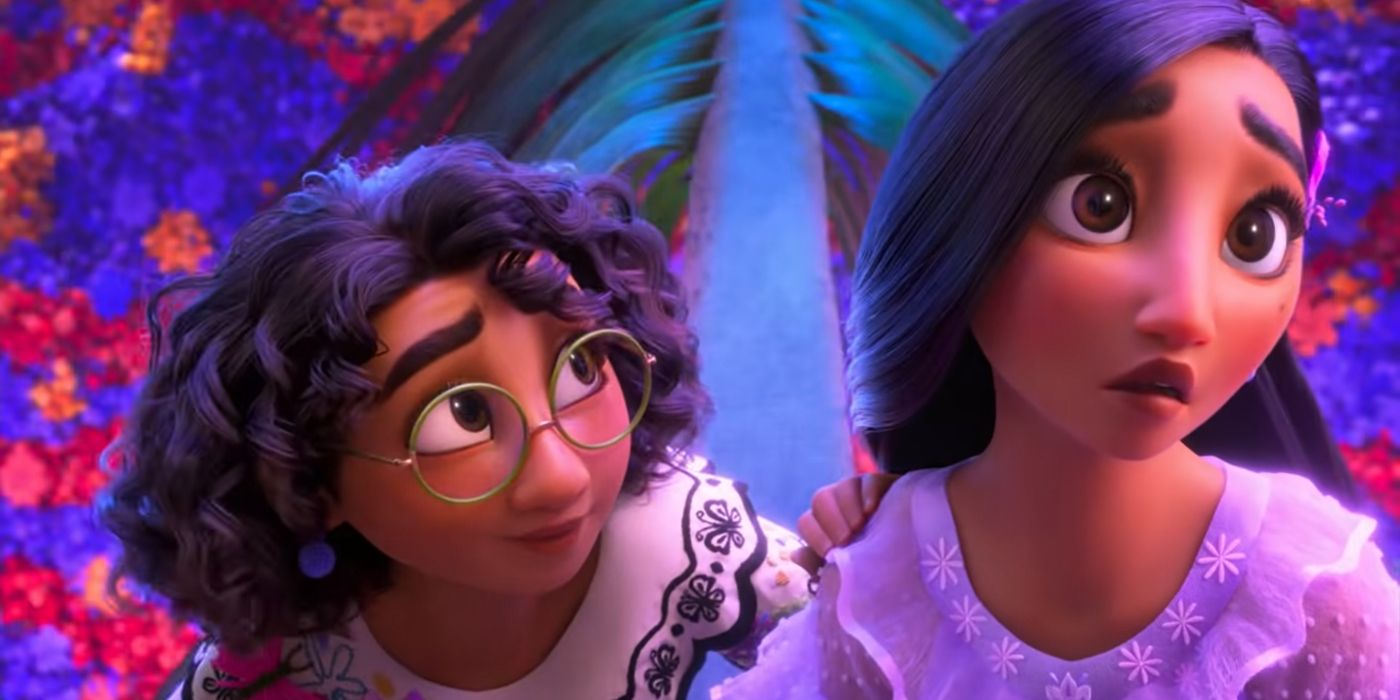 Encanto’s Mirabel and Isabela Madrigal come to life in an incredibly accurate cosplay photoshoot. Last year, Encanto quickly became one of the biggest animated movies of the past several years, though its impressive box office opening isn’t what cemented its success. Upon its arrival to Disney+, Encanto soon became a sensational hit online as fans became enchanted by the stunning soundtrack and heartwarming story. Encanto follows Mirabel (Stephanie Beatriz), who struggles to find her place in the Madrigal family as the only member who did not receive a magical talent. When their home starts to lose its magic, Mirabel does her best to help, even as it puts further strain on her relationship with her family.

Mirabel has a somewhat difficult relationship with most of her family members, most obviously seen in her turbulent encounters with Abuela (María Cecilia Botero) and Isabela. Isabela (played by Diane Guerrero) is always perceived as perfect, which is hurtful for Mirabel who is often seen as anything but. Although, this perfect pedestal that Isabela has been put on quickly becomes a burden for the magical florist as she struggles to maintain this image. Growing up, neither sister had considered the others’ perspectives as they were fixated on their own problems, and that led to their rocky relationship at the beginning of Encanto. Throughout the movie, the two sisters go on a unique journey.

Related: Encanto: Why There Are So Many Butterflies

Cosplayers JJUU_O and allyur_twit on social media perfectly encapsulate Mirabel and Isabela’s arduous relationship in an Encanto cosplay photoshoot. Each of their costumes are marvelous, with incredibly accurate details. The pair re-enact some scenes from Encanto as this real-life Mirabel attempts to get Isabela to hug her to no avail, just like their movie counterparts. Stunning foliage surrounds the cosplayers, giving the whole photoshoot a magical Encanto feel. Check out the photos below:

These two are just some of many Encanto cosplayers who’ve showcased their interpretation of Mirabel and Isabela. The difficult relationship that the pair have, and their eventual bond, is something that myriads of viewers related to as they saw their own familial relationships reflected. Encanto co-director Jared Bush revealed that they spent years refining the sisters’ relationship, so it’s no wonder that it has had such an impact on audiences and inspired so many fan works.

The characters and the familial relationships are part of what makes Encanto so special and aided in its overall success. A plethora of dedicated fans showcase their love for the movie by making outstanding cosplay such as the one above. Following the film’s overwhelming success, Disney CEO Bob Chapek referred to Encanto as the start of a franchise, suggesting that there’s more to be seen from the Madrigal family. Perhaps Mirabel and Isabela’s story isn’t quite over, and their reconciliation was only the beginning. Considering how passionate some fans are about their relationship, it is safe to say that watching them continue to grow together would be well-received by many.

Next: One Encanto Detail Confirms What Abuela’s Real Power Was


TV/Movie news writer based in Scotland. Always looking for new media to consume, and is obsessed with spoilers. Has way too many opinions on fictional characters. Ellisha began writing for Screen Rant in 2021.

Ruben Randall - July 23, 2022 0
Money
Tom Cruise is a very successful actor who has had many roles, some of which he has continued to play many years into his...