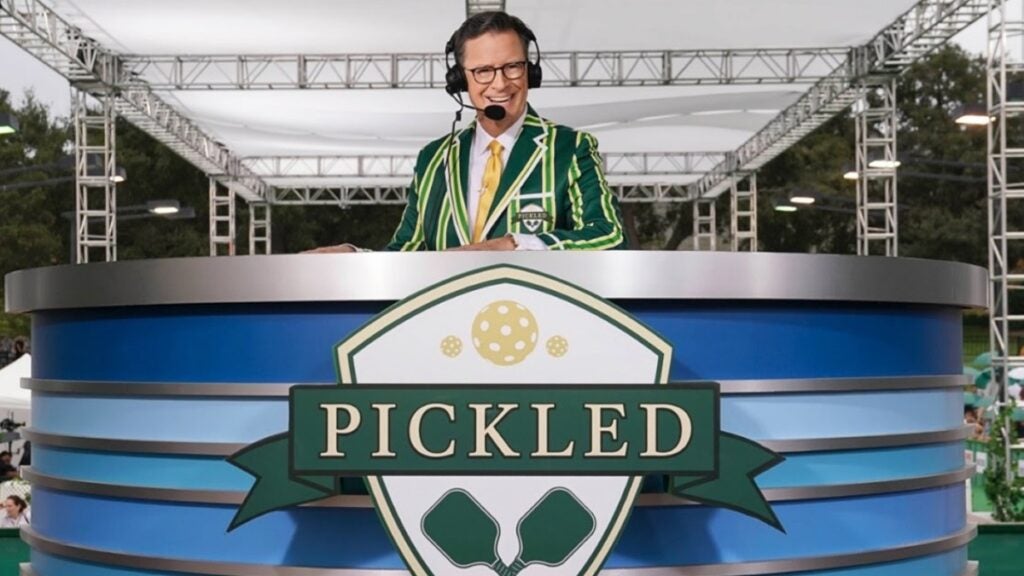 Emma Watson, Will Ferrell, Daniel Dae Kim and a group of other celebrities are set to battle it out on CBS’ Pickleball Tourney on Nov. 17.

The two-hour comedy special, called “Pickled,” will feature a pickleball tournament hosted by “The Late Show’s” Stephen Colbert. Colbert will join singer-songwriter Kenny Loggins in performing the national anthem. The tournament will consist of 16 celebrities who will compete in the oh so competitive sport to win the coveted Colbert Cup.

All proceeds will benefit the non-profit Comic Relief US, an organization focused on aiding homelessness and improving safety of those living in poverty.

“Comic Relief US is thrilled to be a part of this special entertainment event to support the millions of children and families living in poverty,” said Alison Moore, CEO of Comic Relief US. “Thank you to the amazing Stephen Colbert, Spartina, CBS, Funny Or Die and all of our celebrity friends who will now get to play Pickleball for a good cause!”

Produced by Stephen Colbert’s Spartina, Funny Or Die and CBS Studios, Cari Champion, John Michael Higgins and Bill Raftery will serve as announcers for the program.

“Funny Or Die is so proud to produce ‘Pickled.’ Along with Stephen Colbert, CBS and our celebrity players, we all came together for two great causes: to support Comic Relief US and to add more articles about Pickleball to everyone’s newsfeed,” said Mike Farah, CEO of Funny Or Die.

“Pickled” will air Thursday, Nov. 17 at 9 p.m. on CBS and will be streaming live and on demand on Paramount+.

NASA Just Hit an Asteroid to See If It Could

Ruben Randall - June 22, 2022 0
Money
The Blacklist is officially returning for season 10, an announcement that may get mixed reactions from...