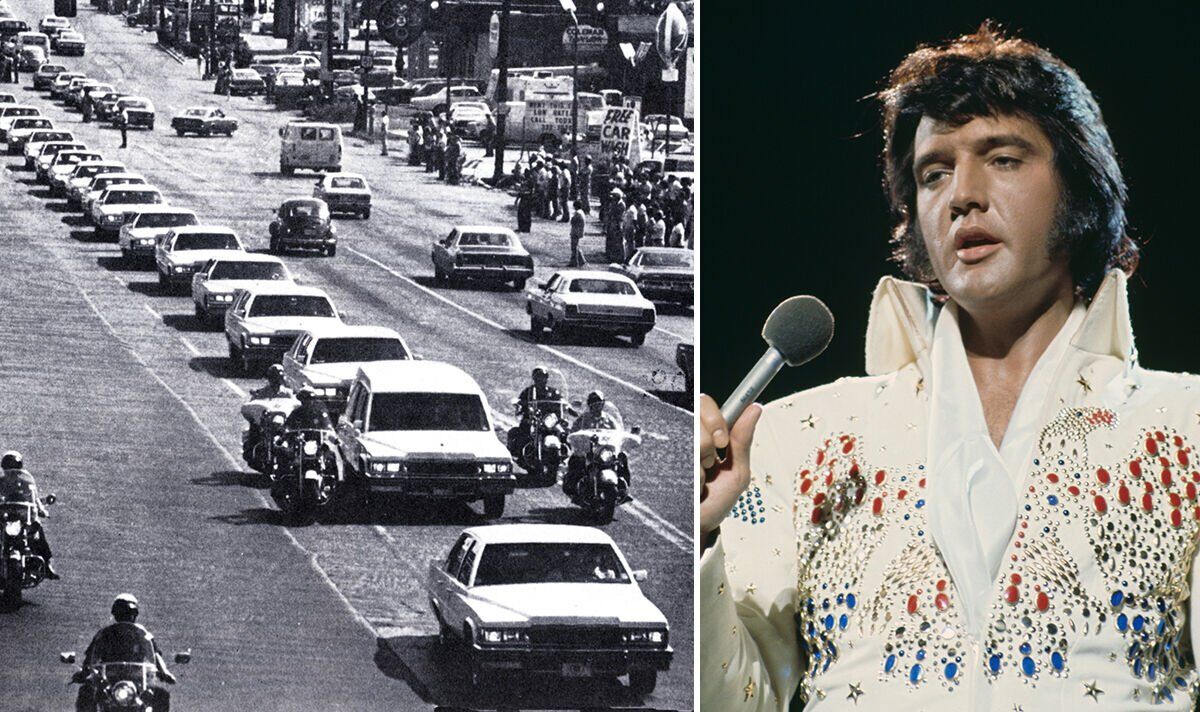 Following Elvis Presley’s sudden death of a heart attack at just 42 on August 16, 1977, 80,000 fans lined the streets of Memphis to witness the journey his casket would take from Graceland to Forest Hill Cemetery to be buried two days later. The King’s pallbearers at his funeral on August 18 were Billy Smith, Gene Smith, Joe Esposito, Lamar Like, Dr George Nichopoulos, Charlie Hodge, Jerry Schilling and George Klein.

Elvis’ cousin Billy revisited the Forest Hill Cemetery Mausoleum to share memories from The King’s private funeral there. There, he remembered coming up the steps carrying the music icon’s casket.

Over the years there have been rumours that it was “so heavy”. Speaking on the Memphis Mafia Kid YouTube channel he teased: “Now that is something that you won’t believe. So he decided to have his whole casket lined in gold, to outdo Tut and it weighed a ton.” But he was only joking, shaking his head saying: “Now if you buy that…It wasn’t really that heavy. I don’t know where people got the idea that it was really heavy.”

However, something really quite amazing did happen during the ceremony in the little chapel.

On their YouTube channel Elvis Fans Matter, Billy’s wife Jo said: “I remember when they were having a service in here, the sun shone through the window and me, Linda Thompson and Patsy Presley Gamble were all sitting together. And the pallbearers were all together and the sun shone through the little windows up there and made the shadow of a perfect cross on the wall. It was strange.”

Billy recalled how Elvis’ body was kept inside the little chapel for around four or five days with security outside, however, his final remains soon had to be moved.

Elvis had originally been buried with his mother Gladys, who died in 1958, in the Forest Hill Cemetery. Both caskets were exhumed and buried in the Meditation Garden at Graceland where they are to this day.

In 1979, Vernon was laid to rest next to his wife and a year later his mother Minnie Mae was put alongside The King.

Tragically, Elvis’ grandson Benjamin Keough – the only son of his daughter Lisa Marie – died at just 27 in 2020 and is buried opposite his grandfather there.