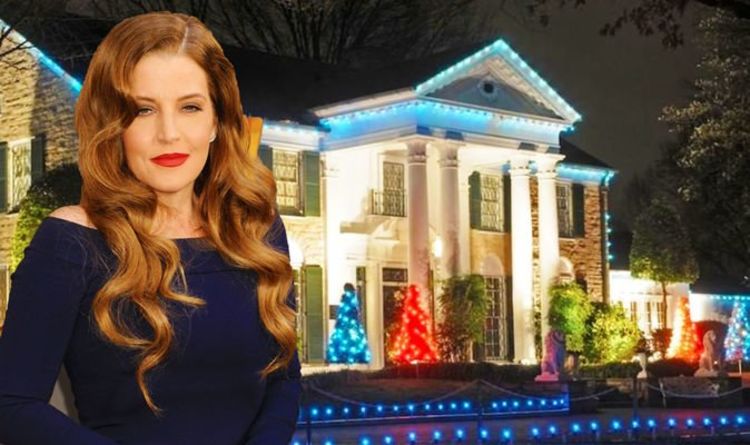 Priscilla has described Lisa Marie’s delight with it all, although she was a little confused about the mysterious man in red with the big white beard: “My father-in-law would dress as Santa. My daughter would look at him, trying to figure out who was holding her… Just like any other typical American family.”

Over the years, Elvis’ gifts to his daughter would become increasingly extravagant. On The King’s very last Christmas in 1976, he gave Lisa Marie her own golf cart. Her parents had already separated in 1972 and she split her time between their homes, even when Priscilla moved to LA.

Lisa Marie has spoken of how her night owl father would sometimes wake her up in the early hours and the two of them would tear around the grounds of Graceland, even occasionally crashing through fences which would be immediately repaired the next day.

After Elvis’s death, Graceland was inherited jointly by Lisa Marie, who was only nine at the time, her grandfather Vernon and her great-grandmother Minnie Mae.

Ruben Randall - May 4, 2022 0
Actor
Dwayne Johnson voices Krypto the Super-Dog in the brand new trailer for his upcoming animated flick DC League of Super-Pets! This is the second...