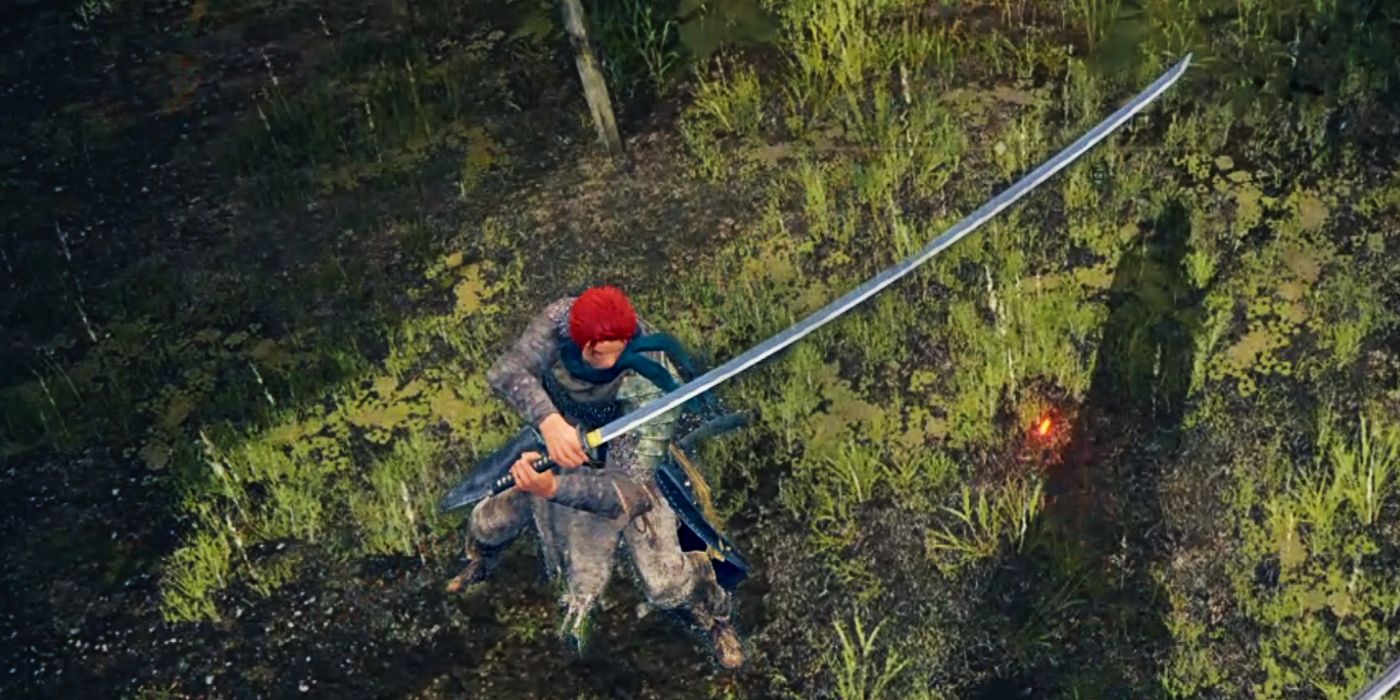 Players can find or unlock the Nagakiba Melee Armament in Elden Ring but they will have to find Bloody Finger Hunter Yura & Nagakiba Ash of War first.

The Nagakiba in Elden Ring is a Melee Armament in the Katana Class of weapons. It boasts an extremely long blade and does extra blood loss buildup in Elden Ring compared to the Uchigatana starting Katana. Players will be able to obtain the Nagakiba in 2 different ways, either completed Bloody Finger Hunter Yura’s Questline or Killing Bloody Finger Hunter Yura when first meeting him.

The three locations in Elden Ring players will be able to pick up the Nagakiba after Bloody Finger Hunter Yura is possessed or killed are:

When the player obtains the Nagakiba Katana, they will be required to have 18 Strength Stat and 22 Dexterity Stat to properly use the Melee Armament. This is because the Nagakiba primarily scales with Dexterity and Strength. In addition, when equipping the Nagakiba for the first time, it will come with the Piercing Fang Ash of War or Weapon Skill.

The Piercing Fang is not Nagakiba’s original Ash of War, as players can remove the Piercing Fang Ash of War and use the Unsheath Ash of War in Elden Ring, which is its original Ash of War or Weapon Skill. The Nagakiba offers the same Slash/Pierce Moveset whether the player 1-hands or 2-hands the Melee Armament. The light attack combo contains a series of 5 forward slashes, and the heavy attack combo includes a combo of 2 ranged thrust attacks. When sprinting, the player will slash downward or lunge forward with a piercing thrust attack. In addition, players can do a quick slash attack when rolling into enemies, which has a faster animation than the standard light attack Moveset.